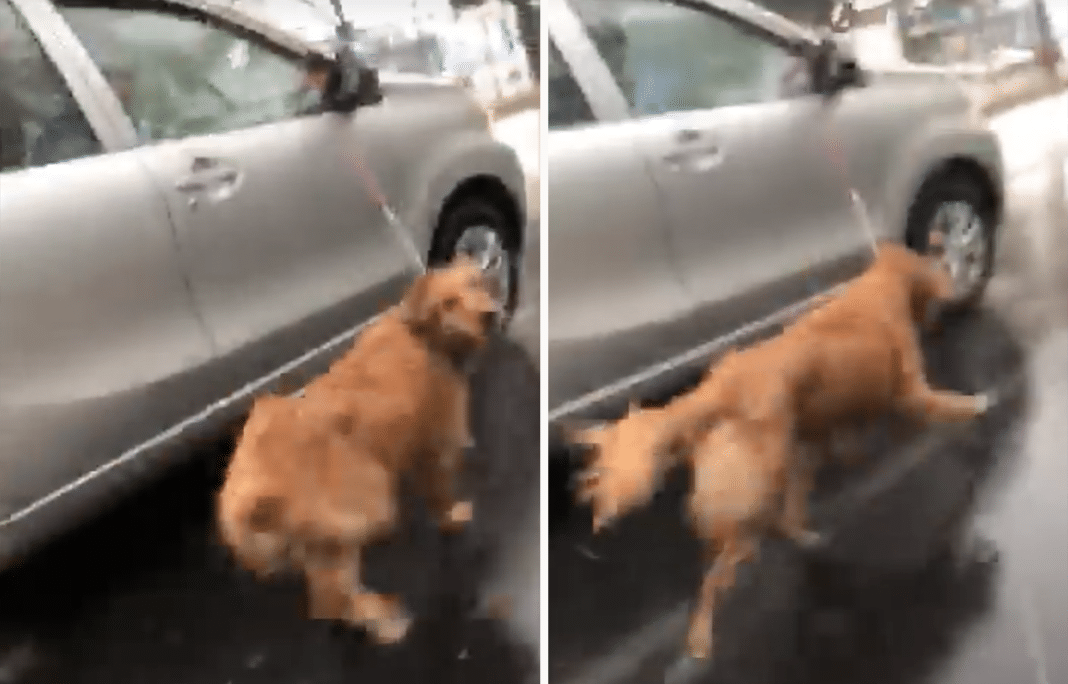 Driving home in the rain on May 12th in Puebla, Mexico, a man named Miguel Angel Spidio saw something shocking in the distance ahead of his car. A silver Toyota Avanza was driving along with hazard lights blinking, and dog resembling a golden retriever was being forced to run along beside it. 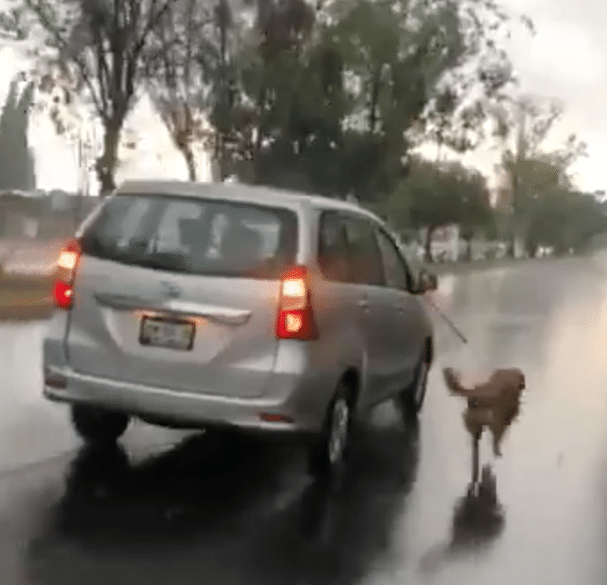 Miguel Angel Spidio sees this before him

The dog was running at a fast clip, and as Miguel got closer, he saw that it was struggling to keep up.

Soon, the car was right beside him, and it was clear the dog was in trouble, while the couple inside didn’t seem to care. Miguel shouted at them through the open window.

“Put your dog inside the car, he’s getting wet!” shouted Miguel.

Instead, the car sped up and the dog was forced to run faster in the pouring rain. Soon the dog was tiring out and it looked as though it might slip and get caught under the rear wheel of the vehicle. 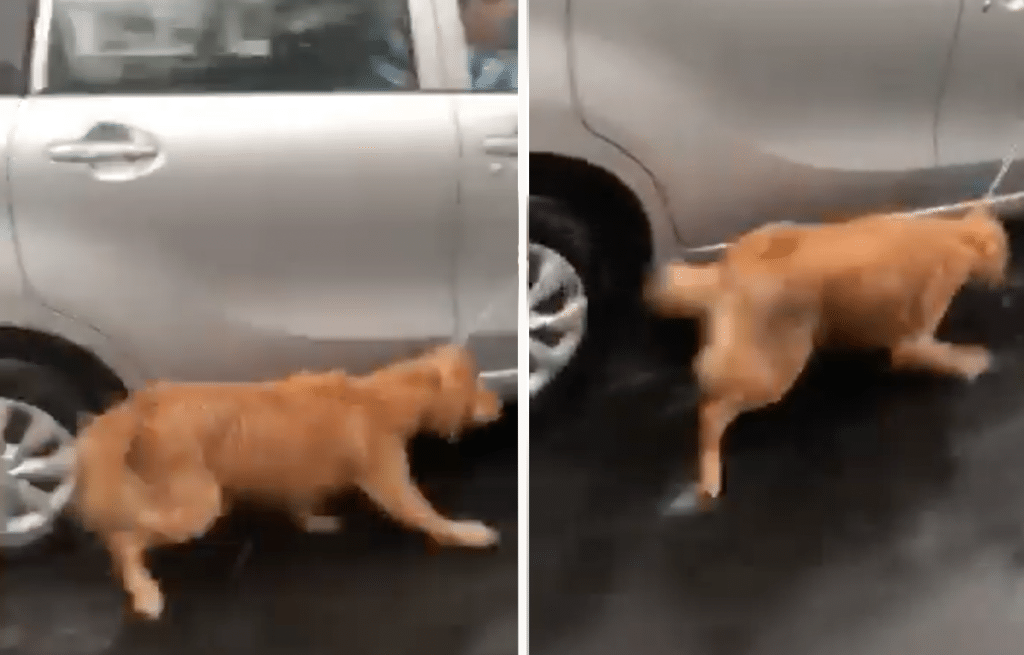 Miguel continued to shout at the drivers as the dog tried its best to keep up.

“You don’t want to do that. The dog is hurting himself! It can’t run anymore!”

He filmed the couple inside the car and got the vehicle’s license plate number, but they refused to stop dragging the dog along the road.

Finally, another driver came alongside the car on the left and Miguel shouted:

Only then did the driver stop. Then, instead of letting the dog get in the car, a man in a striped shirt stepped out and walked the dog down the street with no umbrella at Puebla’s Ecological Park. 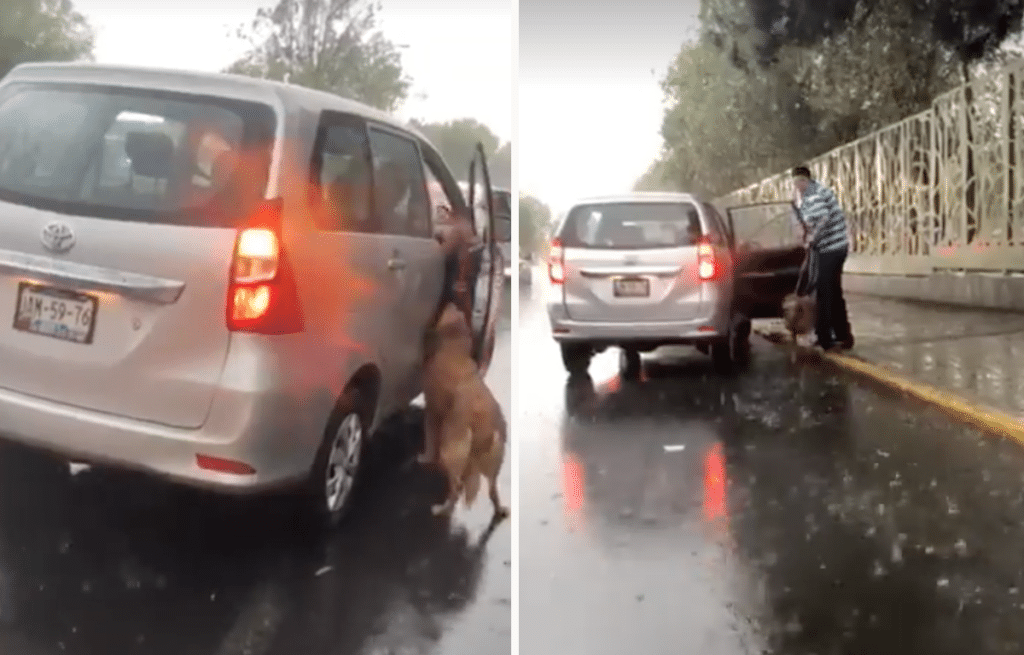 The car finally stop and a man exits the car

Miguel continued to film him as long as he could, determined to find out what kind of person would do this to his pet.

The video went viral on Facebook. Local news picked up the story, and an animal shelter made a complaint to local authorities, who investigated the incident.

Surprisingly, Puebla’s Director of Public Services, Eduardo Vergara, reported visiting the dog’s home and said that the dog appeared well and that the family was properly caring for it. 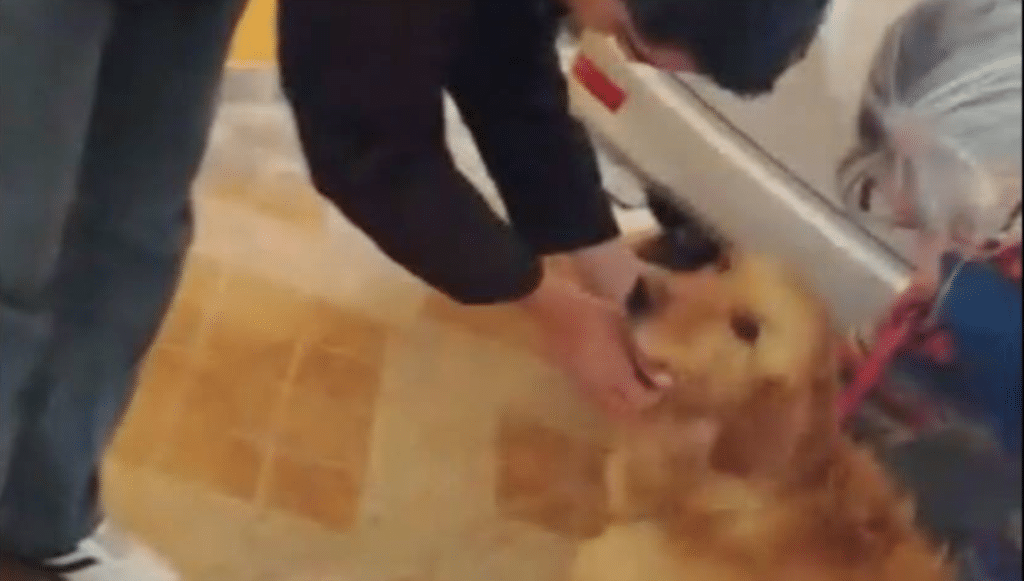 Photo posted to confirm the dog was ok via Facebook

City councilor Iván Galindo Castillejos confirmed the dog was ok, and that the owner and her grandson had been headed to their home two streets away. She claimed that the dog didn’t like to climb into the car. The grandson admitted he had made an error in judgement.

“The grandson admitted his mistake when faced with criticism, Galindo Castillejos said.”

Watching the video, it’s hard to believe these people should continue to own the dog, as it narrowly escaped death. We thank Miguel Angel Spidio for taking action to save the dog’s life.

See the video from the Daily Mail below: