Drill Sergeant Tries To Scare Boy Straight, But He Wasn’t Prepared For What Boy Says Next 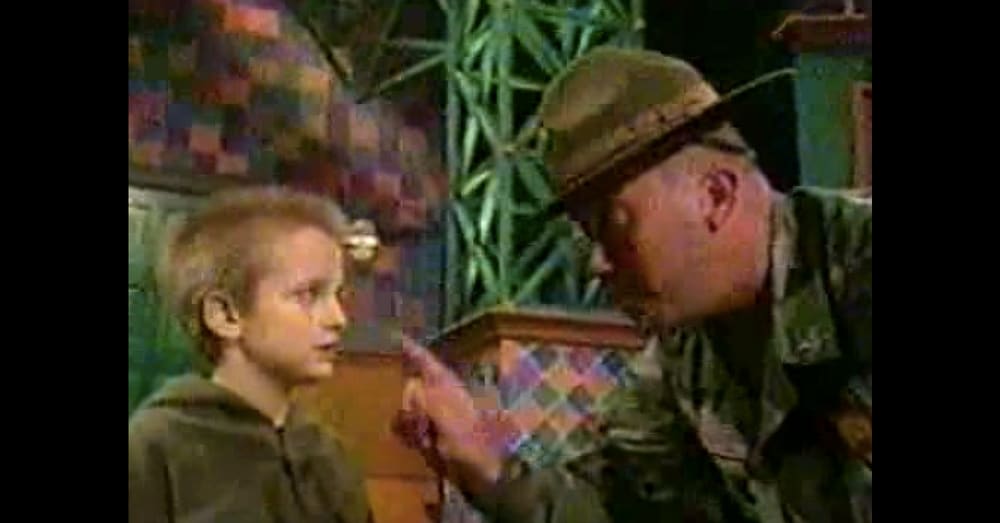 We often talk about the role of mothers in raising children, but sometimes we forget how important fathers are too. Children that grow up without fathers are much more likely to act out and even end up in prison. Fatherhood is an important role that should not be taken lightly.

That was made clear on an episode of The Jenny Jones Show that aired a little over a decade ago. Jones had Drill Sergeant Raymond Moses on her show.

Until 2013, Moses ran a boot camp for troubled teens called About Face. The goal was to bring in kids who had major behavioral issues and “scare them straight” by putting them through a military-style boot camp.

One mother came to the show with her 10-year-old son so he could meet Moses. Her son was out of control and she was at her wit’s end trying to deal with him, so she thought she would see if Moses could help.

Moses expected the young boy to behave like most of the other kids he came across. He thought he would cry or yell back, or at least roll his eyes. But what the boy did instead left Moses speechless.

“You love that woman?” Moses demanded, pointing to the boy’s mother.

“You’re not an adult till you’re 18,” Moses said. “Do you want me to be your daddy for the next eight years, son?”

That was not an answer Moses had ever gotten before. In disbelief he asked, “You do?”

When the boy repeated himself Moses asked him, “Why do you want me to be your daddy?”

“I have no daddy,” the young boy replied.

Moses was stunned. It was so apparent that all this boy wanted – and needed – was a good, strong father figure. He craved that love, attention, and structure so badly that he was acting out because he didn’t know how else to behave.

The boy’s answer touched Moses very deeply. He reached out and enveloped the boy in a huge hug, then put his arm around him and walked him backstage.

Sometimes the most broken and angry people are those who are just desperately looking for love.

Were you touched by what this boy told Sergeant Moses? So share this!