Dramatic High-Speed Police Chase Ends In The Most Bizarre Way 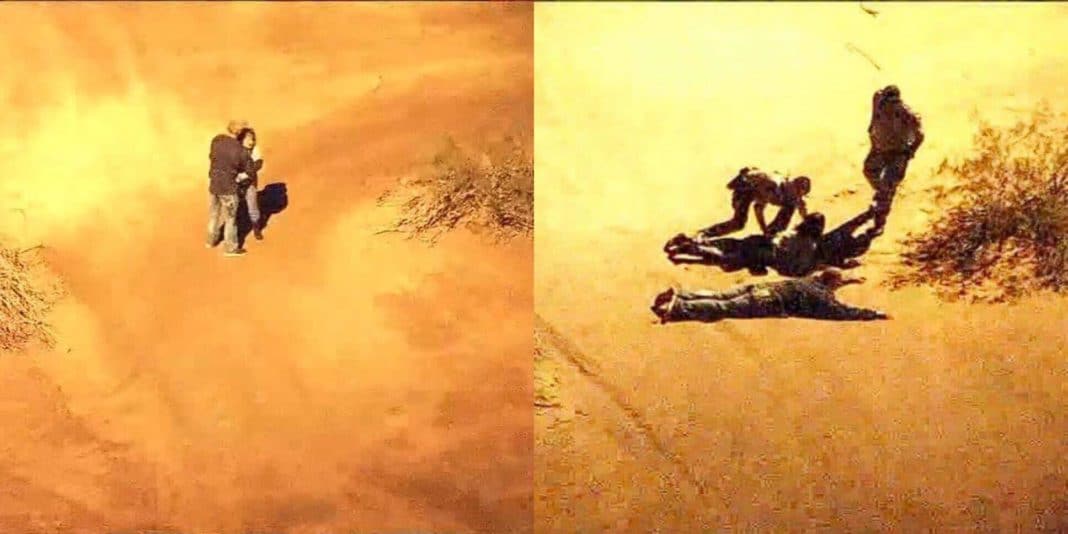 This past Wednesday, a police chase in Mesa, Arizona was captured by a Phoenix television station. This wasn’t what you’d call your normal police chase. The element of danger was there, of course, but it was what the suspects did once caught that raised a few eyebrows.

35-year-old Dustin Perkins and 29-year-old Lovida Flores failed to pull over outside of Apache Junction, Arizona. they were in a stolen silver SUV. Outside Mesa, a patrol officer spotted them but sent out an alert instead of pursuing them himself.

Shortly after the first patrol unit reported the vehicle, another officer noticed the stolen car. This time, a high-speed chase ensued. Other local agencies joined in the pursuit.

The SUV was seen weaving in and out of traffic during a ride that lasted for over 30 minutes. It finally ended after the suspects crashed through a fence. The car ended up in a ditch.

Perkins and Flores exited the vehicle and ran off in opposite directions. They didn’t remain apart for long. Eventually, they were seen walking toward each other before embracing. Police then moved in to arrest them.

Both suspects were injured during the race. Perkins suffered a broken hand. Flores’s injuries were more severe. She was taken to Banner Desert Medical Center where she is listed in serious condition.

According to the Pinal County Sheriff’s Office, the pair will face several charges. They include aggressive driving, criminal damage, and stolen vehicle charges. It was not clear if they had retained an attorney.

The ending of this “Bonnie and Clyde” hunt could’ve been much worse. It’s unfortunate when people choose to commit crime. Their foolish actions don’t just affect them, but others as well. Mostly, those charged with apprehending them. Thankfully the suspects were caught, and no one else was hurt during the reckless search.