Dog’s Favorite Toy Is Santa So He Takes Her To Meet The Real One. Her Reaction Is Gold 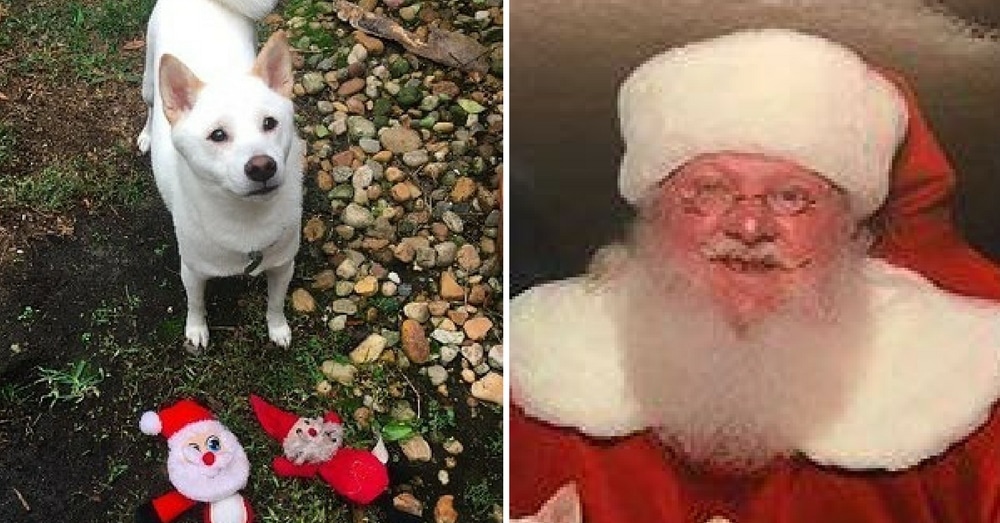 One of the reasons I love dogs so much is that they have so much personality. Their faces convey so many different expressions and emotions, sometimes you could swear they are almost human.

Having a dog of my own, I know they can also most definitely play favorites! While they will be happy chewing on almost anything, all the dogs I’ve known usually have a go-to toy that they absolutely love.

Such was the case with John Mantaldo’s 1-year-old Shiba Inu Kya.

“She really loves her Santa, and she has to have it year-round,” John’s sister, Angelina, said. “Whenever we come home, she brings it to us.”

The family even bought an extra Santa toy just in case anything happens to the original!

So when the siblings saw an ad for pet photos with Santa at the mall, they knew they had to take Kya to meet him.

On Monday they took Kya to the mall. While other people were sitting in on the pictures with their pets, John and Angelina decided to let Kya have her moment to shine all by herself, and shine she did!

The picture they captured has since gone viral! The dog’s pure joy and excitement is clearly written all over her face, and people just can’t get enough of the adorable pooch!

My dogs favorite toy is Santa, so we brought her to see him pic.twitter.com/vPl6YMyOIz

John and Angelina said Kya is usually “super crazy and hyper” and misbehaves when they try to take her out to places like Petsmart, but apparently Santa is magic even for dogs.

“She just sat there and looked at him,” Angelina said. “She was behaving for Santa.”

“She was definitely the most excited dog there,” she added.

Did you love seeing Kya’s excitement over meeting Santa? So share this!