Dog Tied Up And Left To Die, Then Rescuers Find Something That Leads Them Right To Monster Owner 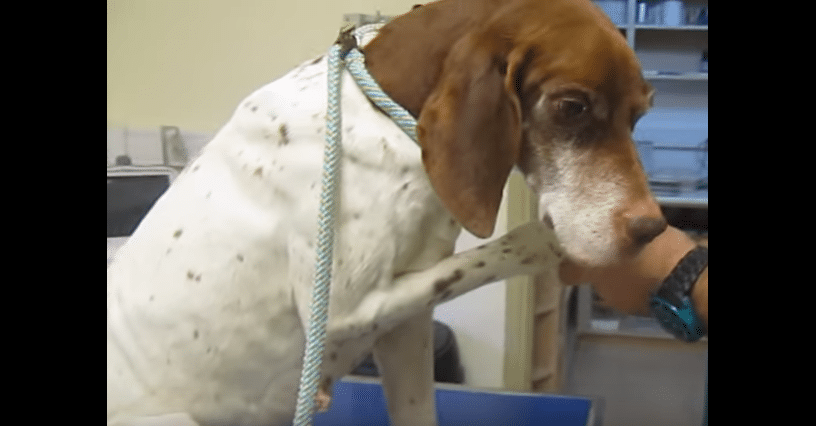 It is hard for me to understand why someone would ever hurt or abuse an animal. Animals are innocent and trusting – what could ever possess a person to treat them cruelly?

Yet, despite my inability to understand it, there are people in this world who treat animals in the most inhumane ways.

Such was the case when Valia Orfanidou and her partner Georgio found an abandoned dog tied to a tree in Athens, Greece. Someone had called to tell them about the dog, but when they found him the situation was even worse than they thought.

The poor dog was skin and bones and confused because he was so malnourished. He didn’t seem to mind Valia and Georgio being there, though, so they put a leash around his neck and immediately took the dog – who they named Tool – to the vet.

It was there that they made a startling discovery – the dog had a microchip.

Valia called the number associated with the chip and was told that Tool’s original owner had given him to another man who was a hunter.

It turned out that when Tool formed a limp and could no longer help the new owner with his hunting the man tied him up to a tree and left him there to die.

Thankfully Tool was rescued from that horrific situation and people who loved and cared for him were able to nurse him back to health.

It took Valia only two months to get Tool healthy again, and now he is leading a full and happy life with a new owner who will care for and protect him for the rest of his life!

See Tool’s amazing recovery for yourself by clicking below:

Would you like to see Tool’s former owner brought to justice for the horrific way he treated his dog? So share this!