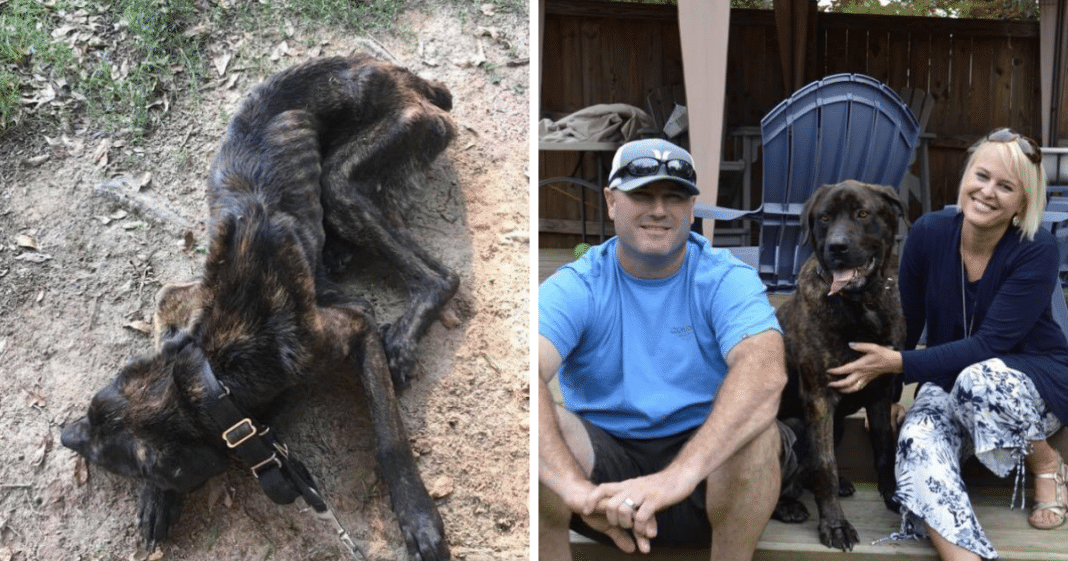 Fantastic news – an update on Champ’s Facebook page reveals that pup has finally recovered enough to be able to go to his loving new home.

“Today, the rest of my life starts as I head home with my forever family! They were very carefully chosen as apparently I’m pretty famous & everyone wants the best for me. I assure you all, I am getting the best!”

“They are coming this afternoon, so stay tuned! I can’t wait to see them again.”

The original story can be read below:

A Laurens, South Carolina woman took vengeance on an innocent dog that belonged to her ex-boyfriend. Although she continued to feed her own dogs, she starved his 16-month-old Mastiff mix to the point that he was barely alive, just skin and bones and covered in maggots.

She took revenge on an innocent animal for her breakup…pathetic.

When The dog, named Champ, was rescued, he weighed just 50 pounds. 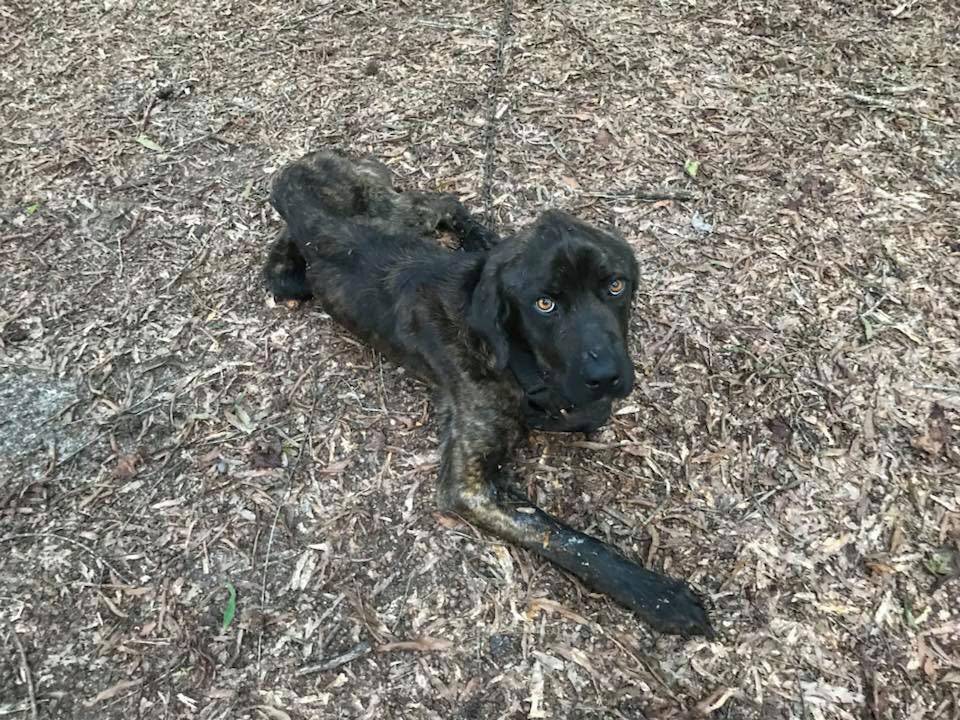 He was tied up outside for an estimated six months and may have been without food for 30 consecutive days, according to the Spartanburg WSPCA.

Authorities from the Laurens County Sheriff’s Office arrested James for animal cruelty on August 16. She has since paid a $15,000 bond.

“She intentionally did not feed this dog. This dog was on her property. She sees the dog every day and sees his conditions are worse. She could have stepped up, contacted law enforcement, animal control, she could have put this dog on Facebook and tried to find a home for the dog. She just chose not to,” Sheriff’s Captain Chris Martin told WSPA.

After hearing about Champ in a social media post, a New York-based group, Rescue Dogs Rock NYC, reached out to Laurens County Animal Control and soon took the emaciated dog into their experienced care. Champ would receive round-the-clock care and therapy.

Although at first, the dog’s condition looked beyond hope, he began a long road to recovery.

Champ was so debilitated from starvation that his body couldn’t produce red blood cells. He couldn’t even stand up, but now, with regular intensive therapy, he has a chance for a new life.

His body is starting to make red blood cells again, and his ribs aren’t quite as prominent as they were a short time ago.

Rescue Dogs Rocks NYC is a volunteer & foster based rescue dedicated to saving abused & at-risk dogs as well as finding them loving homes.

You can follow their Facebook page, and also Justice for Champ, to get updates on Champ’s progress.

Their latest update on Champ is very encouraging. Soon, he may be ready to find a loving forever home where he will never face abuse again.

“Happy Monday from Champ who continues to do amazing! He’s off IV & on all oral meds & he can stand & walk on his own! His transformation has been amazing over the past 2 weeks. We are thrilled for this amazing dog who continues to defy the odds! ?????”

Happy Monday from Champ who continues to do amazing! He’s off IV & on all oral meds & he can stand & walk on his own! His transformation has been amazing over the past 2 weeks. We are thrilled for this amazing dog who continues to defy the odds! ?????