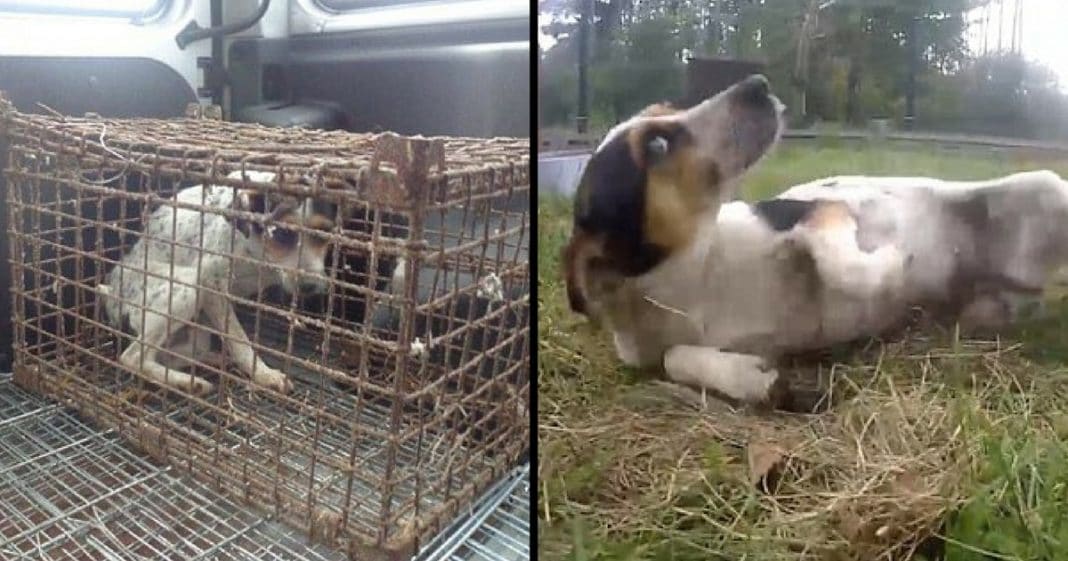 When rescuers in Poland found Liszka she was locked in a cage without food or water, lying in her own feces.

They don’t know how long she had been trapped in that cage, but it was long enough that contractures had developed on her legs, hardening the muscles and making it almost impossible for her to walk.

“She was lying and waiting for death,” the rescuers from OTOZ Animals wrote on their social media page. “She was somewhere between scrap and waste.”

The poor dog was terrified of people and would shake in terror whenever someone tried to approach her.

While it seemed like all hope was lost for little Liszka, her rescuers were determined to give her a new life.

A veterinarian working with the rescue organization began to massage her legs, relaxing them enough so she could scramble across the floor.

In time, and with a lot of practice and determination, Liszka began to regain strength in her legs and can now walk and run.

Her trust in humans has also been restored as she has finally been shown the love and care she deserves.

Liszka’s former abusive owner is being investigated by police. Her rescuers are hopeful that he will never be able to own a dog again.

Thankfully Liszka now has a forever home with owners who will love and care for her for the rest of her life.

Were you happy to see the happy ending to Liszka’s sad story? So share this!