Dog Grabs Toddler, Tosses Her Across Yard. But When Mom Runs Out She Sees Why 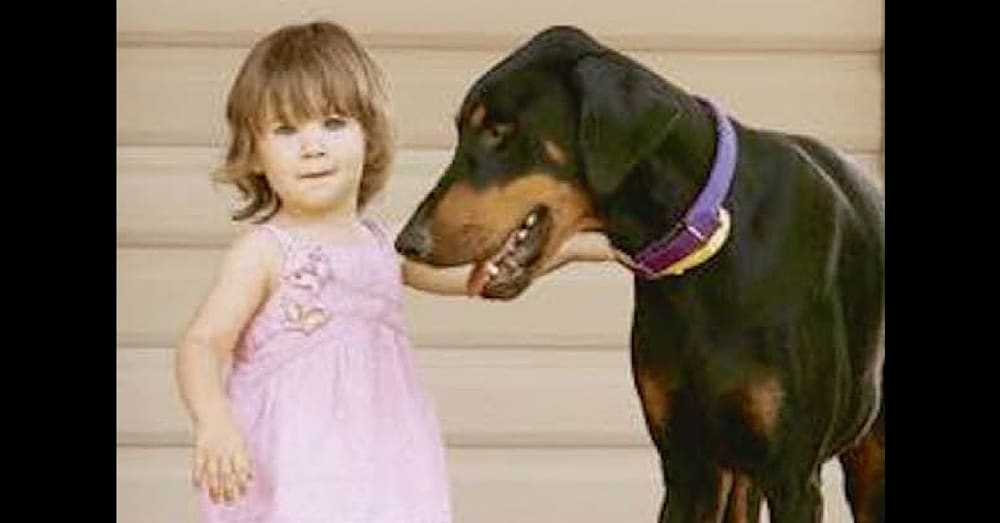 When Catherine decided to adopt a Doberman named Khan into her family, she wasn’t sure if the rescue dog would have any problems with her 17-month-old daughter Charlotte, so she was happy to see that the two became instant pals.

Only a few days later, though, while Charlotte and Khan were outside playing, Catherine noticed the dog becoming aggressive. He began pushing Charlotte around and snapping his teeth, and before Catherine could intervene, he grabbed the little girl by the diaper and tossed her several feet across the yard.

The concerned mother was running toward her daughter when she suddenly heard a yelp. When she turned around she saw it – a deadly king brown snake had just bitten Khan on the paw.

Find out what happens next on Little Things!