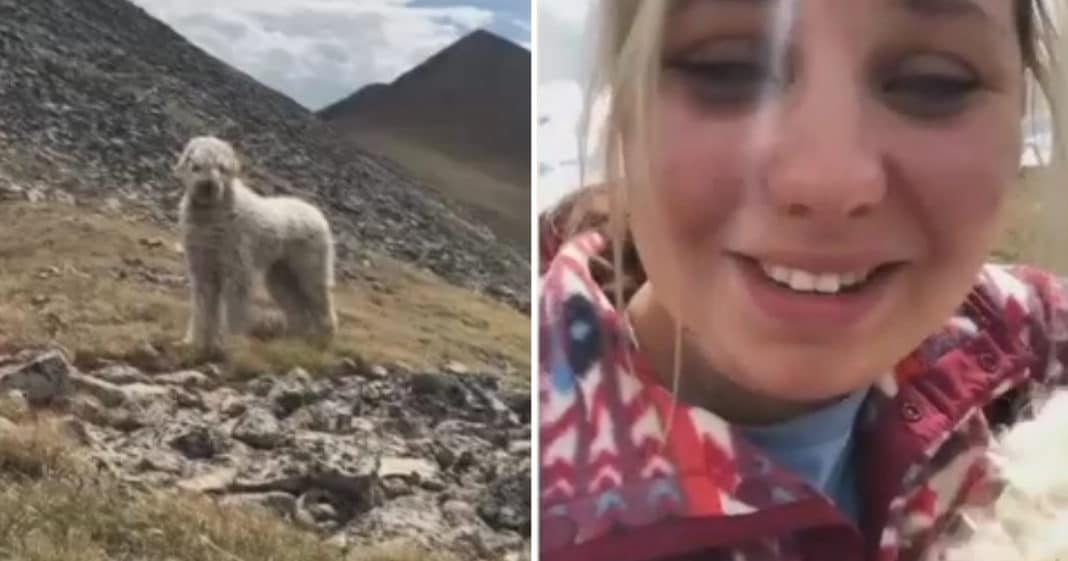 On August 7th, a mother and daughter were involved in a terrible car accident in Chaffee County, Colorado. Jennifer and Sam Ore are from Wichita, Kansas. Jennifer, 43, was driving a 2014 Jeep Wrangler down Iron Chest Road when her vehicle went off course.

According to Chaffee County Search and Rescue, the car struck a rock and slid down a slope. Jennifer died on scene. Sam had to be transported by helicopter to a hospital.

One week after the tragic accident, Sam paid tribute to her mother on social media. she said her mother was a “Force.”

“I am so proud to be her kid and to go forward from this with hope and peace and fire,” Sam wrote. “Thank you again to everyone for their love, support, and mostly, your prayer.”

Sam suffered displaced ribs and compressed vertebrae. Thankfully, she is expected to make a full recovery. Some wounds though, cause more pain and need more healing than bumps and bruises. Sam and her mother weren’t alone in their car. Sam’s dog Bentley was also with the two women. He ran away after the crash. A Facebook page was created to help bring Bentley Home. The Goldendoodle was last seen running down Iron chest Road.

Friends and family, as you many of you know, my mom and I were involved in a Jeeping accident Tuesday, August 7th in…

“It has been two weeks since Bentley was last seen running downhill from Iron Chest Road in Chaffee County in Colorado after a fatal Jeep accident on Tuesday, August 7th, 2018. Please continue to share his story and spread the word. We know he is still out there and scared. We need to get Bentley back home to Kansas to his grieving family.  #bringbentleyback”

Days after his disappearance, the pooch was discovered near the mountain of the trailhead where the accident occurred. Sam wrote a post of thanks on the Facebook page where she thanked Joseph Stratmann. He helped find her precious pup.

“Everyone, please meet Joe (on the right), Joseph Stratmann, from northern Colorado. Joe saw an ad regarding the search for Bentley on Craigslist and drove hours across the state to help with the search. Joe was the first person to have spotted Bentley, which occurred on Thursday, coincidently around the same time I had left KS for CO! Upon hearing the news, I sobbed in the car and couldn’t WAIT to meet this incredible person who saw my baby with his own eyes, alive and healthy!”

BENTLEY HAS BEEN RESCUED!This guy has been what can only be compared to a mountain goat for the past 19 days. After the fatal accident where I lost my mom, Bentley was last seen running down hill from the accident. For the past 3 days he has been spotted far far above the accident site, laying amongst the rocks along the ridge of the mountain. Peering down at the Jeep wreckage, patiently waiting for his family to return. This morning, I left Pueblo, CO at 4:45am and drove the accident site in Buena Vista, CO. Along with a team, we spent hours hiking to the top of said mountain. I have never, and I mean never, done such dangerous and rewarding activity in my entire life. We were able to spot Bentley early in the day, a few hours in, I came within 30-40 feet of him. He wouldn’t come to me, but seemed interested. Eventually his fear got the best of him and he made his way to the ridge (top). I slowly but surely followed him, upon reaching the summit, I could see him watching me. I got close to him, laid down, unpacked some items to eat and a new toy I’d purchased from him. He never moved an inch for over 15 minutes. Eventually I decided to give him some space, back off for a few minutes, and that got his attention. When I came back, him and I slowly altered walking few steps towards each other until finally I was able to convince him to come into my arms. And from then it was nothing but tears and celebration! Bentley is okay, he’s a little malnourished and dehydrated. But otherwise no noticeable injuries. Thank you to everyone who played a role in bringing this sweet boy home. I know the past 19 days, God and my beautiful momma have been keeping an eye on him. GOD IS SO GOOD! ❤️

Thanks to Sam, we have her reunion with Bentley to watch and smile over. At first, the dog hesitates when his mistress calls him. It isn’t long though until he runs to her.

See this heartwarming meeting for yourself. Though this story is sad because Jennifer is gone, Sam can now make a full recovery knowing her Bentley is alive and well and home with her.