Dog Stranded In Hole For 3 Days, Cries Tears Of Joy When He Sees 2 Women Peering Down On Him 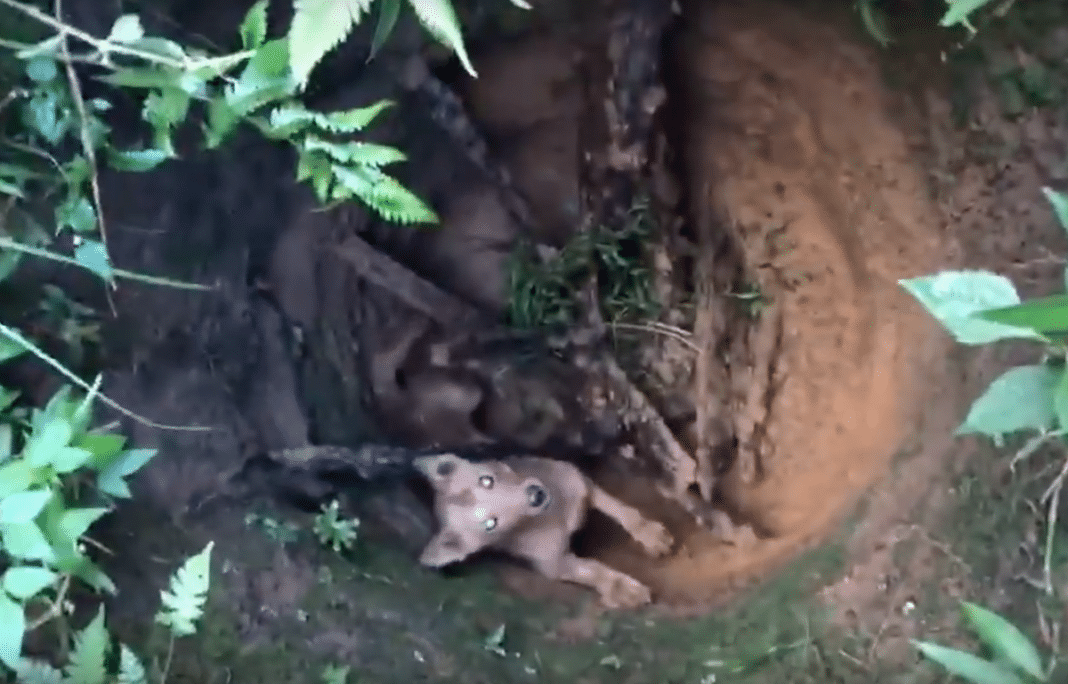 A brown dog went out exploring in Lâm Đồng, Vietnam. The agricultural area is known for growing coffee and tea, and much of the beautiful hilly landscape is covered with lush thick vegetation.

While running freely in the forest, the mixed-breed dog suddenly found himself plummeting down a deep hole that appears to have been the start of a well. The entrance to the hole was camouflaged by thick leaves all around it.

In an instant, he tumbled down as he yelped in surprise. He knocked against sticks as he crashed with a thud onto the muddy floor. Fortunately, the soft mud broke his fall, but the sides were steep and the bottom was as deep as a tall full-grown man.

The air was knocked out of him, and he scrambled back to his feet, peering up at the sky from the dark.

He was stranded with no one around to hear him whine and bark for help. He tried to get some traction on the muddy walls but try as he might, he tumbled down again. His struggles tired him out and he slept all alone in the dark with only the sounds of the forest to keep him company. 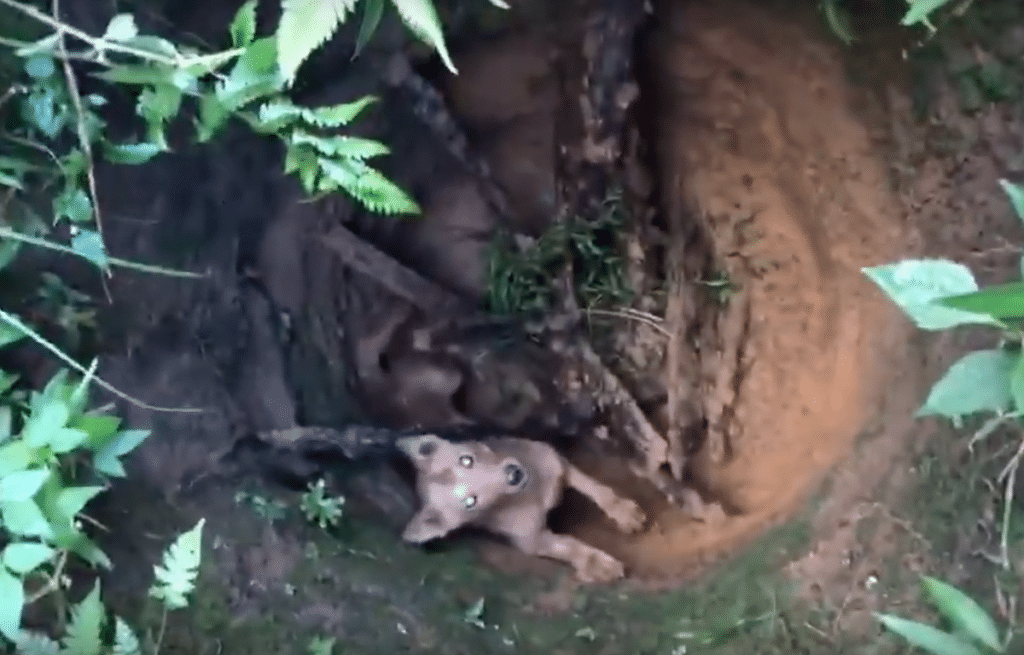 Dog looks out from the bottom of the hole

For two more nights, he remained stranded. His thirst and hunger grew, but there was nothing except mud to eat. He looked at the light coming from above with hope but it was useless. He was exhausted from hours and hours of attempts to get out without any signs he ever would again. The sky seemed further and further away from his reach.

On the third day, he thought he heard something. A woman’s voice! His ears pricked up to full attention, and he listened as hard as he could. Then he heard her again. He was overcome with excitement, barking and crying for help.

Then, two women appeared at the top of the hole. One woman took a video as they peered down at the glowing eyes staring at them. 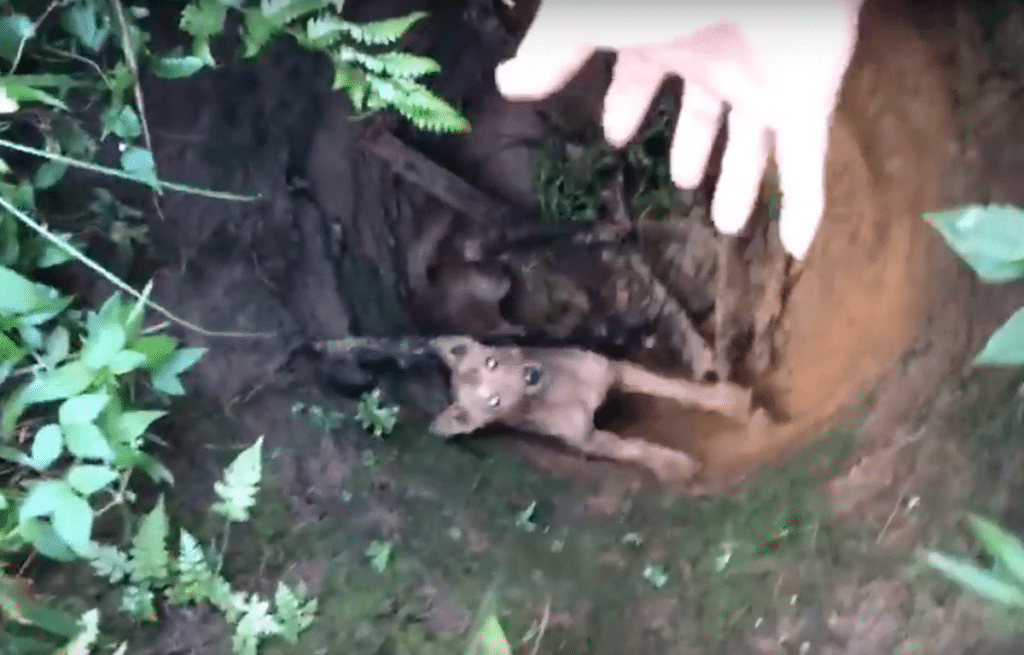 A hand reaches out to him from above

The dog knew this was his only chance. He barked hysterically as the woman discussed what to do. Someone went to fetch a ladder as they discussed how long the poor dog must have been in the hole.

They realized it must have been three days since their last visit to the area.

Soon, the ladder went down, and the dog lept and cried in excitement. Although he was physically exhausted, his spirit was already lifted as one of the women started down the ladder, ready to carry him out at last. 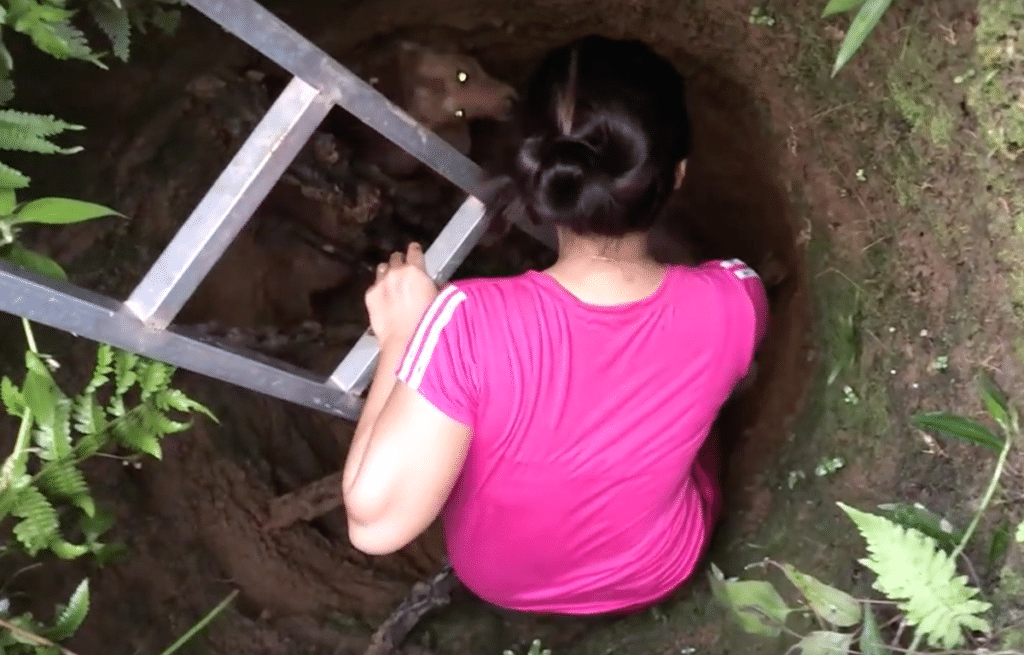 The woman goes down the ladder

He showed no fear, virtually jumping into her arms as she struggled to get him from behind the ladder. He gave himself over to her completely as she hoisted him into the air. After so many days in the hole, the light now seemed blinding, as he came closer, and then she handed him off to her friend, who didn’t hesitate. 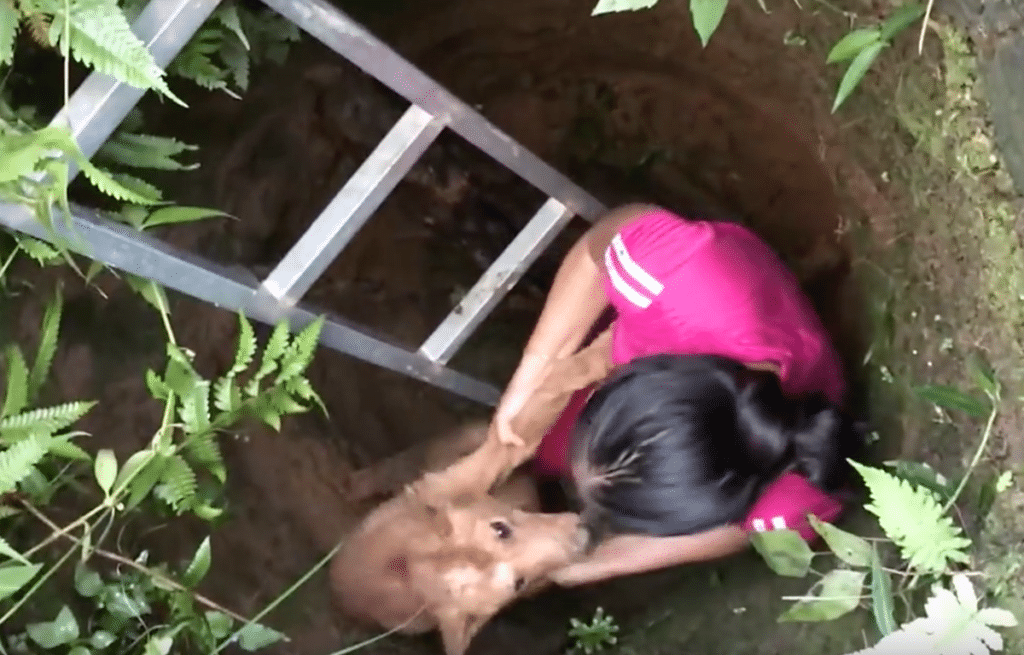 The dog practically jumps into her arms.

He dizzily arrived into the daylight, covered in mud, starving, thirsty, but exhilarated to be back on the surface. He shook himself off as his rescuer tried to guide him with her arms, afraid he just might topple back down the hole in the excitement. 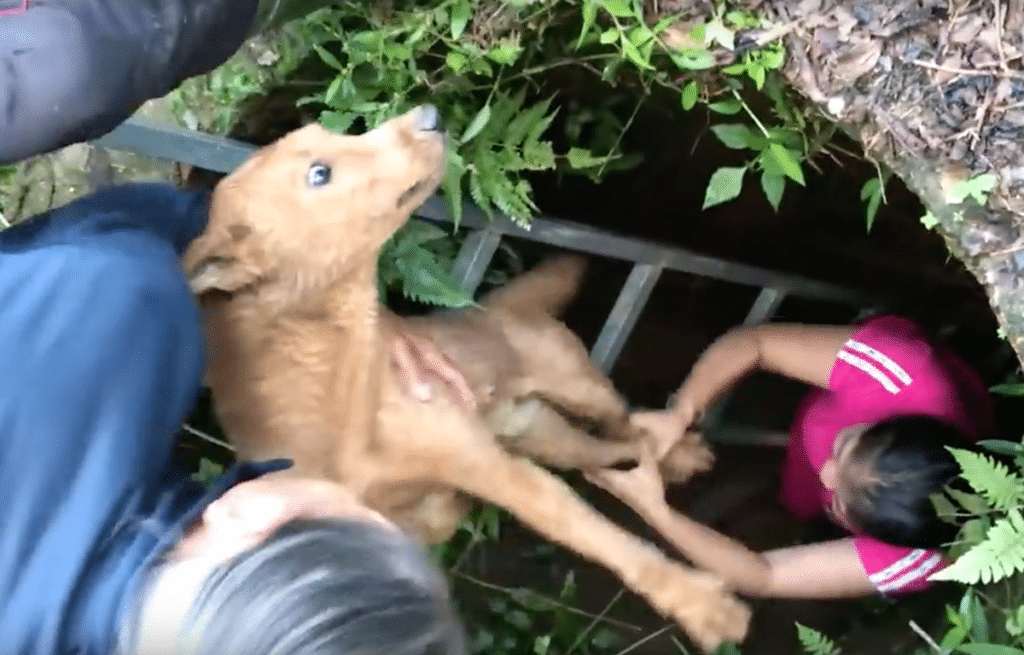 The women work together to save him.

Thanks to the kindness of the two women, he got a fresh start at a new life. He would go on new adventures in the forest but would keep a more careful eye where his paws might take him from that day on.

See the heartwarming video below from Rumble: