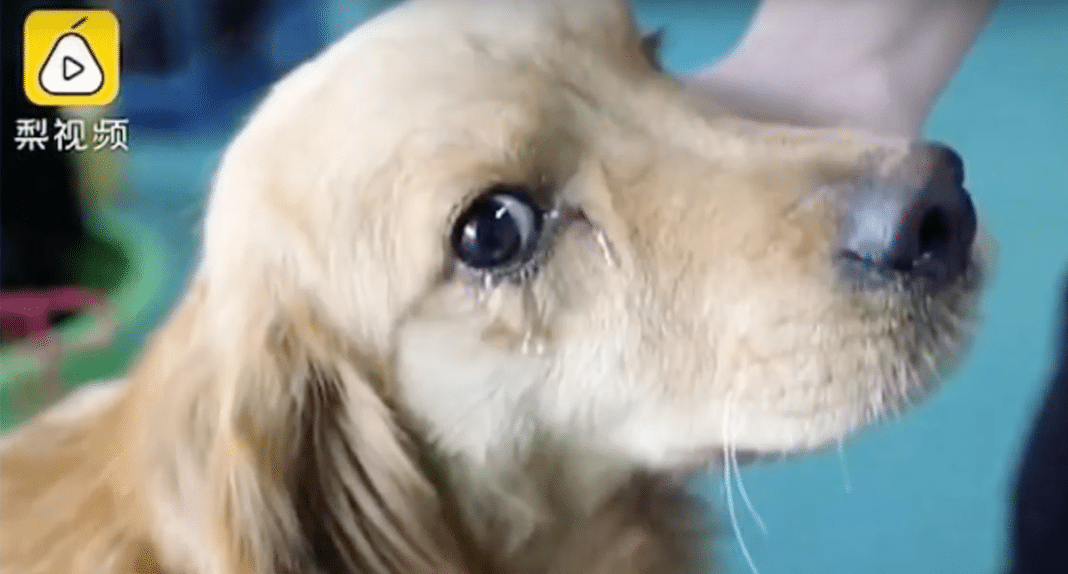 A group of animal lovers went out looking for a missing dog in Kunming’s Xiaobanqiao Market in China. They happened to spot a dog that looked similar to the one they were looking for, but soon discovered 20 dogs that were locked up in small rusty cages, destined to be slaughtered at the meat market. 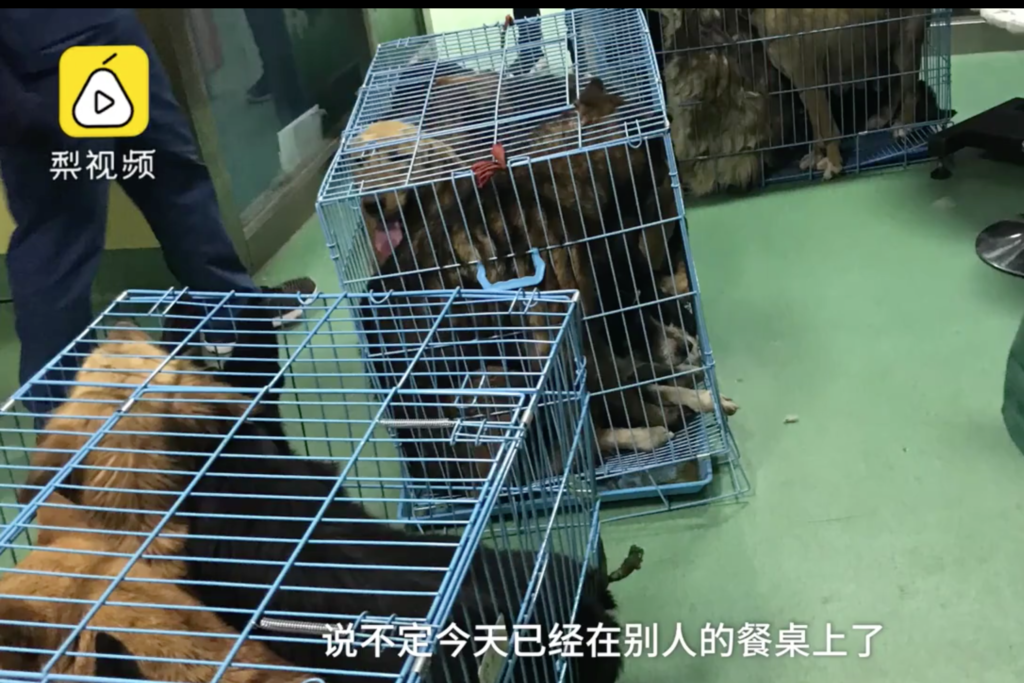 The people who captured the animals refer to them as “meal dogs,” as horrific as that is for us to think about.

These very lucky dogs were saved from the truck.

One dog, a female golden retriever, has put a spotlight on the unimaginable cruelty, as it appeared in photos and video, looking as if it was crying for joy after being rescued. 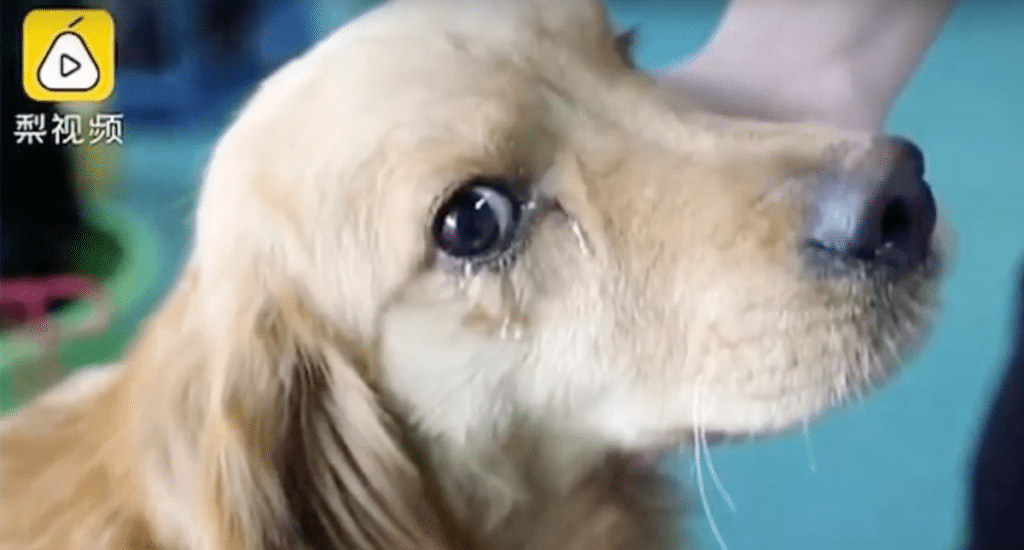 Crying golden retriever after being rescued

The dog, as well as many of the others on the truck, is believed to have been a stolen pet.

The group of dozens of animal lovers from a rescue group called Kunming’s Sanhe Animal Protection Centre had to pool together their resources to come up with 14,450 yuan, equivalent to around $2,271 U.S. dollars.

The rescued dogs were taken to the animal hospital for examinations and treatment, where the golden retriever appeared to cry. The veterinarian said the tears were probably more due to an optical checkup rather than emotion, but she really does appear relieved to be alive, safe, and in the hands of caring people. 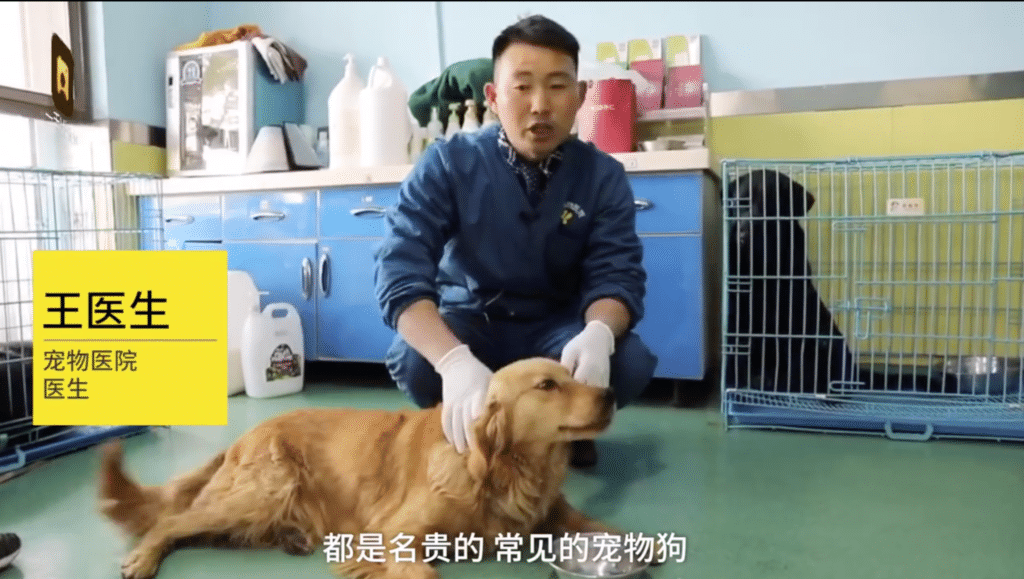 Most of the 20 dogs have already been adopted, with the exception of one dog, that was reported in good health at the animal hospital.

Witnessing what happens to dogs in areas like China is heartbreaking for us, as we would never consider them a food source. It also makes us aware that the quality of life matters for all animals.