Dog Can’t Walk After Being Hit By Car, But Watch What He Does When Man Comes To Rescue Him… 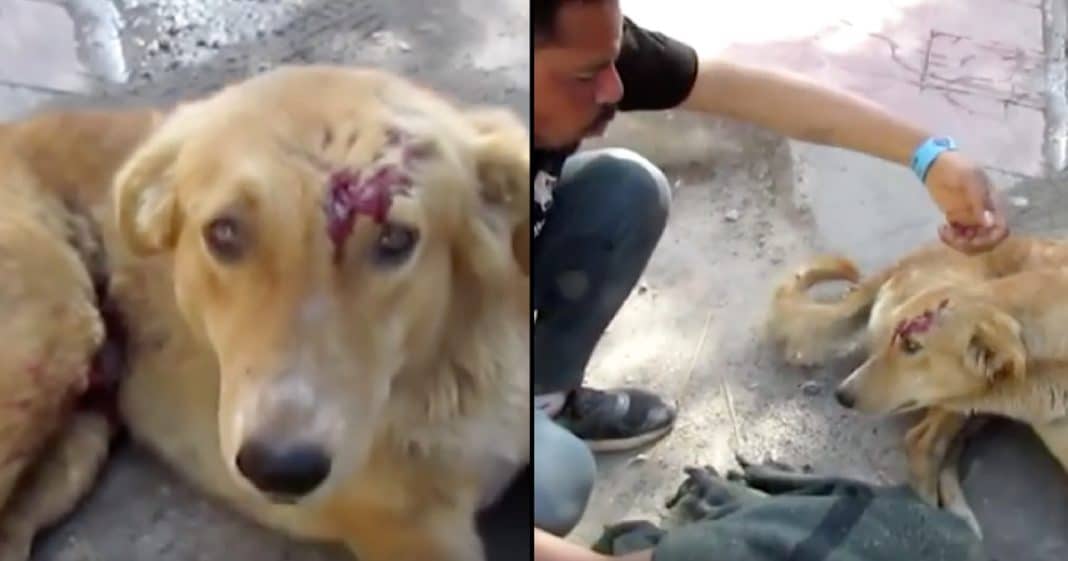 One of the reasons we love dogs so much is their unending capability to show love. Even when they have been hurt or mistreated, they still find ways to trust again and show love and kindness that is often difficult for us as humans to understand.

When this dog got hit by a car he was injured so badly that he wasn’t even able to stand. Hurt and bleeding on the side of the road, he waited to see if anyone would come to help him.

Finally, a man showed up to rescue him. Even though he was injured and in a lot of pain, this dog still wanted the man to know how much his help was appreciated. Click below to see the sweet thing he did next…

Despite the pain, he wagged his tail in thanks and leaned in for a pet.

Just two months later, the dog – renamed Goldie by his rescuers – was back on his feet and playfully showing lots of love to everyone he could get his paws on!

Were you happy to see Goldie rescued? So share this!