Terrified Dog Bolts After Car Accident, Then Heartbroken Friend Prays For A Miracle 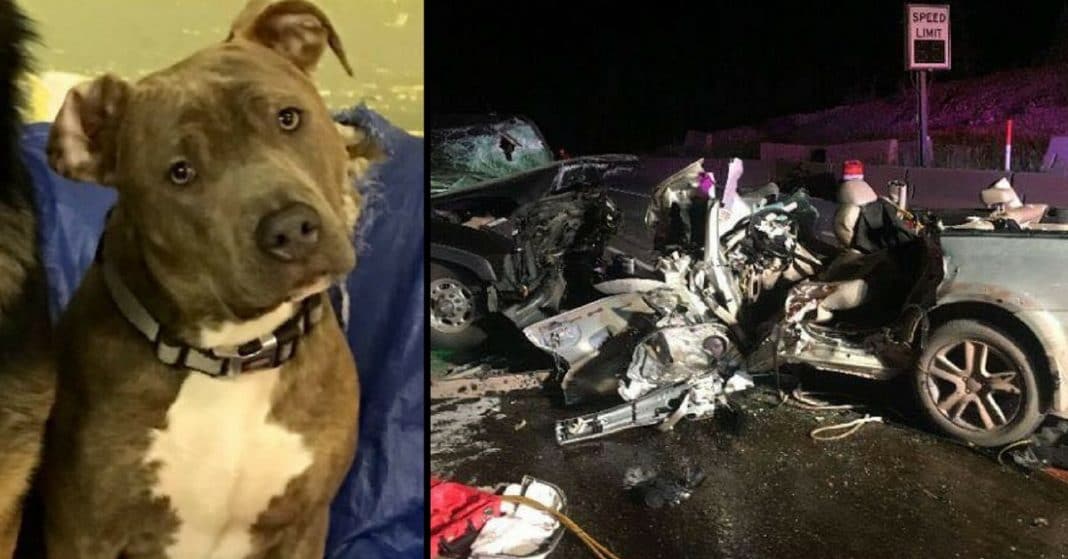 When tragedies strike, the last thing anyone would want to hear is that someone they love was lost, hurt, or fatally wounded in the midst of it. In fact, getting the call of reassurance is often what is needed to get through the heaviness of the misfortune that has taken place.

While that is not the reality for everyone, hearing stories of when it is can be absolutely heartwarming.

Chance Patterson, a Colorado resident, had stopped to pick up his dogs – a German Shepherd named Carlitos and a Pit Bull named Izzy – from the Vail Doggie Day Spa after work.

But while the trio was driving home, a drunk driver collided head-on with Chance’s vehicle.

The scene was terrifying. It didn’t look like anyone could have made it out alive.

Miraculously, Chance did survive. He was conscious and responsive when first responders found him, though the accident left him with a broken elbow, some broken ribs, and an injured lung.

Chance was rushed to the hospital, but even in the midst of the chaos and pain, his main concern was for Carlitos and Izzy. He asked some witnesses about the condition of his two dogs, but the answer he got left him more saddened than ever.

Unfortunately, Carlitos, just two-years-old, did not survive the accident.

Witnesses said they did see Izzy emerge from the wreckage, but she had run away from the scene right after the crash and was nowhere to be found.

The loss of the two animals that meant everything to him took things from bad to worse for Chance. He was heartbroken.

In the following days, Chance began to recover physically, but emotionally he was still scarred. The hospital knew they had to do something about it.

The staff joined forces with Lisa Blazynski, an employee of the Vail Doggie Day Spa, in search for Izzy. Izzy was a shy dog, so they knew having a familiar face and voice there was the best way to bring her home.

As they searched near the site of the crash, Lisa prayed to St. Anthony – the patron saint of lost things – that the pit bull would turn up.

Minutes later, Izzy did exactly that. As Lisa called her name, the dog came running full speed toward her. Izzy was so excited to see her that she actually knocked Lisa over!

Amazingly, Izzy had suffered very little injury in the accident – she only had a minor toe sprain.

Chance was joyous beyond words when he received the news that Izzy was alive and well. While he continued to recover, Izzy was treated by Susan Klein, a Colorado veterinarian.

In a video of the reunion, the love and companionship between the two is so evident – it has been making hearts smile since its original posting.

We are so happy to see these two reunited and to know that Chance doesn’t have to walk through his recovery alone. While there is still a long road ahead of them, we know these two faithful friends will have each others’ backs!

Were you happy to see Chance and Izzy reunited after the terrifying accident? So share this!