Doctors Told Mom To Abort Conjoined Twins. Today She Showed Them Why She Chose Life 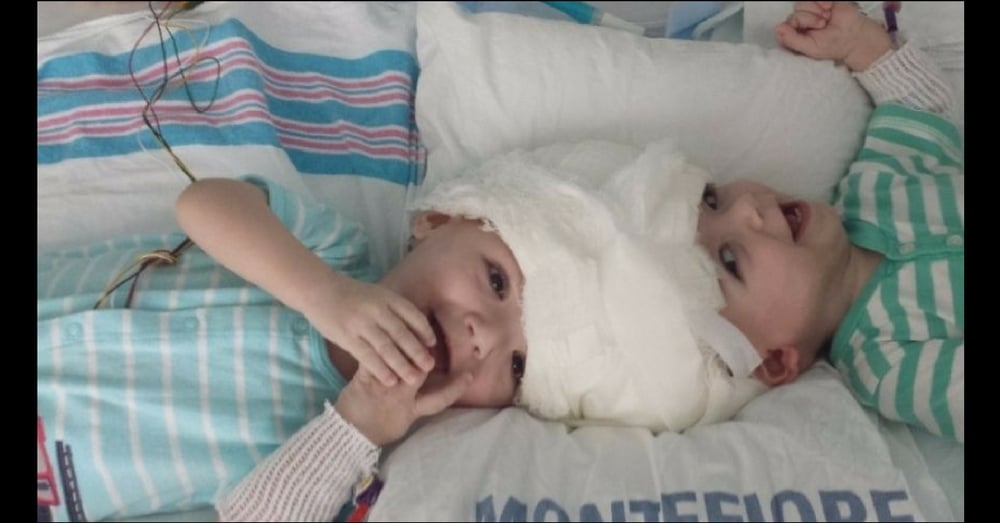 A team of surgeons successfully separated a pair of twin boys conjoined at the head in a marathon procedure that lasted more than 16 hours. According to their mother’s Facebook post, 13-month-old twins Jadon and Anias McDonald are not out of the woods yet, but each underwent reconstructive surgery on their skulls early Friday.

“TWO SEPARATE BABIES!!!… and yet I ache with the uncertainty of the future,” Nicole McDonald wrote in part on Facebook. “I didn’t cry until the surgeons left the room. I was barely able to even utter the words ‘thank you’ because of the pit that still sits heavy in my stomach. We are standing on the brink of a vast unknown. The next few months will be critical in terms of recovery and we will not know for sure how Anias and Jadon are recovering for many weeks.”

McDonald and her husband, Christian, were already parents to 2-year-old Aza when they found out they were expecting twins in March 2015. According to a post on the family’s GoFundMe page, McDonald was informed that her twins were conjoined at the head around 17 weeks into her pregnancy.

“I was given the option on many occasions to abort my precious babies,” McDonald wrote on the page. “I kindly declined. I heard their heart beats…they spent their life listening to mine. It was my job as their mother to give them life and I decided that I would give everything up, if need to, to do so.”

Read more about the procedure and what is in store for the boys now on Fox News.