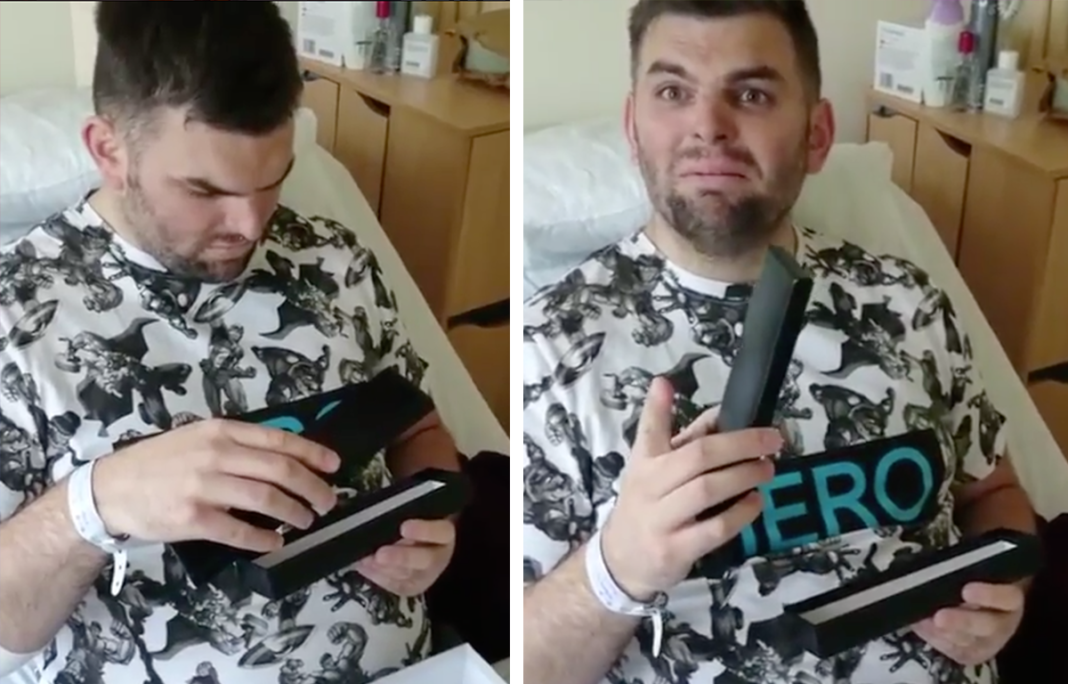 Alisdair Cameron, a banker from Paisley, Scotland, didn’t think he’d ever have children again at just 32 years old. Doctors told him he would be infertile following aggressive rounds of chemotherapy and radiotherapy for leukemia.

He was diagnosed in 2016 while his wife Natalie was pregnant with their first child, Joe. He recovered, but the cancer returned in May 2017, and he returned to the hospital.

During his first round of treatments, his wife’s pregnancy and the birth of their child gave him hope that he would recover. Now Natalie, 31, knew she had some news that would help him once more.

Natalie gave him a surprise gift while he was sitting on his hospital bed. It was a wrapped gift with several clues inside.

“I wanted to surprise him and cheer him up so I made up a parcel with clues and made Alisdair guess what the news was,” she said.

At first, he doesn’t figure it out, but then he gets to the center of the package and burst into tears.

“It was just such an amazing shock.”

“I had no idea that Natalie was pregnant – we thought that was impossible. I just burst into tears. I couldn’t believe it.”

Finding out that he would be a dad again was just the hopeful news he needed to confront what lay ahead, as he faced a stem cell transplant, developed a rare condition, and almost died from sepsis. He made it through, and nine months later, baby Leo was born into a happy family. 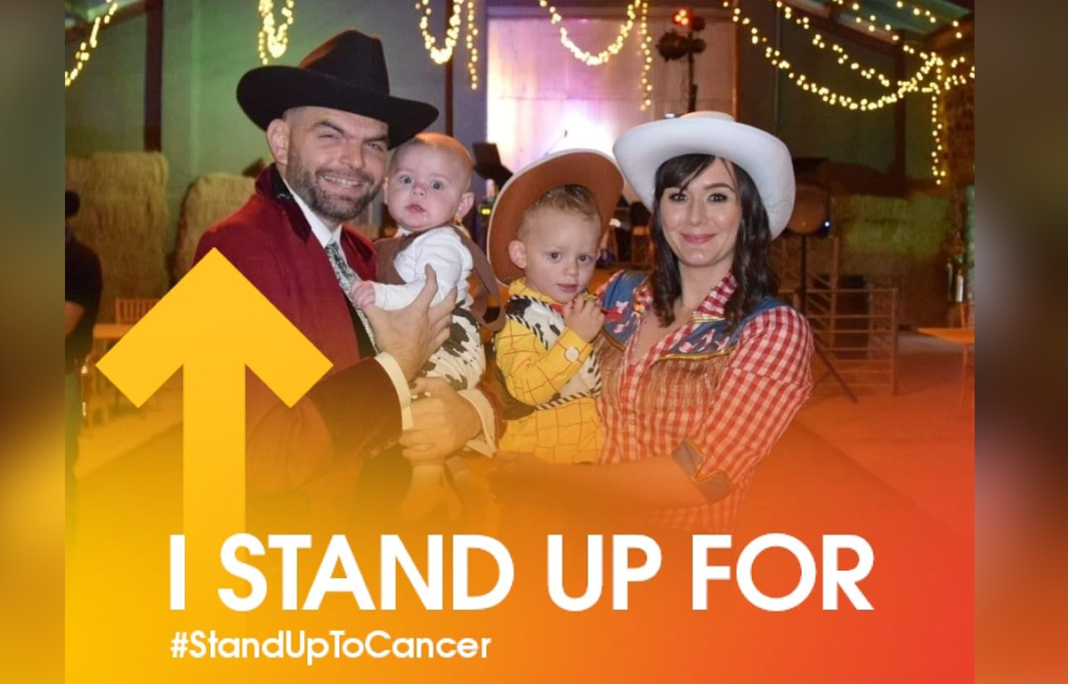 “Leo was the light at the end of the very dark tunnel. I was focused on getting better for my family. It’s all I wanted.”

Now, Alisdair Cameron is working with Stand Up to Cancer, an annual fundraising campaign that helps accelerate new tests and treatments for cancer.

See the heartwarming video from the BBC below:

Finding out you're a dad

When you never thought you'd be a dad again. Alisdair, from Paisley, got a shock when his wife Natalie presented him with a mystery parcel. ?

“We thought it was impossible. I just burst into tears.” 32-year-old Alisdair was diagnosed with an aggressive form of leukaemia in 2016, when his wife, Natalie, was pregnant with their first son, Joe. Doctors told Alisdair that treatment could leave him infertile. “The treatment was very hard and I struggled mentally with a lot of what was going on.” Following treatment, Alisdair was diagnosed again in May 2017, and had a stem cell transplant and further chemotherapy. Six weeks later, Natalie discovered she was pregnant, and decided to tell her husband in a very unique way. Alisdair and his family are helping us #StandUpToCancer, and so can you. Watch how Alisdair found out he was going to be a father for the second time, and join the fight by clicking the link in our bio.