Doctors Think Man Has Lung Cancer, Jaws Drop When They See What ‘Tumor’ Really Is 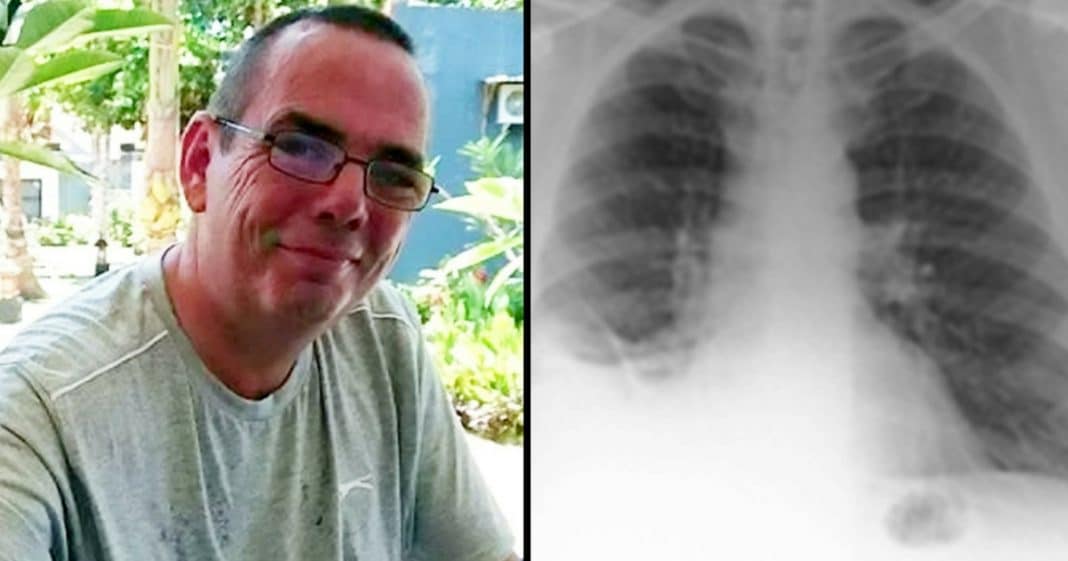 As the well-known saying goes, kids will be kids. They’ll play and get into mischief, but it’s mostly harmless.

While it’s pretty disgusting when they put dirt and other unknown objects into their mouths, it happens. Some kids have even been known to swallow toys. This can be very dangerous, causing choking and death if not dealt with immediately.

A postman from Great Britain went to his physician after developing a nagging cough that wouldn’t go away. The cough had lasted for over a year.

Paul Baxter was a heavy smoker and respiratory therapists in Preston were concerned that he could have lung cancer. After taking an x-ray of his lungs, doctors thought they spotted a tumor. It was only after they performed specific tests that they discovered the “tumor” was actually something different and, well, quite amazing.

A bronchoscopy was performed. This is a test where a fiber optic scope is passed down the throat to see the lungs. Surgeons were stunned by what they saw.

What the doctors originally thought was cancer was actually a Playmobil toy traffic cone embedded into one of Paul’s lungs. It had been inside him for forty years. The cone was about one inch tall and had been deep inside one of his lungs since he was the age of seven.

Paul told doctors the piece was part of a “long-lost Playmobil” set he received for his seventh birthday. He said he often played with – and even swallowed – the toys when he was young. Thankfully, surgeons were able to remove the toy with forceps.

Physicians gave a possible explanation for how this toy was able to remain undetected for so long: “This may be because aspiration occurred at such a young age that the patient’s airway was able to remodel and adapt to the presence of this foreign body.”

They said it’s common for kids to swallow unusual articles, but this type of case was unheard of where the symptoms developed so much later in life.

“Kids eat things and I obviously chewed on my toys, but I can’t even remember swallowing it to be honest,” Paul said later. “I have been told that I must have inhaled it for it to go into my windpipe. If I had swallowed it, it would have gone into my stomach and out the other end.”

Thankfully, four months after the toy was removed, Paul made a full recovery. His cough is now completely gone.

Who knew reminders of one’s childhood could show up in crazy situations like this? We’re certain Paul is over the moon that his ailment was caused by a plastic toy rather than a cancerous tumor!

Were you surprised to see what was causing this man’s cough after all those years? So share this!