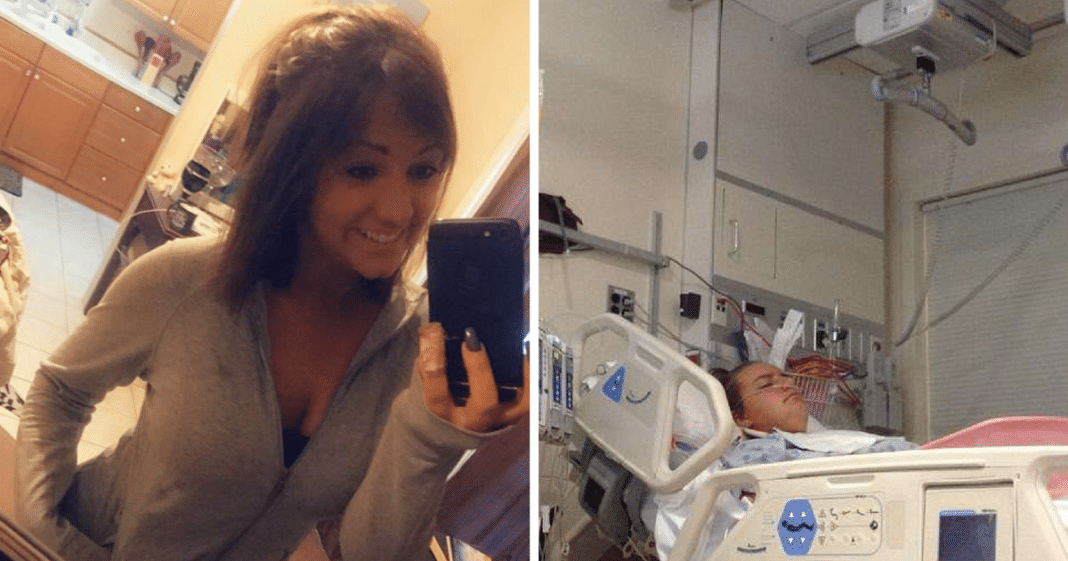 In 2014, Brook Wilson was 23 and worked as a waitress. She experienced a traumatic event which, if not caught in time could’ve killed her. Brook is urging women to pay attention to their bodies and learn from her experience. She nearly died of Toxic Shock Syndrome after using tampons during her period.

Doctors initially thought she had a throat infection like strep throat because she exhibited flulike symptoms like diarrhea and vomiting. Her throat was swollen, and she felt weak.

She was sent home. But within a day, her condition deteriorated further. The next night, her boyfriend rushed her to the ER where she was admitted to intensive care. 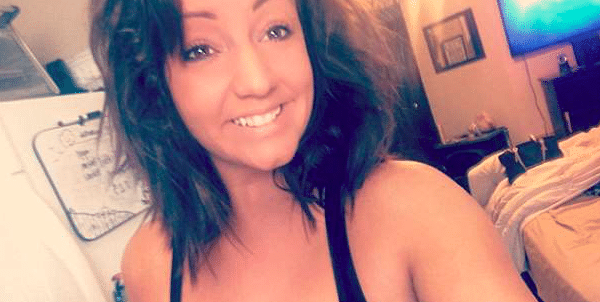 Brook remained there for two days while doctors worked to hydrate her; she was then diagnosed with Toxic Shock Syndrome. Her brush with death would put her in the hospital for six days. It traumatized her in many ways, and she wasn’t able to work for a week.

Four years on, she’s now ready to share her story. Recalling her initial symptoms, Brooke said: ‘When I started to feel sick, I thought I was coming down with a regular cold again because my throat was hurting and swelling.

‘Over time, it became difficult to eat, and I woke up the next morning twitching and sweating with a  fever of 105.9. I did everything possible to bring it down. Tylenol, a cold shower, water, cold towel on my head and nothing worked so we decided to go to hospital. They said I had strep throat and sent me home immediately. 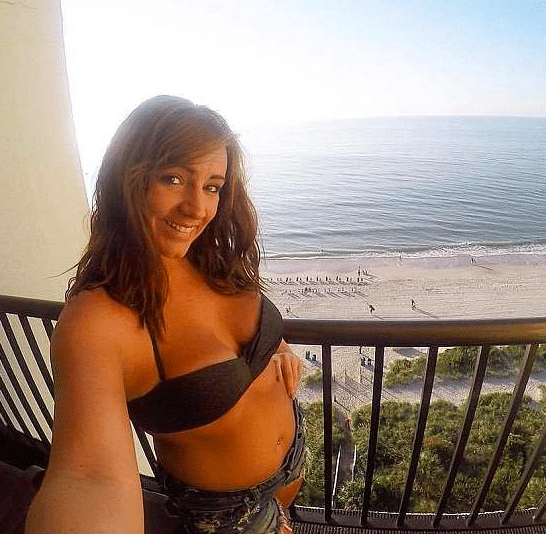 ‘I went back home and laid in bed all day. My boyfriend at the time left for work that day at 10 am and came home at 9 pm, and I didn’t eat that whole time because I was so weak. I began having diarrhea; I would crawl to the bathroom because of my muscle fatigue.

‘I had to use every last ounce of energy to pull myself up onto the toilet because I couldn’t walk anymore. When you get TSS, you get confusion, so obviously that didn’t click as a red flag in my mind.’

Her then boyfriend decided Brook needed to be taken to the hospital again. She said: ‘My boyfriend got home and asked if I even turned the TV on all day and I said I  couldn’t do it, it was too hard to even lift up my arms. He made me soup and a Gatorade, and I  instantly threw it up and started shaking.

‘We decided to go to the emergency room. He drove me there going ninety-miles-per-hour because I couldn’t keep my head up. 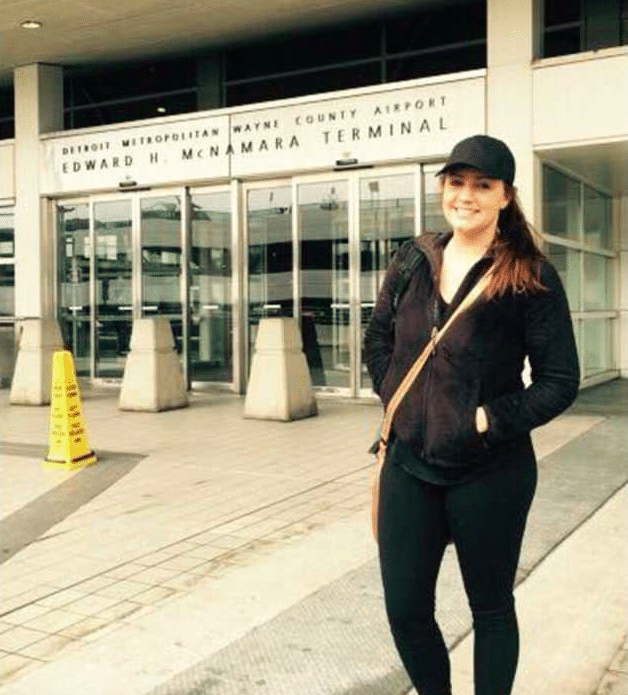 ‘As I sat in my wheelchair, pale skin and eyes rolling back, I could feel myself fading in and out and told my boyfriend we have to go back there now or we’re leaving. I’m dying. Then the lady up  front picked me out of everyone and said “bring her back now” they checked my vitals, and everything was gradually failing.’

She fought for her life for six days. She’s since made a full recovery.

She shared more about her hospitalization. ‘The doctors were trying so hard to find out what was wrong with me, but they continued to give me antibiotics and bags of fluid because I had severe dehydration. It took about two days in the ICU  for me to get diagnosed because one day, my ICU nurse saw the ‘sunburn’ symptom on my private area while working and said that she had seen it before.

‘She’d been an ICU nurse for twenty-five-years and remembered back in the ’80s when toxic Shock Syndrome was high back then. She immediately told someone. They all came to see, and they finally found out what was wrong because no one ever saw this type of situation.’ 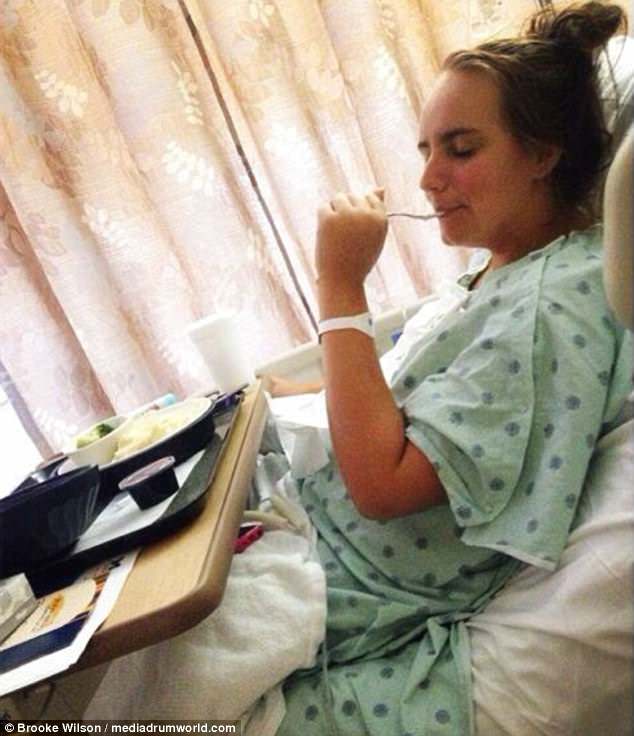 Toxic Shock Syndrome, (TSS), is caused by either staphylococcus or streptococcus bacteria. These bacterias can usually live harmlessly on the skin, nose, and mouth. However, if they go deeper into the system, they can cause the body to release harmful poisons which can damage the skin and functioning of organs. A woman can contract TSS if she leaves a tampon in for a period longer than what’s recommended. Or if she uses one that is super absorbed.

Though she’s made a complete recovery, her near fatal brush with death has left its mark on Brook. ‘Recovery was scary because I was scared to be back home wondering if it was going to flare up again. I decided to stay at my mum’s for the week so she could keep an eye on me and help me take the different medications I needed. I required tons of rest, and I had to take a month off of work.’

She continued. ‘I was traumatized. I had nightmares and was always paranoid when having my monthly cycle. Even though I can’t wear tampons anymore just pads. It took me years to reach a comfortable state to tell my story and not get upset.

‘I actually enjoy now telling my story to help raise awareness to other women. Today, I feel extremely grateful knowing how healthy I am even after a condition like that.

‘I feel this happened to me to be a walking miracle to inform other women of this deadly, rare situation. This is something women put themselves at risk every single month, and a simple knowledge of it can save your life.

‘They told my mom that I was knocking at death’s door and to be prepared for the worst. But I won this battle and want other women to win it as well.’