Doctors Tell G’ma She Can’t Bring Dog, Then Grandaughter Hatches Brilliant Plan To Sneak Her In 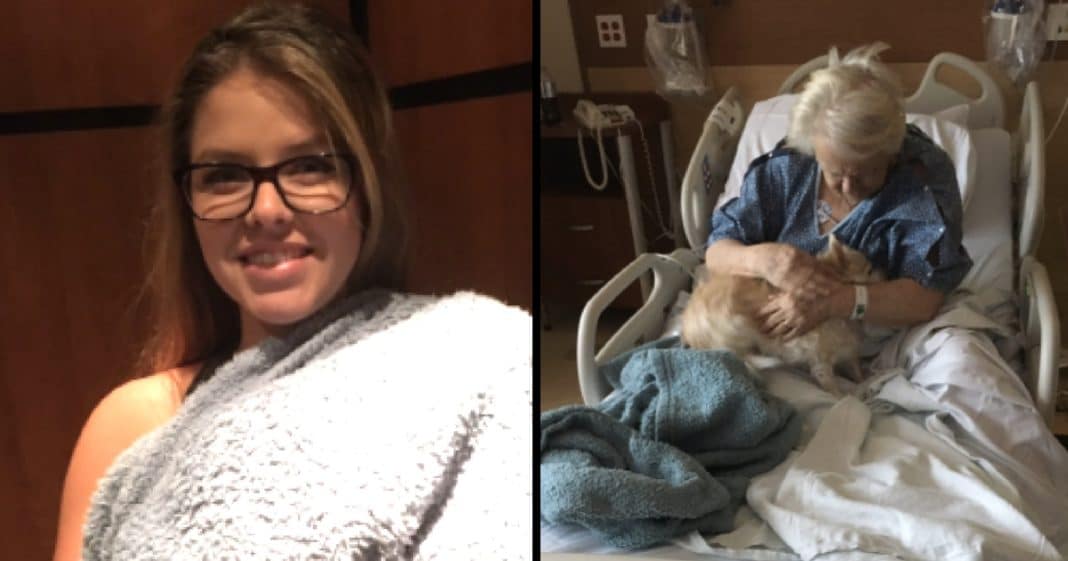 Anyone who has been around animals knows that petting a dog or holding a cat on your lap while it purrs can be incredibly healing. That’s why people bring comfort animals into areas where there have been tragedies and take service animals into hospitals to visit sick patients.

Shelby Hennick has seen the healing power of animals firsthand in her work as a veterinary technician and knows how instrumental an animal can be in a person’s recovery. So when her grandmother asked her to sneak a dog into the hospital, Shelby didn’t hesitate for one second!

Shelby’s grandmother was recently hospitalized after having a negative reaction to her medication. That meant she had to be away from her beloved dog, Patsy, for three days.

She knew Patsy was being taken care of, but she couldn’t bear to be away from her. However, the hospital had a policy that the only animals allowed in were certified service animals.

Even though Patsy isn’t an actual service dog, Shelby knew how much it would help her grandmother to have the dog by her side, so she hatched a brilliant plan.

She went by her grandmother’s house to pick up the small dog, then wrapped her up in a blanket. When she walked into the hospital with the bundle in her arms, it looked like she was carrying an infant, and she managed to sneak Patsy all the way to her grandmother’s room!

While it may have been breaking the rules, the risk was worth it to Shelby, especially when she saw her grandmother’s reaction to seeing her beloved dog.

My grandma is in the hospital right now and wanted to see her dog. So I made it look like I was carrying a baby and we made it ?❤ pic.twitter.com/oKxNBlJEEL

Do you think Shelby made the right call sneaking Patsy in to see her grandmother? So share this!