Doctors Say She Won’t Live Past 2, Then Heroic Nanny Goes Under The Knife… 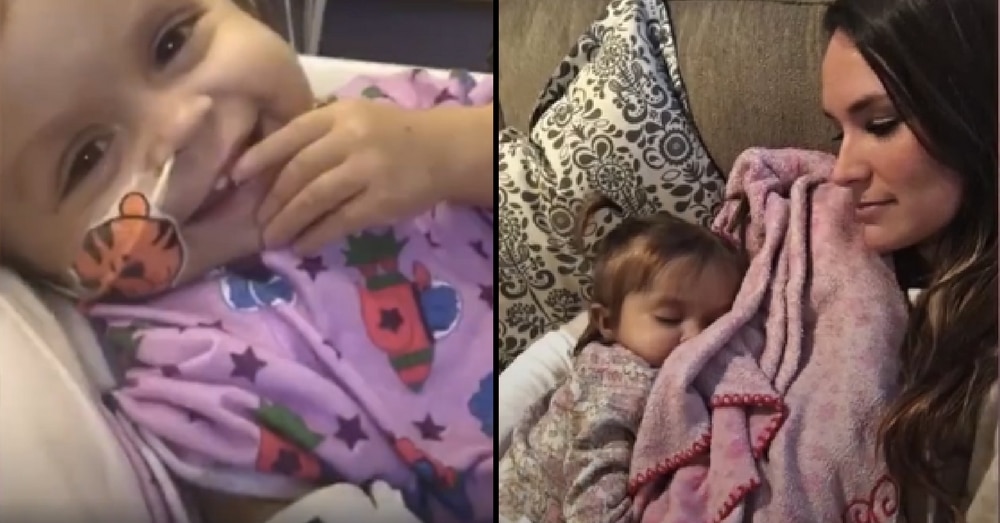 Most parents expect their nannies to watch their children when they are away and make sure nothing terrible happens to them, but one blessed family got much more from their nanny than they ever thought was possible.

The Rosko family hired 22-year-old nanny Kiersten Miles to watch their three children, but from the first moment Keirsten met their youngest daughter, 9-month-old Talia, it was clear something wasn’t right. Talia’s skin was yellow and her eyes were gray, symptoms of a very serious liver condition.

Talia had biliary atresia, a rare disease that occurs in infants that causes bile to back up in the liver. The disease is life-threatening, and doctors warned the Roskos that Talia would die if they didn’t find a donor to give her a life-saving liver.

Keirsten had only been nannying for the family for about three weeks when she felt a tug on her heart to see if she could help. She couldn’t just sit there and watch little Talia slowly dying.

She began to research organ donation and, knowing she had an O blood type, knew she would be a favorable candidate for donation. She approached the family and left them stunned when she told them she wanted to be tested to see if she was a match for Talia.

Sure enough, Keirsten was a match, and on January 11 she went under the knife. Doctors removed a portion of her liver at the Hospital of the University of Pennsylvania and then transported it to the nearby Children’s Hospital of Philadelphia where Talia was waiting.

Today both Keirsten and Talia are doing well and the little girl has a new lease on life, all thanks to her heroic nanny.

Their incredible story has since gone viral, but Keirsten said she has been surprised by all the attention she has received and noted that she would “one hundred percent do it again.”

“While I’m extremely humbled by all of the messages, my biggest hope going forward is that the awareness of organ donation spreads,” she said. “Approximately every ten minutes someone is added to the national transplant waiting list. By becoming an organ donor you can save up to 8 lives.”

The Rosko family hopes the inspiring story will remind people around the world that prayer works and miracles are happening all around us.

Were you touched by what Keirsten did for Talia? So share this!