Doctors Said He Wouldn’t Live Past Age 2, But What He Just Did Left Them All In Disbelief 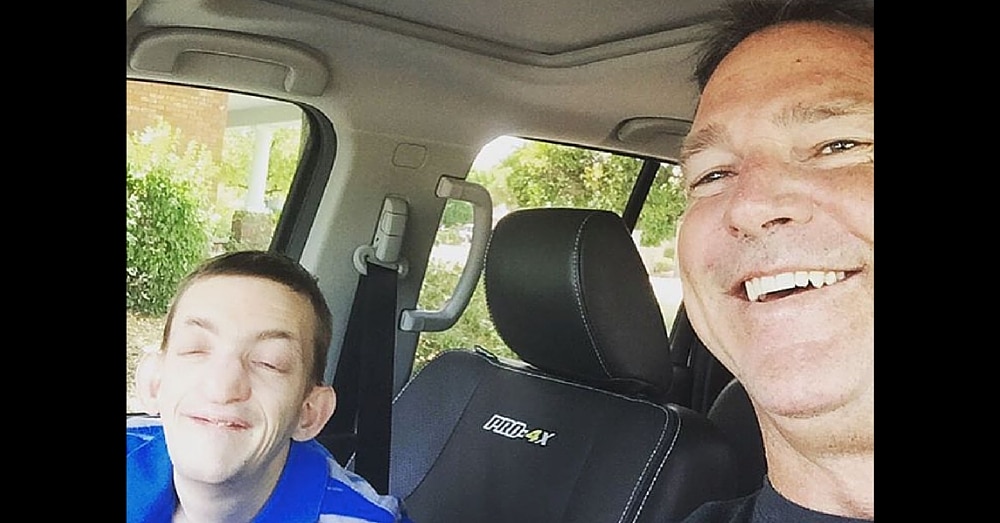 Chad Cloward knows the day is coming when he won’t be greeted by his son’s sweet smile and a friendly, “Hi, bye-bye, hat!” – the only words 29-year-old Dallan knows.

“He’s defied all the odds,” Chad, 53, a Scottsdale, Arizona, real estate broker tells PEOPLE. “There were many times we almost lost him, but he always pulled through. He’s a delight and an inspiration to everyone he meets.”

With his son’s 30th birthday approaching on August 12, Chad decided that an ordinary birthday party with cupcakes and balloons wouldn’t do. So he came up with a “30 for 30” plan: To celebrate the milestone, he and Dallan would complete 30 activities in six weeks, doing everything from floating in a hot-air balloon to riding their favorite roller coasters and spending a day at the zoo.

“I used to do a lot of these things with Dallan when he was younger, but as he got older, those fun adventures kind of got away from us,” Chad tells PEOPLE. “I thought, ‘Wow, I haven’t been as focused on him as much I used to be and that needs to change.’ There are still a lot of things we need to do together while he’s still able.”

Chad, who is divorced from Dallan’s mother and shares joint custody (four other children are grown and on their own), says he feels an urgency to fill a “bucket list” for his son. Each time Dallan ends up in the hospital, he wonders, “This time, will he be coming home?”

“When he gets sick, he loses weight and that’s scary, because he doesn’t have a lot to lose,” he says of Dallan, who weighs 55 pounds and is 4’6″ inches tall. “From the very beginning, he’s had to be a fighter.”