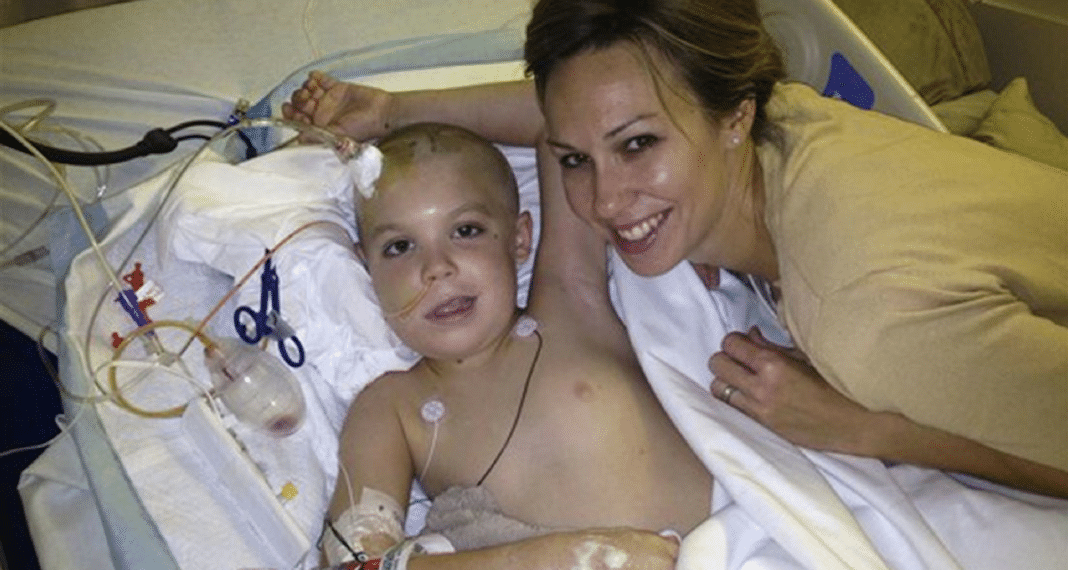 At just the age of 7, Hudson Cromwell suffered a pediatric stroke. This isn’t common in children under the age of 18. Pediatric strokes affect 12 kids in every 100,000. They’re the sixth cause of death in children, but sadly, they are often misdiagnosed.

Hudson was out playing football with his brothers one October evening in 2012. His Dad, Andrew didn’t know what to conclude when his little guy came into the house crying and clutching his arm. The Philadelphia father’s confusion grew when Hudson suddenly fell over unconscious while trying to take off his shoes. The scared dad just knew there was something terribly wrong with his son.

“That moment is burned into my memory. His eyes rolled back. I got panicked,” Andrew. “I was holding Hudson, half shaking him. I didn’t know how to react; it was so far out of my experience.”

Hudson’s mother, Kerry is a nurse. She arrived home soon after the incident that has forever changed the Cromwell’s lives; She insisted they take Hudson to the emergency room. One thing she was certain of was that her son didn’t suffer a concussion.

At first, doctors were left puzzled with the little boy’s condition. “Their immediate thought was it had something to do with his fall, something like a concussion,” Andrew told PEOPLE. “They didn’t know what to think of it.”

Hudson was then transported to a trauma center where his mother insisted doctors look further into the matter. After several tests and scans, they made the frightening and shocking conclusion that he had a stroke.

After their son had a stroke at age 7, parents share his story to raise awareness

After a football accident, Hudson Cromwell was acting oddly. It turned out to be a stroke.

“It was more major than any of us had anticipated. We were in shock,” the father said of the diagnosis. “Honestly, we were trying to stay encouraged because it was a very traumatic experience not knowing what the future would be. It was shocking. You’re thinking, ‘I could be watching my son’s last breaths.’”

The brave boy remained in the hospital for a month and a half; he was put in a medically-induced coma for a week. Upon waking up, Hudson couldn’t speak, swallow or sit up. He was soon transferred to an in-patient care facility where he learned how to walk, talk and swallow again. Though he’s come far, five years after his ordeal, Hudson still struggles according to his Dad.

“He’s about a year and a half behind in reading, and his speech continues to improve,” the father of four tells PEOPLE. “His right hand still doesn’t work! That’s frustrating.”

However, he says, the now-12-year-old is improving and working hard each day.

“He is truly an inspiring young man who refused to quit and who attracts everyone because of his amazing smile,” he gushes.