Doctor Learns His Cancer Is Terminal. What Town Does For Him Next Had Me In Tears… 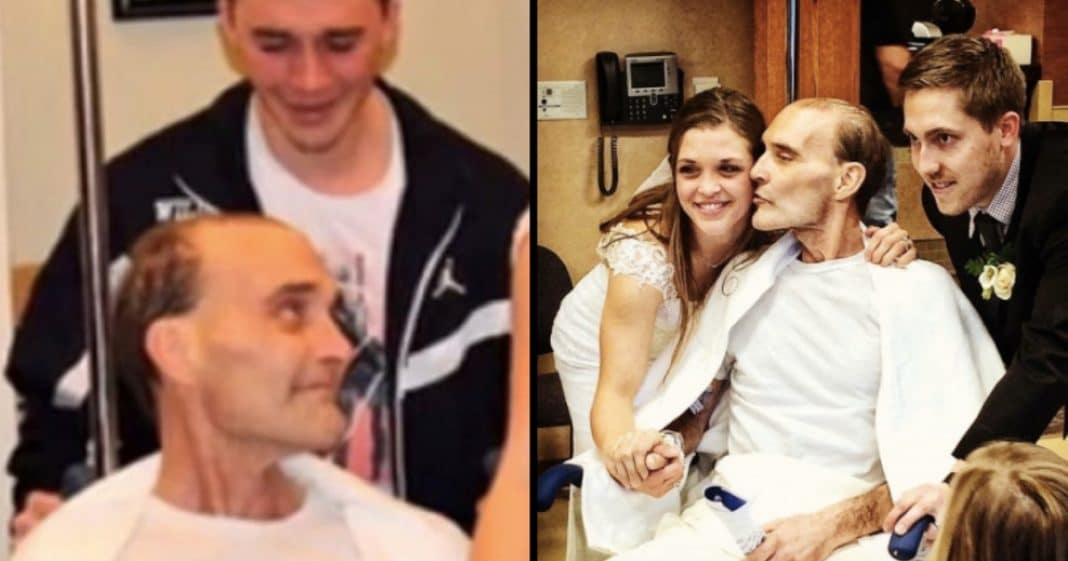 Dr. Dan Harrahill was well known and liked in his Nebraska town, where he delivered hundreds of babies and treated countless patients over his 18-year career. So, when word spread that the father of four’s colon cancer had taken a turn for the worse, and that he might not live to see his daughter’s June wedding or son’s high school graduation, the community of St. Paul stepped up, Omaha.com reported.

On March 24, a day after 52-year-old Harrahill learned his cancer was inoperable, it took friends and family three hours to arrange a graduation ceremony for his son Noah followed by a wedding for his daughter Emilia to her now-husband Kyle Harshman at CIH Health St. Francis Hospital. Family members made the last-minute arrangements for travel, flowers, music and a caterer, Omaha.com reported.

“Social media can do wonderful things, and they used it to get everyone there,” Rev. Ray Kosmicki, one of the two priests who officiated Emilia and Kyle’s wedding, told Omaha.com.

For Noah’s graduation, his classmates and the school’s choir director provided music, as well as graduation caps and gowns, Ohama.com reported. A special graduation program was typed up, and the valedictorian and salutatorian gave prepared speeches, Omaha.com reported.

“He was smiling from ear to ear the whole time we had the wedding and graduation,” his wife, Shelly, told Omaha.com. “It was one of the best days of his life, even under the circumstances.”

Read about Dr. Harrahill’s final days and how he is still being remembered on Fox News.