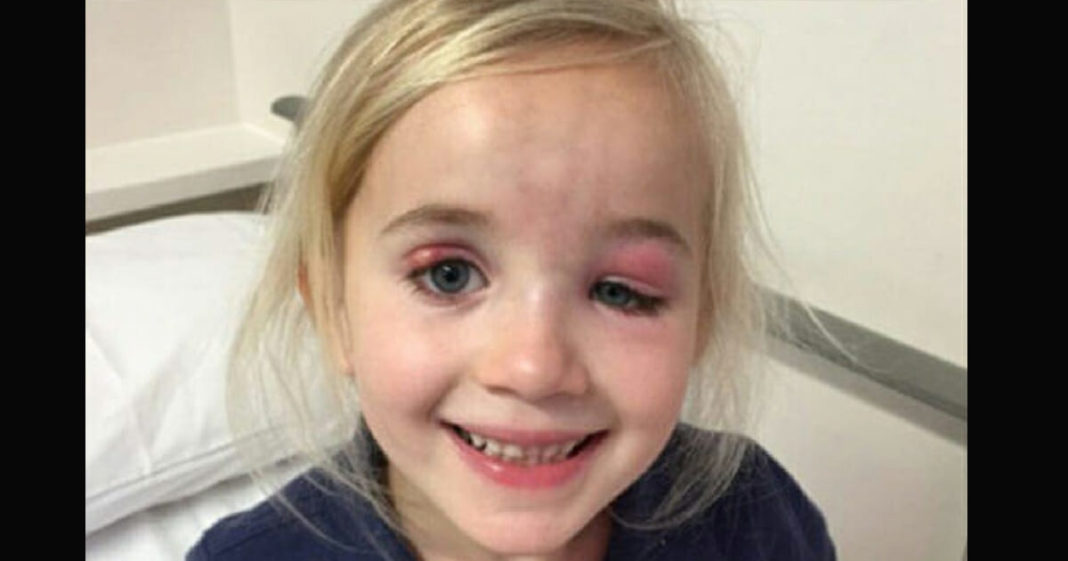 Shortly before Christmas, Paul and Gaylene Robson’s 6-year-old daughter, Stella, developed a pink and inflamed eyelid on her right side. They took her to the doctor, expecting some medication for Pink eye. It seemed to be just another routine nuisance that could be treated and that would be that. A doctor prescribed her some cream and antibiotics for the puffy eye and they were on their way back home. They hoped everything would get back to normal, but then they learned this was no eye infection at all.

Stella’s infection wasn’t going away. Her face started to swell up. Then she started to have headaches. Gaylene decided to get a second opinion, so she took Stella to an ophthalmologist, who decided to send Stella for an emergency CT scan at the Royal Children’s Hospital. The family waited anxiously until they got the scary news: Stella had a tumor shaped like a bell. The half-inch tumor was growing between her eye and her brain. If it wasn’t removed immediately, she may lose her vision and suffer brain damage. 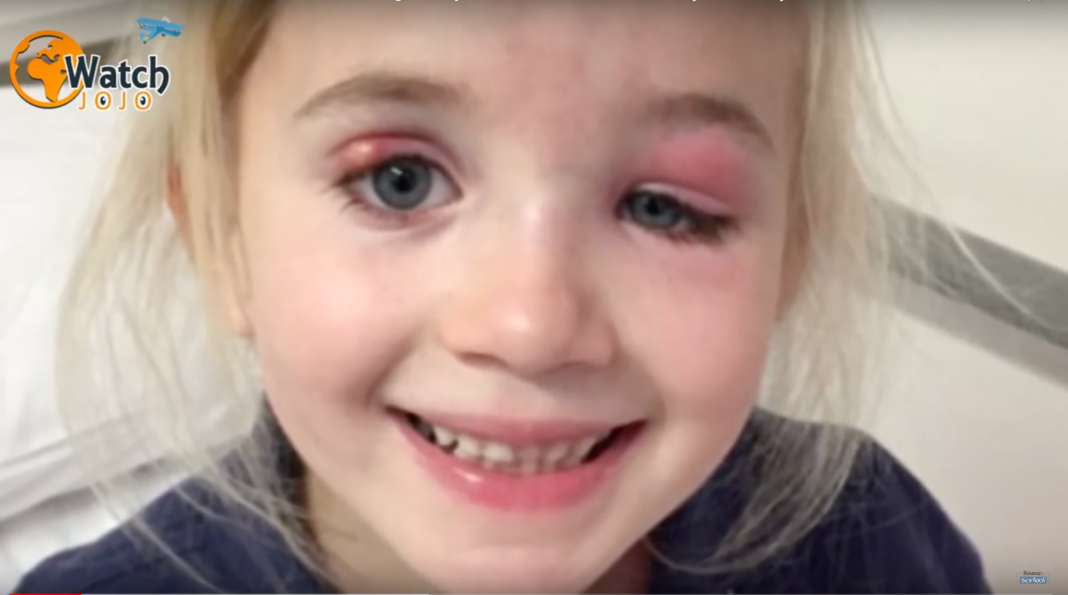 “‘The tumour was growing into the orbital bone, the bone that surrounds the eye … it was roughly 1.5 centimetres and shaped like a bell,’ mother Gaylene Robson told Daily Mail Australia.”

Stella was diagnosed with Langerhans cell histiocytosis. Langerhans cells are a type of white blood cells. A group of the cells built up around Stella’s eye, forming a cancerous tumor. The cause for the tumor is unknown, and doctors debate if it is actually rare cancer or an immune dysfunction. It affects about one child in 200,000 and can affect any age person, though it is most common in kids between 1-3 years old. The symptoms are often confused with other injuries or conditions, but the prognosis for survival is high, especially if it is diagnosed quickly.

Two days later, on Christmas Eve, the family braced as Stella began an aggressive and long-term round of treatments. Doctors were able to remove the tumor through a small crease in her eyelid. They managed to prevent any damage to her vision or her brain. Then Stella had to begin steroid treatment and chemotherapy which would last for a full year.

Stella’s parents were traumatized to see their daughter suffer. On the other hand, Stella didn’t know what “cancer” was. She took it in stride and impressed everyone with her bravery, giving herself over completely to the doctors as they conducted the treatments. She was comforted by the presence of her younger sister, Allie, who stayed by her side at the hospital.

All of it happened during Stella’s first year of school. Her supportive classmates helped her as she faced emotional swings, a raging appetite, and a weakened immune system. Every time her temperature rose above 100 Fahrenheit, the family had to rush her back to the emergency room. They did so eight times in all.

“It was quite a little roller-coaster for her, she’d be emotional and hungry and tired, then she’d recover for a week and then it would be time to get back in and have another lot of treatment,” explained Robson.

Throughout the year, her parents said that Stella remained amazingly positive, although she was as emotional as a much older teenager. At the end of the tunnel, she emerged cancer free with perfect eyesight. She had a 20 percent chance that cancer would return, so doctors continue to check routinely. Following what happened to Stella, the local children’s hospital purchased a scanner so that other kids like her could be treated there instead of at the adult hospital.

The story has a happy ending largely thanks to Stella’s mother, who trusted her instincts that her daughter needed a second opinion for what seemed a relatively harmless infection.