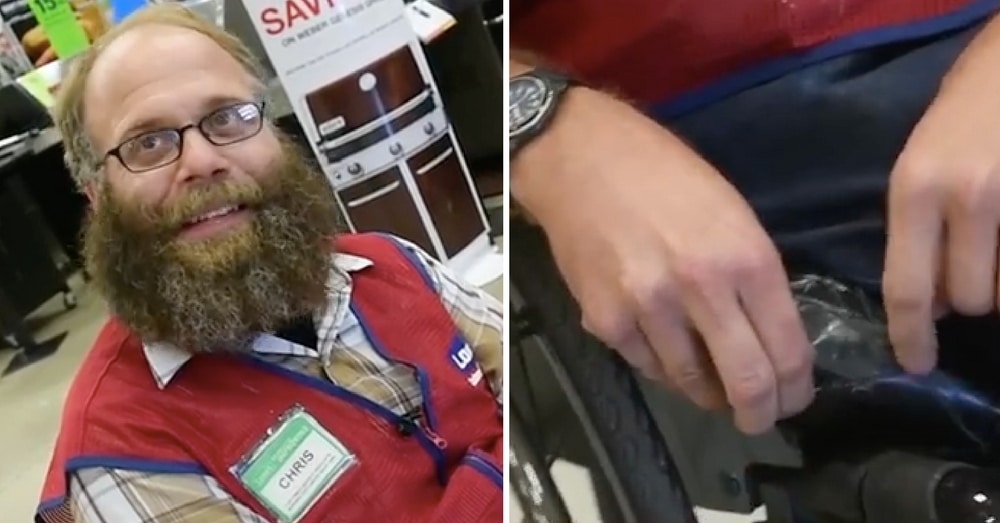 With all the bad things going on in the world that we hear about on the news, it’s nice to hear stories of people who are actually doing good. When we see people going out of their way to help others, it reassures us that there are still good people in this world.

Chris Veseth learned this firsthand recently when some of his coworkers went above and beyond to show him some kindness.

Chris has been working at Lowe’s for 17 years. Even though he has cerebral palsy he has not let that get him down or keep him down. In fact, Chris is known for his friendly smile as he greets customers at the door.

When Chris’ coworkers noticed that his wheelchair was falling apart and he had resorted to taping it together because he couldn’t afford a new one, they wanted to do what they could to help. They decided to start a fundraising campaign so they could purchase a new chair for Chris.

When Chris heard what they had done for him he was stunned.

“I was crying all last night,” he said. “I think we take it for granted sometimes – there’s a lot of good people in this world.”

Sometimes one simple act of kindness can make a world of difference.

Were you touched by what these caring coworkers did for their friend? So share this!