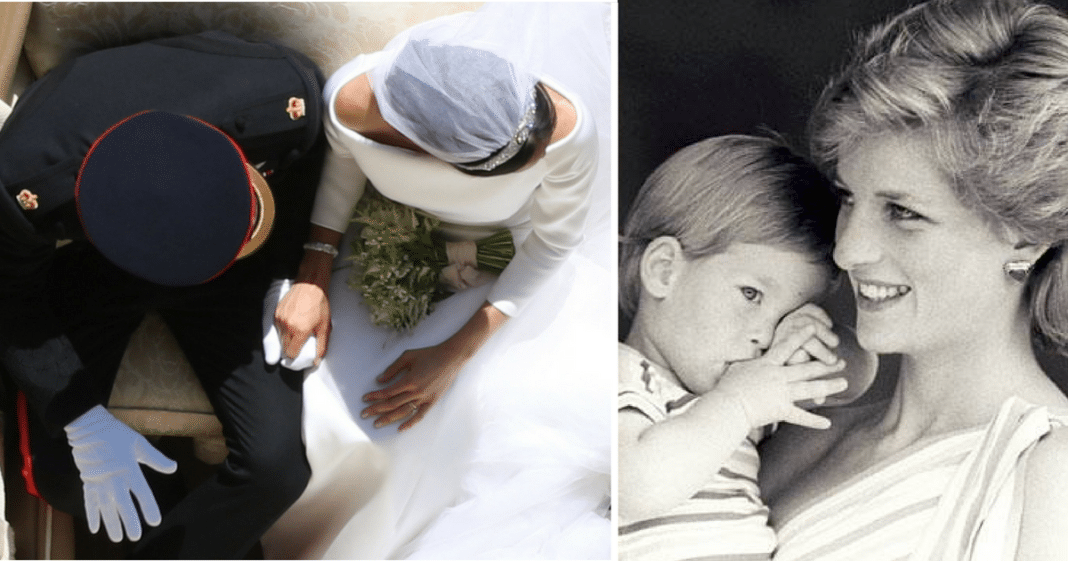 One notable person absent from Prince Harry’s wedding to former American actress, Meghan Markle was his mother, Diana, the Late Princess of Wales. In their engagement interview with the BBC, Harry and Meghan said that Diana would be there on their special day and in their hearts. But neither probably thought a photo taken on their wedding day would captivate the world and bring to mind the late Princess at the same time.

After their wedding ceremony came to a close in Windsor castle’s st. George’s Chapel, The Duke, and Duchess of Sussex exited the chapel. They were greeted by well-wishers as they shared a kiss on the castle steps.

Prince Harry and wife Meghan Markle waving as they ride a horse-drawn carriage after their wedding ceremony at St George's Chapel on May 19. PHOTO: REUTERS

They next took their seats in the Ascot Landau carriage for a procession for the crowds who gathered in the town of Windsor. Meanwhile, Yui Mok, a photographer for the Press Association headed to the rooftop of George IV Gateway of Windsor Castle to snap a photo of the newly married happy couple.

Inside the carriage, Harry and Meghan gazed at all the well-wishers waving and cheering. They passed directly beneath where Mok stood on the roof. He took a quick photo capturing an aerial view of the scene below, not realizing the impact it would have on the world.

It soon became clear why this one picture has become one of the most popular and loved of that day. Mok posted this tweet:

Thanks, glad you like the photo. It was taken by myself, and I'm a staff photographer for @PA based in the UK. I was positioned on the roof of George IV Gateway of Windsor Castle, and they passed directly beneath me during their carriage procession. https://t.co/hkzViNhSbb

Royal fans quickly started speculating that the photo’s perspective is of Diana, Harry’s mother and Meghan’s mother-in-law. As the internet took note of the photo and its significance, many suggested naming the picture “Diana’s view.”

Mok took to Twitter to explain more about the day and how the photo came to be. “It was a long day, but that’s the nature of our job, waiting around for hours sometimes for mere  seconds of shooting.”

Why this photo from the royal wedding captured so much attention

Obviously, those long hours waiting were well worth it. Thanks to Mok for having the insight to snap such an iconic photo. No doubt, it will be one loved for years to come.