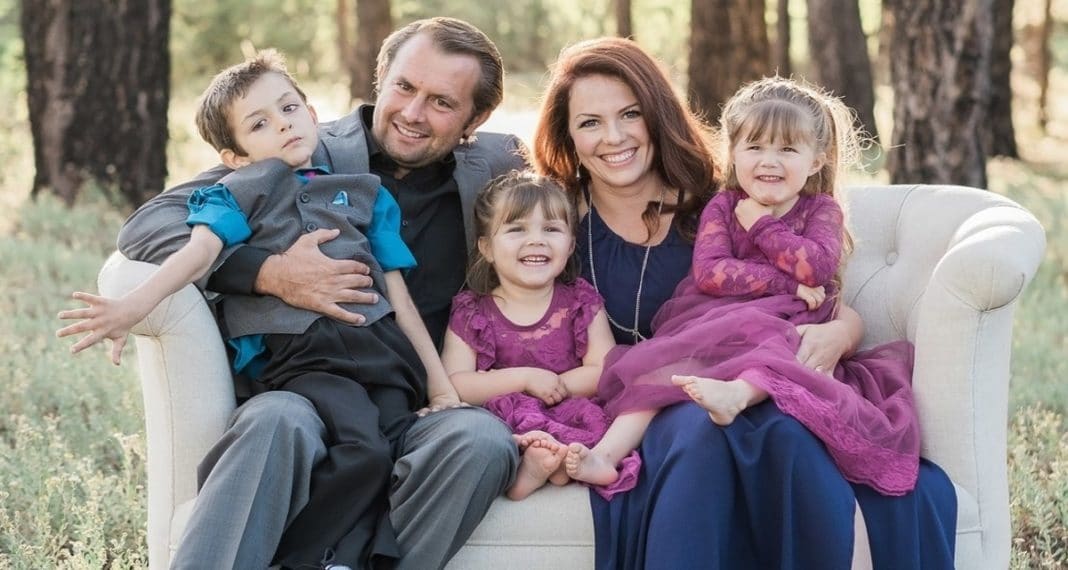 Not all news we receive is good. How we decide to cope with the bad stuff all depends on how we choose to respond. Still, there are those rough days where curling up in a ball and crying or giving up is preferable to facing a new day. For one Utah couple, quitting isn’t an option.

Becoming new, first-time parents to their son, Daron, ten years ago made Noreen and Lester Jessop, of St. George, Utah feel over the moon. Over the next few years, their happiness quickly turned to concern. Daron wasn’t developing at the rate of other children.

“I realized something was slowing him down,” Noreen, 30, tells PEOPLE. “He army-crawled everywhere and crawled on all fours at 13 months. Not sure what was causing this development delay, we did therapies and special needs programs. [We never felt] he was at the same level as the other kids his age.”

Oh these two ?! This family is turning me into a softie! I think I'm OK with being a softie though ?.. How beautiful are they?!

Over time, Daron’s parents sought the treatment and advice of other doctors with no results. Then in 2013, Daron became an older brother to twin sisters, Aubrey and Angie. To their dismay, the couple realized their girls were experiencing the same developmental issues as Daron had years before.

“We could not ignore the facts,” Noreen says. “We took them to a local geneticist who very quickly had a suspicion that they could all have the same diagnosis.”

Unfortunately, her mother’s instincts were right. Daron, Aubrey, and Angie were all diagnosed with pantothenate kinase-associated neurodegeneration (PKAN). this is a rare, life-threatening genetic disorder that affects speech, vision, muscle movement, and intellectual function. Children with this disorder usually don’t live past the age of 11-years-old.

I seriously love these three! They are so amazing!

“The doctors told us to simply make the time count. We may not have much of it. That summer was the hardest time in our lives that I can ever remember,” the mom of three tells PEOPLE. “When we got the call that confirmed what this disease was, it was so gut-wrenching we seemed to be barely getting from day today.”

She added: “At first I thought I was strong, but the next day, after researching more about this disease, I sat on my closet floor and cried for hours. The kids would give us hugs when me or Lester would get emotional about it.”

Determined to save their children, the couple set out to find a cure. They learned about the Spoonbill Foundation. It helps children with PKAN through therapy. It has also developed a drug to slow the progression of PKAN. This drug is expensive. The couple is pressed for time to raise the $2-million to produce the drug needed to help their children and all little ones with this disorder.

PLEASE READ.. Wow what an amazing family! Noreen contacted me a couple months ago about her interest in having their…

A GoFundMe page has been created, and the couple has shared their story on social media: “We are racing the clock to raise  enough money to get the clinical trial going.”

Even though Noreen is doing all she can to save the lives of her children, the threat of losing them is all too tangible: “It’s very real. This thing is serious,” she says of the illness. “You never know when the lungs will stop working or other major organs that depend on the muscles.”

Noreen and Lester’s courage is inspiring. We hope their battle to save the lives of their children will touch you enough to share this post and donate to their cause if you can.