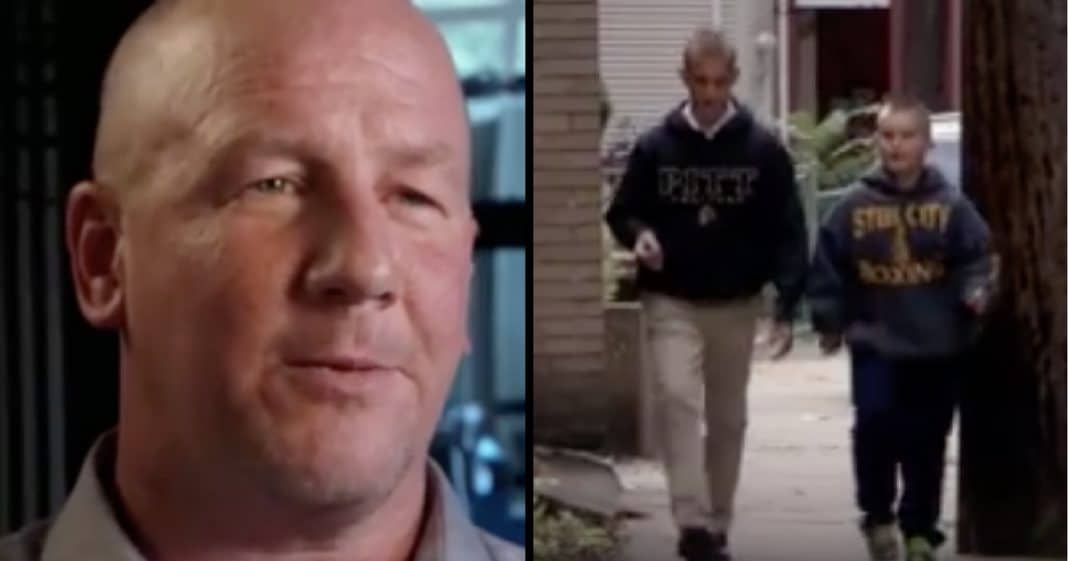 Detective Jack Mook is not the kind of guy you want to mess with. A 22-year veteran of the force in Pittsburgh, he is tough and no nonsense.

Underneath that hard exterior, though, Jack has a bit of a soft spot. Even though he had always been a bachelor and had no plans of having any kids of his own, he spent his free time volunteering at the Steel City Boxing Gym teaching the sport to underprivileged kids.

“Most of the kids who come in this gym are street kids,” he said. “Many of them have been born into poverty.”

It was there he met the Lyle brothers, Josh, 15, and Jessee, 11. The pair had been tossed around the foster system and would come to the gym to work out with Jack.

He formed a special bond with the brothers and really enjoyed working with them, so when they stopped showing up at the gym one day he knew he needed to find out what had happened to them.

He finally found Josh, and when he saw what kind of state the boy was in his heart broke.

“They have had it as worse as any other kid that’s every lived in the city of Pittsburgh, living conditions wise,” Jack said. “And I’d had enough of it.”

He pulled a few strings to get the boys out of their house and brought them home with him.

“I slept the best I ever did that night,” Josh recalled.

Though it wasn’t always easy, Jack found he really enjoyed stepping into the role of “dad.”

“It’s awesome. It’s the best thing I ever did in my life,” he said.

Or at least it was up to that point.

After two years of living together, Jack knew it was time to make a change. He took the boys to court and legally adopted them as his own sons.

But the story doesn’t end there! After officially making the boys Mooks, Jack met Mary, a single mom of three, and they fell in love.

Now the man who thought he would be a life-long bachelor is a married father of five, and Josh and Jessee are part of a family they never could have imagined just a few years ago!

“I thought being single was fun because you don’t have any responsibilities. But when you’re single, you don’t realize what you’re missing,” Jack said. “I’m glad I let [Mary] break through that barrier and take me away from that life.”

Were you touched by what this tough detective did for these brothers in need? So share this!