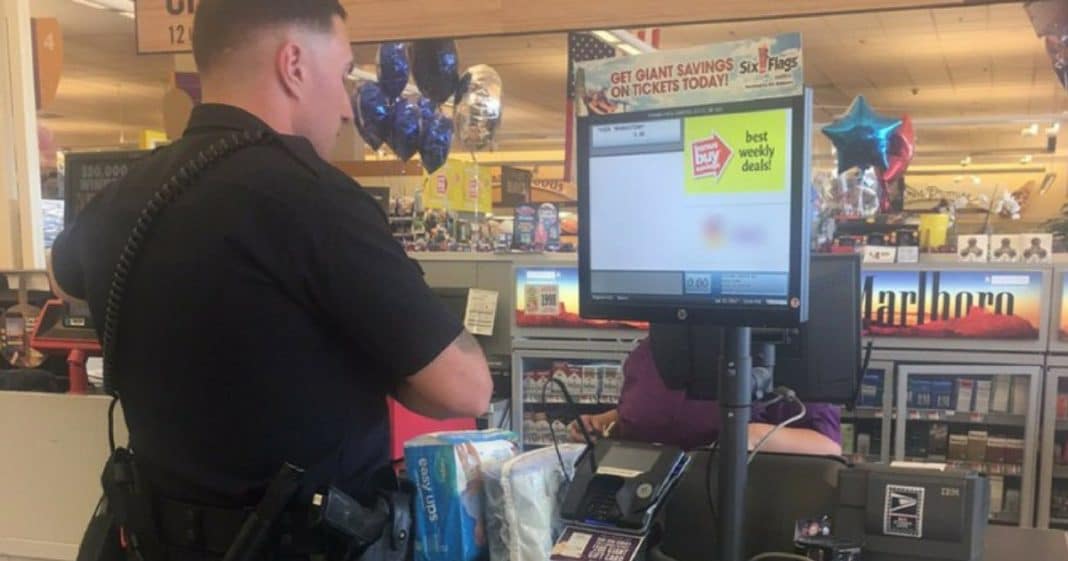 Everyone goes through hard times; it’s how we choose to handle ourselves during these rough days that shows our strength of character. No matter how tough things get, we must always remember our decisions have consequences.

An unidentified woman from Laurel, Maryland, was caught shoplifting at a local supermarket. She bought groceries but was caught attempting to steal two bags of diapers for her infant son. The diapers cost approximately $15.

When Laurel Police Officer Bennett Johns arrived, she thought she was going to jail; but what he did next left her stunned.

Instead of arresting the mother, he bought the diapers for her.

“‘Why do cops get to go shopping on duty?’ is but one of the many questions we get asked throughout the shift. Though we often joke that our field trainees are still in diapers, it turns out that rookie Officer Johns was not buying these for himself.”

Laurel PD spokeswoman Audrey Barnes said that Officer Johns grew up with a single mother, so when he saw that this mom was struggling to even afford diapers, he knew he had to do something. By helping the mother, he hoped to give the baby a better life.

“Just out of personal kindness, he decided to go ahead and buy them,” Barnes said. “It speaks to the heart of what community policing is all about.”

Officer Johns’ actions demonstrate the Laurel PD’s dedication to establishing meaningful relationships with members of their community, even when there is no immediate crisis.

“Though it’s a snapshot of some of the work our officers are doing daily, we still wanted to take a moment to thank Officer Johns for not just fairly enforcing the law, but also showing empathy to an innocent child put in a difficult situation,” the police department said in their post.

The mother wasn’t arrested, though Officer Johns did issue her a citation for theft. She will need to report to court for the misdemeanor.

To help the woman further, the city of Laurel referred her to an advocacy agency that assists struggling families in the area.

“We want to make sure she doesn’t fall through the cracks,” Barnes said.

We love when police officers and civil servants go above and beyond the call of duty. Rather than arresting the struggling mother, Officer Johns still did his job but sought to improve the lives of both mother and child.

Were you touched by the way Officer Johns handled this situation and helped this struggling mother? So share this!