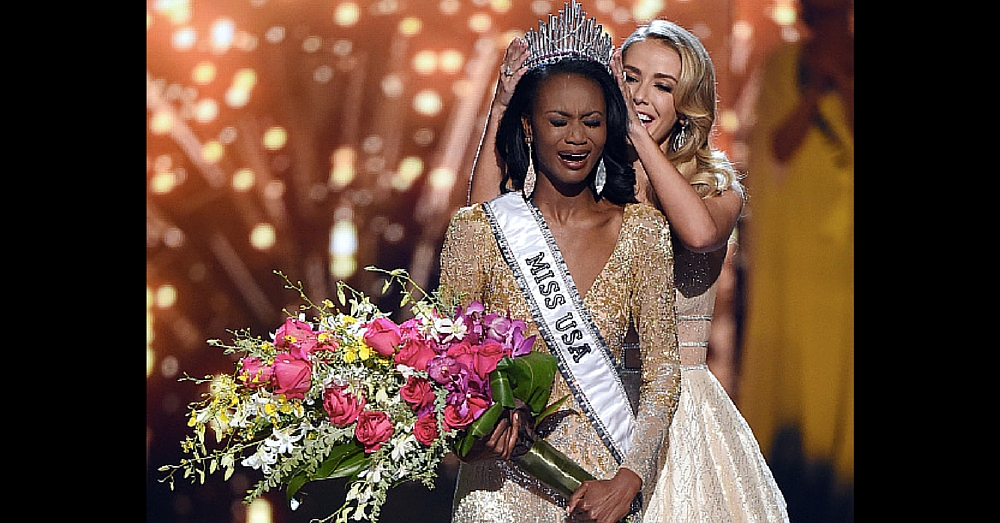 Deshauna Barber made history Sunday night when she was crowned Miss USA. The Army Reserve officer from the District of Columbia is the first-ever military member to win the pageant’s crown.

The 26-year-old beauty queen works as an IT analyst for the U.S. Department of Commerce and a logistics commander for the 988th Quartermaster Detachment Unit at Fort Meade, Maryland.

Being in the military seemed to be in the cards for Deshauna from the start. Her parents met while they were both in the Army, and all of their children enlisted – Deshauna when she was 17 years old, and the rest of her siblings when they were 18.

Deshauna beat out 51 other women Sunday night to take the crown. Many say that what helped her clinch the title was her strong answer to a question about women in combat. “As a woman in the United States Army, I think … we are just as tough as men,” she said. “As a commander of my unit, I’m powerful, I am dedicated. Gender does not limit us in the United States Army.”

She has said she likes to think she is breaking the mold for both pageant girls and military soldiers, showing the world that no one pageant girl does the same thing or has the same background, and that soldiers can also be beautiful and feminine.

Deshauna plans to take a break from the Army Reserves and has discussed going inactive for a couple of years while she fulfills her obligations as Miss USA. She said she plans to use her title and the spotlight that comes with it to support veterans’ causes and work on the issue of suicide and post-traumatic stress disorder among military members.

Deshauna will go on to compete in the Miss Universe contest later this year.

Were you happy to see a member of the military break stereotypes and win Miss USA? So share this!