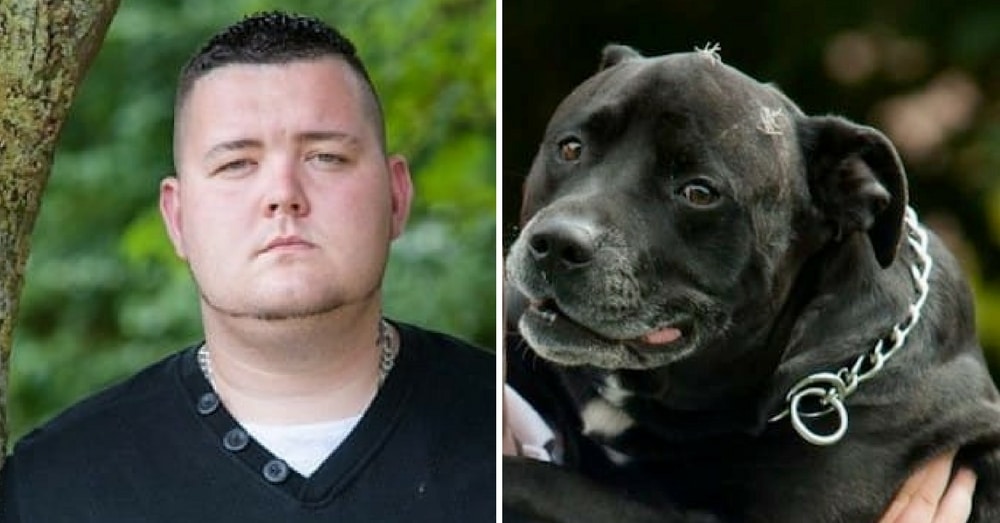 Byron Taylor couldn’t take it anymore. He had lost his job, his home, his savings, four of his dogs, and the woman he loved.

After a day of heavy drinking he finally decided that he wanted to end it all, so he made a noose and then went downstairs to write a letter saying goodbye to his family.

As he made his way back up the stairs, though, he heard a growl.

Geo, his six-year-old Rare Welsh Bull Mastiff, had the noose clenched between his teeth and wouldn’t let go.

At first Byron thought the dog just wanted to play tug-of-war, but Geo wasn’t playing. The usually passive pup bared his teeth at Byron and wouldn’t let go of the rope. Then he tore the noose to shreds.

Bryon’s roommate heard the commotion and raced upstairs. When he saw Geo with the noose in his mouth he realized what was going on and called an ambulance.

After a couple of days in the hospital Byron went to live with his mother. While he still had a difficult road ahead of him, he decided that life was worth living and he didn’t want to end his.

Thinking back on that fateful day he realized that Geo had sensed what he was going to do and had refused to let him take his life.

Byron knows that if it hadn’t been for Geo, he probably wouldn’t be here today. He will forever be grateful to his dog for saving him and helping him get a new lease on life.

Were you as touched by Byron and Geo’s story as we were? So share this!