Deployed Dad Sends Photos Home For Christmas. What Wife Does Next Is Going Viral 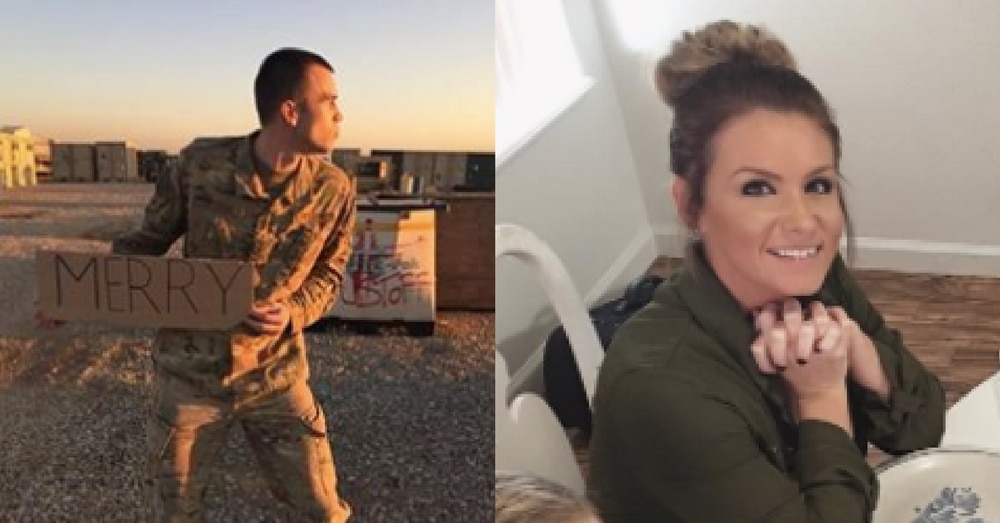 Having a spouse or parent in the military is hard enough, but when holidays and other special events roll around, their absence is felt all the more deeply.

Ashley Sistrunk was actually dreading Christmas this year, knowing she and her four kids would have to spend it apart from her husband, Brandon, who is a staff sergeant in the Air Force and currently deployed in Iraq.

“I hate wanting to wish away a holiday,” she in a post on Instagram. “Christmas is one of my favorite holidays, but with Brandon gone and the kids begging to have him home on Christmas, it just won’t be the same. I know we are supposed to ‘live for today!’, but I wish I could wake up tomorrow and have it be late January!”

Wanting to make the best of a tough situation, Ashley decided she would at least get a family Christmas picture. With Brandon deployed thousands of miles away it wasn’t an easy task, but Ashley was determined to make it happen.

She had Brandon send her some pictures of himself and then had her mom take some photos of her and the kids.

Then, using some Photoshop magic, Ashley stitched the photos together into a perfect family photo that many military families will be able to relate to.

Ashley shared the photo with her friends on social media, and it quickly went viral.

This isn’t the first time Ashley has had to be creative around the holidays. She recently posted this photo of her family enjoying Thanksgiving dinner “together”:

Thankful for a mom that can cook!

Brandon has also missed the births of three of his children because of his deployments.

“Having a piece of your heart across the world, fighting for your country. It’s just a whole other level of emotions,” she said.

“We tell the kids, ‘Yes, other kids have their daddy home right now.’ But their daddy is out being a superhero, keeping our country safe, and that’s important ― that’s an important job.”

Thankfully, Brandon should be returning early next year, and we know his family is counting down the days!

“[The kids] adore him,” Ashley said. “He will do anything for them. So I miss him actually being able to come home at the end of the day and they yell ‘Daddy!’”

Did you love this military family’s unique Christmas card as much as we did? So share this!