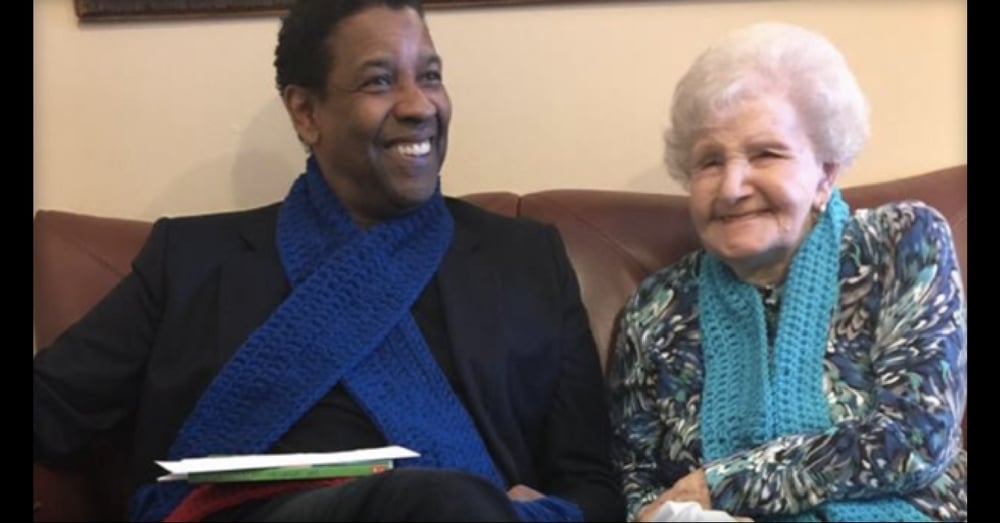 Throughout the nearly 50 years Connie Mauro spent working at the Mount Vernon Public Library in New York, she must have handed out hundreds of library cards to children eager to read.

She had no idea that one of those eager children would grow up to be an award-winning actor.

Denzel Washington was just 7 years old when Mauro handed him his first library card. He never forgot that day, and he never forgot “Miss Connie” either.

Decades later, as Mauro prepared to celebrate her 99th birthday, staff members at Atria Johnson Ferry in Marietta, Georgia, the assisted living facility where she currently lives, decided to give her the surprise of her life.

After several phone calls and pleas to the 61-year-old actor on social media, staff members finally got a response.

“You know you have to fall in love with Connie, you can’t tell her no,” Katie Barrentine, engage life director at Atria Johnson Ferry, told CBS News.

Unfortunately, due to the actor’s busy schedule, it looked like he wouldn’t be able to attend her birthday celebration in November. But he did want to wish her a happy birthday. So, on the day of her big party, Washington called Mauro on the phone.

“You were the cutest kid! I loved you,” Mauro told Washington over the phone. “You were my special library boy.”

“You don’t know how much you helped me. You helped me so much,” Washington responded.

Washington promised Mauro he would come and visit her in December while promoting his news movie, “Fences,” in Atlanta.

Last week, Washington followed through on his promised visit.

As soon as he walked into the home and saw Mauro sitting on a brown leather couch, he sat right down next to her, held her hand and gave her a kiss on the cheek.

Read more about how this kind-hearted actor made Connie’s birthday extra special at CBS News.