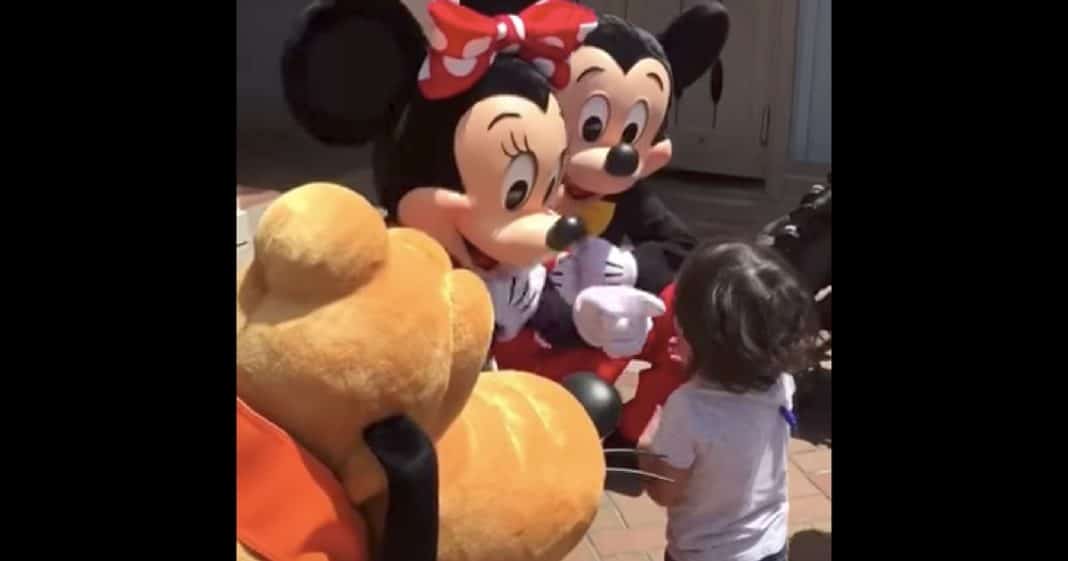 Disneyland is supposed to be the “Happiest Place on Earth,” and the cast who works there does their best to make sure that’s true for everyone who comes into the park.

One of the most beautiful ways they do this is by going out of their ways to make sure kids (and adults) with disabilities feel included and special.

On a recent trip to Disneyland, this toddler, who is deaf, approached some of the characters to say hi. When Mickey Mouse, Minnie Mouse, and Pluto realized he couldn’t hear, Minnie started talking to him in sign language!

As Minnie signed, “I love you,” and, “It’s nice to meet you,” the little boy began to light up, amazed that these characters could talk to him in his own language.

What he did right after is absolutely precious. We won’t ruin it for you – click below to see the sweet moment for yourself:

It’s clear that seeing his favorite characters communicate with him in a way he could understand meant the world to this little guy. He immediately walked into Minnie’s arms and she gave him a loving embrace.

These characters might never know just how much that one act meant to this young boy. He was visiting Disneyland with the non-profit organization Olive Crest, which works with abused, neglected, and at-risk children.

This little boy has been through a lot in his short life, and the seemingly small act of the characters signing to him meant more than they could ever know.

“He lights up,” said Heidi Riehl, a spokesperson for Olive Crest. “It’s like they speak his language.”

We know that sweet moment is one this young boy will not soon forget, and it’s one we’re not going to forget either!

Were you as touched by what these characters did for this young boy as we were? So share this!