Deaf Man Tries To Order At Starbucks, Then Barista Hands Him This Note… 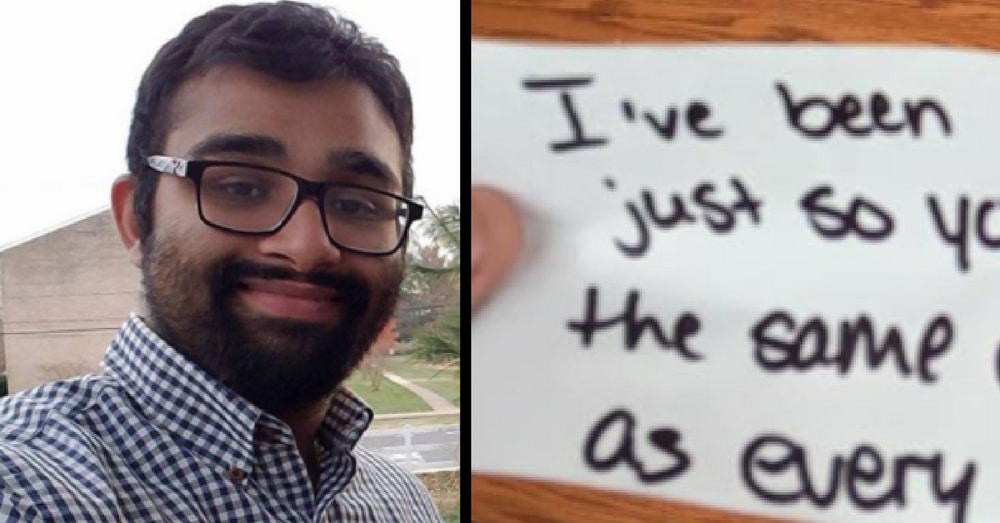 After suffering from a high fever at the age of two, Ibby Piracha was left deaf and mostly mute. While being deaf certainly has its challenges, Ibby has learned how to get along in the world and be independent.

He goes to Starbucks about three times a week and usually orders the same thing – a caramel Frappuccino, but he types his order on his phone and shows it to the barista since he can’t actually say it.

On a recent coffee run Ibby was surprised when he went to order and the barista, Krystal Payne, handed him a note. What it said almost brought him to tears.

“I’ve been learning ASL,” it read, “just so you can have the same experience as everyone else.”

When he looked up Krystal signed, “What you want drink?”

While it seems like such a simple act, what Krystal did touched Ibby deeply. He found out she had been studying YouTube videos for hours to expand her knowledge of American Sign Language so she could communicate with him.

Ibby shared a picture of Krystal’s note on Facebook. “I am so blessed with her,” he wrote.

Ibby hopes that by sharing his story others will realize that “the hearing world and the [deaf world] are trying to communicate.”

As for Krystal, she insists what she did wasn’t anything special.

“My job is to make sure people have the experience they expect,” she said, “and that’s what I gave him.”

It may not seem like a lot to her, but to Ibby and thousands of deaf people around the world, that one small act meant everything!

Were you touched by what Krystal did for Ibby? So share this!