Judges Skeptical When Deaf Girl Says She’s Singing. By The End Entire Audience Is In Tears 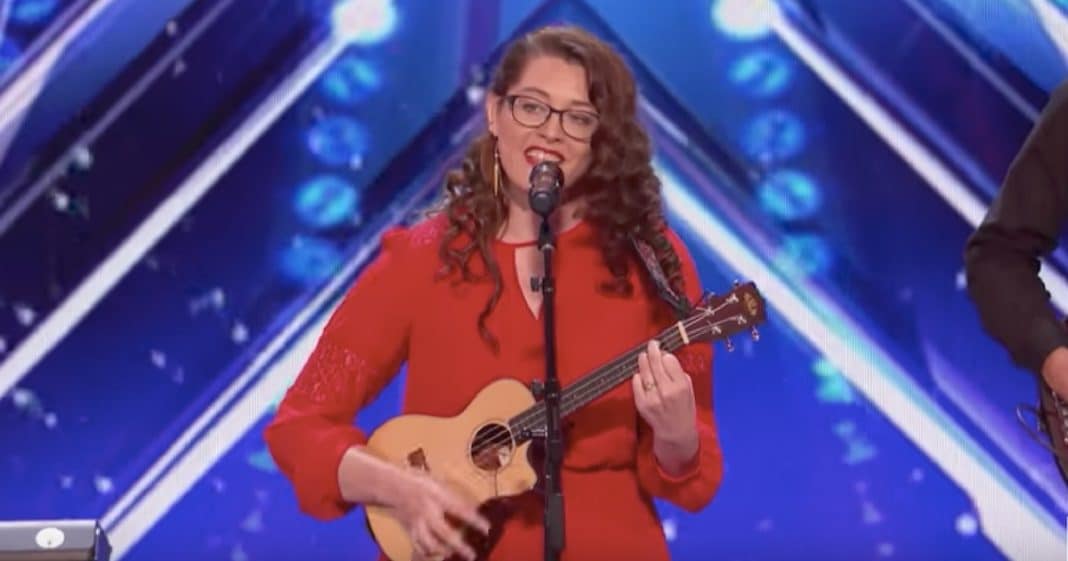 When 29-year-old Mandy Harvey took the stage of America’s Got Talent and said she was going to sing, the judges and audience were understandably skeptical.

You see, Mandy suffers from a connective tissue disorder that caused her nerves to deteriorate. She lost all of her hearing when she was 18 years old.

Mandy explained that she has always loved music and started singing when she was just 4 years old, so when she first lost her hearing she was devastated and tempted to “just give up.” As time went on, though, she became determined to press on and not let her disorder define or limit her.

“I left music after I lost my hearing and then figured out how to get back into singing with muscle memory, using visual tuners, and trusting my pitch,” she explained.

As she got ready to sing, it was obvious the judges were intrigued, wondering how well Mandy would actually be able to sing without being able to hear. Within seconds, though, they knew they were witnessing something incredibly special, and what Simon did at the end of her performance had the entire audience in tears.

Click below to see Mandy’s incredible and inspiring performance:

“Mandy, I don’t think you’re going to need a translator for this,” Simon told Mandy as he reached over and hit the Golden Buzzer. “I’ve done this a long time. That was one of the most amazing things I’ve ever seen and heard.”

“Honestly, I never think I’m gonna be surprised or amazed by people, and then you turn up,” he added. “Just the fact that you are you, but it was your voice, your tone, the song was beautiful.”

Mandy’s incredible performance has touched and inspired millions already, but perhaps the most poignant comment came from a girl who suffers from the same disorder Mandy does.

“She has that same connective tissue disorder as me and I am starting to have my nerves and joints deteriorate,” Jillian Dougherty wrote. “I am 13 and I love making music and singing this is so inspiring for me so I now will always have to courage to keep singing. Thank you.”

We can’t wait to see what this inspiring songstress does next!