Dead Whale Found With More Than 1,000 Pieces Of Plastic Inside Its Stomach 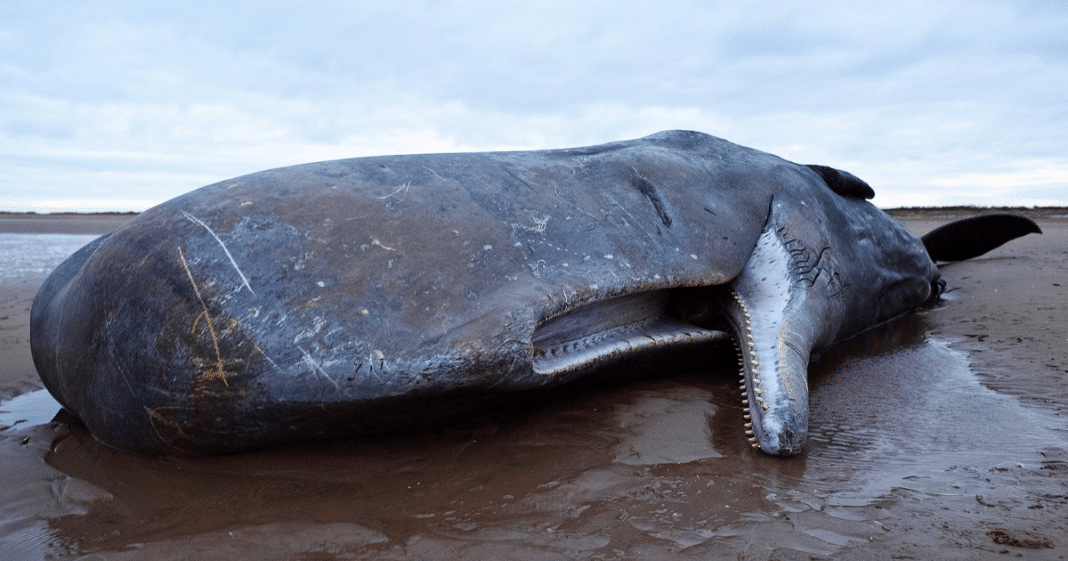 Environmentalists and government officials were alarmed by the beaching of a dead whale that was discovered ashore in Jakarta, Indonesia late Monday evening. According to a park official, whale’s stomach contained a big lump of plastic waste, which included drinking cups and some flip-flops.

The incident took place at Wakatobi National Park in the Southeast Sulawesi province. Indonesia is a country known to be one of the largest plastic polluters in the world. Rescuers found the 9.5-meter (31-foot) sperm whale’s rotting carcass after receiving reports that villagers had encircled the dead whale and began to butcher it’s corpse, according to park chief Heri Santoso.

“Although we have not been able to deduce the cause of death, the facts that we see are truly awful,” said Dwi Suprapti, a marine species conservation coordinator at WWF Indonesia.

She did note that it was impossible to determine whether or not the plastic was the cause of the whale’s death due to the poor creature’s advanced state of decay.

According to a study published in January’s edition of the Journal of Science, over 260 million people live in the archipelago known as Indonesia, making it the world’s second-largest plastic polluter just under China. It’s said to produce 3.2 million tons of neglected plastic waste a year, of which about 1.29 million tons eventually find its way into the ocean according to the study.

6 Kg of plastic found inside a dead Whale

#WATCH | Over 1,000 pieces of plastic items including flip-flops found inside a dead whale’s stomach in #Indonesia

Indonesia’s coordinating minister of maritime affairs, Luhut Binsar Pandjaitan, said that the discovery of the whale and it’s unfortunate condition should serve to raise public awareness concerning the need to reduce plastic use. Pandjatan also claims that the incident prompted the government to enact more stringent environmental regulations to protect the ocean.

“I’m so sad to hear this,” said Pandjaitan, who recently has campaigned for less use of plastic. “It is possible that many other marine animals are also contaminated with plastic waste and this is very dangerous for our lives.”

He claims that his government’s making efforts to reduce it’s population’s use of plastic, which includes urging stores not to give customer’s plastic shopping bags and going to schools nationwide to educate kids on the dangers of plastic to the environment.  Pandjaitan says that his government targets a reduction of plastic use by up to 70 percent by 2025.

“This big ambition can be achieved if people learn to understand that plastic waste is a common enemy,” he told The Associated Press.