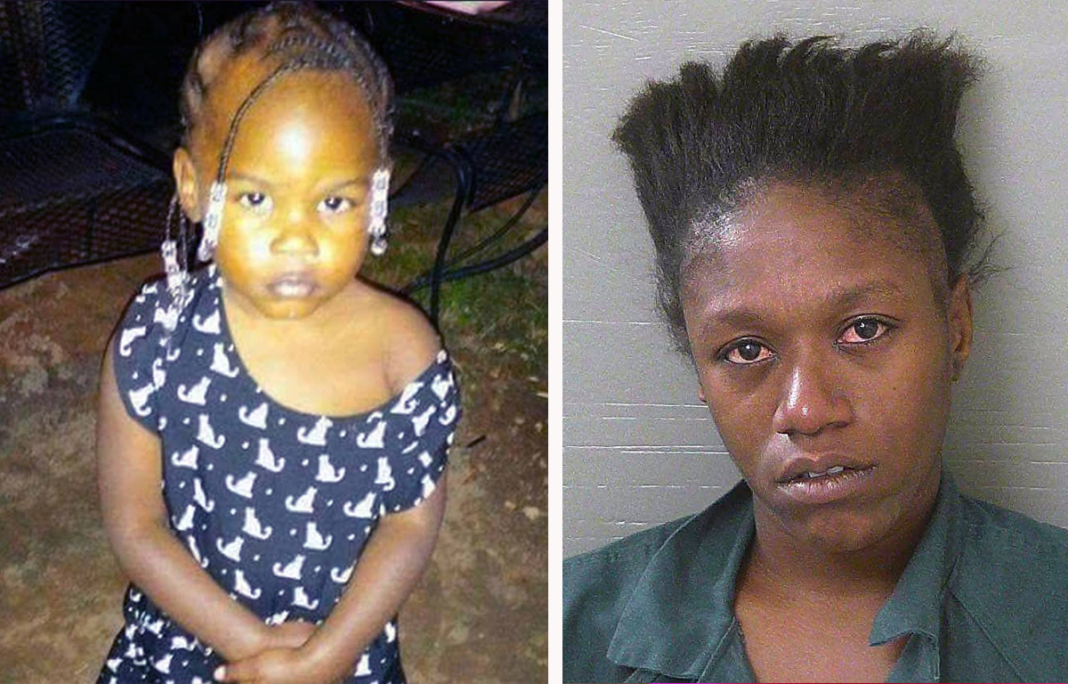 Almost exactly a year to the date that she was arrested and charged with Aggravated Manslaughter of Child by Culpable Negligence, Louvenia Johnson was sentenced to 11 months and 15 days in jail and 10 years probation after 3-year-old Jai’Nier Barnes died inside a hot daycare van.

The van sat outside the daycare where Johnson, 29, worked, yet neither she nor Cornel McGee, 27, who drove the van, would ensure that the little girl made it into the daycare on August 18, 2017.

She faced a possible sentence of 13 years in prison after entering a plea of no contest to the charge of aggravated manslaughter.

Louvenia Johnson, 29, was sentenced to 11 months in jail for her part in the death of a 3-year-old who was left in a hot van last summer. https://t.co/5qGxHwuXOE

Prosecutor Trey Myers commented on the sentencing and his recommendation on punishment the state was seeking.

“I don’t have an answer for what’s right … . It’s become an epidemic of some nature and something has to be done to grab their attention, judge,” said Myers.

There have been dozens of cases of caregivers who have left children in hot cars so far this year.

Johson worked at His Arms Christian Academy in Pensacola, and will not be allowed to work with children during the probation.

Cornel McGee was found not guilty of aggravated manslaughter. He had picked up Johnson and the 3-year-old on route to His Arms Christian Academy, according to Chief Deputy Chip Simmon.

According to the Pensacola News Journal, Johnson allegedly made a comment about the fact that Jai’nier was sleeping during the ride and unbuckled the girl’s seatbelt when the van returned to the center.

McGee claimed that Johnson was distracted by another child and put Jai’Nier back down after picking her up.

“She must have laid back down and went back to sleep,” Johson said according to an arrest report.

Both Johson and McGee signed off on a transportation log that all the children were accounted for at 8:52 a.m., according to Simmons.

McGee claimed to have looked in the rearview mirror but didn’t see any children in the van.

According to a report, he said that the van was always left unlocked and that the girl “could have exited the van unless she was too weak from the heat.”

Around 1:10 p.m., another daycare van driver went out to start the afternoon route and finally found the girl in distress. She had crawled to the driver’s seat of the van from where her car seat was located at the rear of the vehicle.

Daycare workers performed CPR. Then Jai’Nier was taken to the hospital but died of hyperthermia after being inside the van for over four hours.

There is evidence she had tried to escape the van, but sadly it was too late.

In July 2014, Louvenia Shantae Johnson was cited for leaving two children in a vehicle unattended at a Save A Penny. They were not restrained, which carried restraint violations. She pled no contest to leaving a child unattended and fines were imposed without adjudication.

Three days after the death of Jai’Nier Barnes, 5-year-old Kamden Johnson died after he was left in a van by a 46-year-old daycare worker in Mobile, Alabama.

There was a candlelight vigil for Jai’Nier Barnes and Kamden Johnson.

It’s unclear what it will take to stop this horrifying pattern of needless deaths caused when children are abandoned inside hot vehicles.

Community candlelight visual is tomorrow at 6:30 p.m. at Municipal Park in Mobile to remember Kamden Johnson and Jai'Nier Barnes. pic.twitter.com/rtXUWvjMFR