Daughter Takes Prom Pics At Father’s Grave, But She Had No Idea This Would Be Waiting For Her… 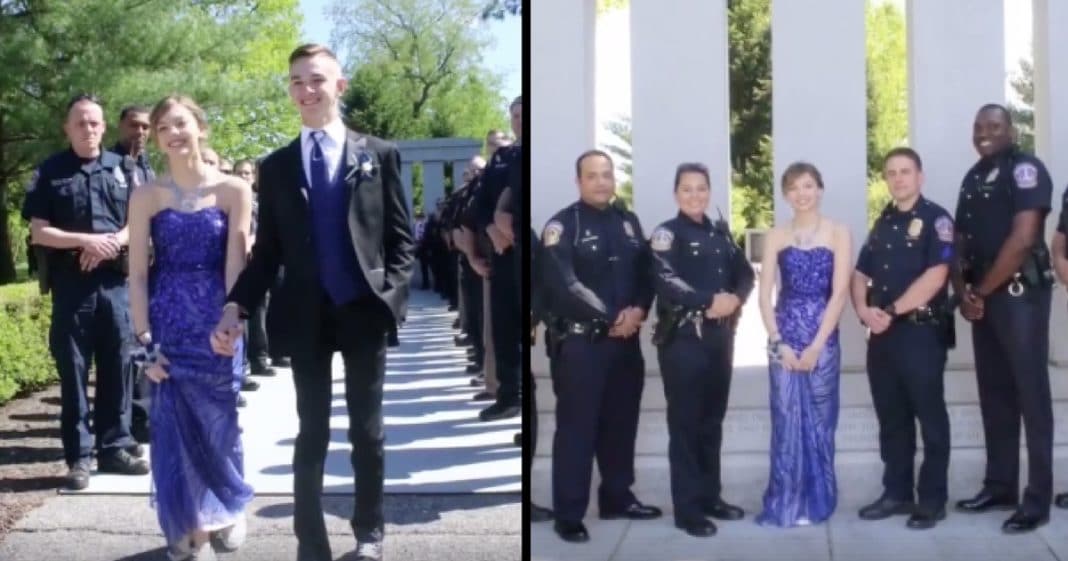 Going to prom is a rite of passage for many teens across the country. It’s a chance to dress up and go out, and also a sign that these kids are growing up and about to head off on their own into the real world.

One of my favorite parts of prom season is seeing the pictures of the girls – all dressed up and looking so beautiful – standing next to their proud papas. It’s the moment these men realize that daddy’s little girl is all grown up, and it is so sweet and special and emotional.

But when Sierra Bradway was getting ready to go to prom, she knew that was a moment she would never get to experience. Her father, Officer Rod Lee Bradway, was an Indianapolis police officer who was killed in the line of duty four years ago while saving the lives of a woman and her baby.

Since she couldn’t actually take a picture with her dad, Sierra decided she wanted to visit his grave and take some pictures with her date there so her father could be part of the big day at least in spirit. But when she got to the cemetery, she saw something that left her stunned…

As the car pulled up, two officers on horseback stood at the ready. They escorted Sierra and her prom date, Brock Spayd, to her father’s grave where dozens of officers awaited them.

It turned out the whole thing had been orchestrated by Brock’s mom, who is a captain in the Marion County Sheriff’s Office. She knew the pair was planning to visit the cemetery and decided to make a few calls to help make the day extra special for Sierra.

Sierra was overwhelmed by what these officers had done for her and so touched by the love so clearly on display Even though her own father was gone, these officers showed her they would always be her family and would be there for her forever.

The police department shared a sweet video of the special day, and their caption summed it up perfectly:

“There were a lot of laughs, some tears, but most importantly, there was love. Sierra, we know your father is smiling from heaven. Know that your Blue Line Family will always be here for you.”

Were you touched by what these police officers did for Sierra? So share this!