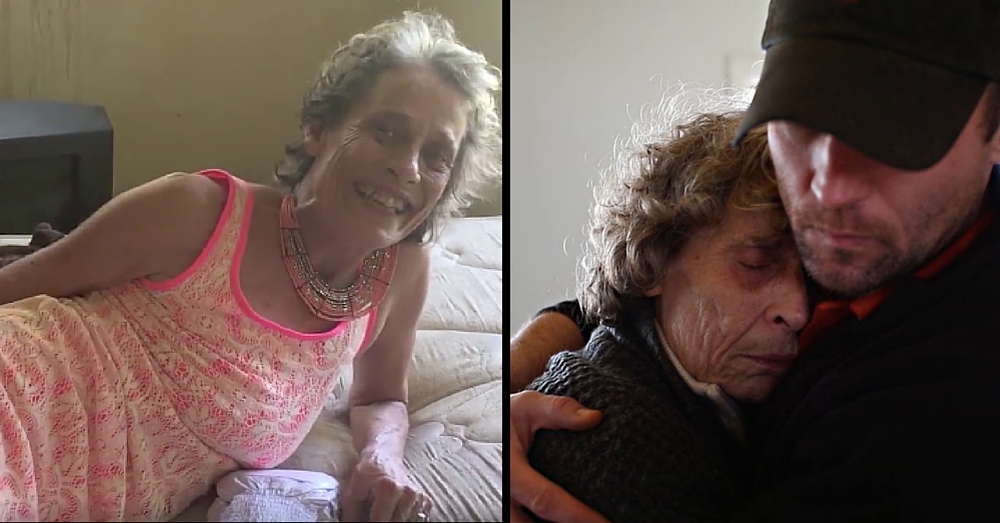 Mental illness is hard, not only for the people who have it, but for those who love them as well.

Emily Robinson knows this firsthand. He mother has had schizophrenia since before Emily was born.

“She went off her meds because she was pregnant with me,” Emily said. “One day, she got really sick and wandered off in the snow. They found her, and gave her medicine, and I was born the next day.”

Life has been hard for Emily and her brother, Seth – some days are good while others are really bad – but she knows that there is more to her mother than her illness.

“She’s just a really good person. She’s a really good mom. She puts cards in the mail, and she calls and tells me she loves me and that she’s proud of me,” Emily said.

People with mental illness are often stigmatized and ostracized, both by society and often their own families. Emily wanted to do something to help people “see mental illness from a place of love,” so she started the You Are In This World project to document her relationship with her mother and show the world what life with schizophrenia really looks like – the good, the bad, and the ugly.

She started her campaign with a powerful video in which her mom talks about her love for her grandchildren and shows off their drawings, which are hanging up around her home, before becoming overwhelmed and emotional. The video gives viewers a poignant view into the world of mental illness, allowing them to see this woman for who she really is instead of only seeing her illness.

Thankfully, Emily’s mom has a family who loves her and won’t give up on her. A followup video shows Emily and Seth cleaning out their mother’s home after a particularly bad episode led to her being involuntarily hospitalized by the sheriff’s department. Some of the footage is difficult to see, but the power of her children’s loving kindness is on full display as they bring their mother home. The videos have already made an impact far greater than Emily could have imagined, and she’s glad that by sharing her mom’s story she is making a positive impact.

“I’d say people don’t get it, but thousands of people do, millions of people do,” Emily said. “But we don’t talk about [mental illness]. That’s the point of putting this out there. I need people to see mental illness from a place of love.”

Do you think more people should see these powerful videos? So share this!