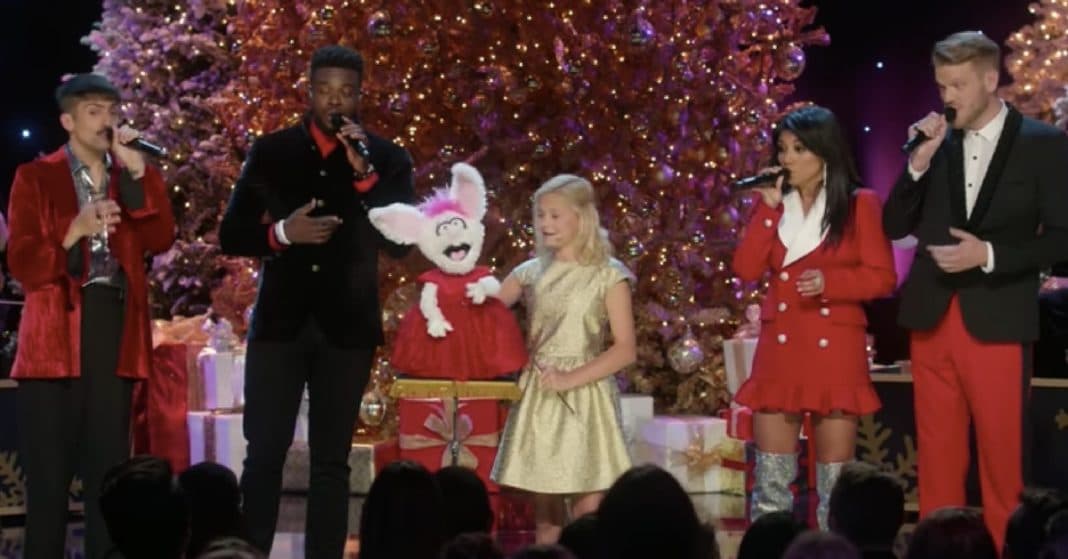 It was only a few months ago that 12-year-old ventriloquist Darci Lynne Farmer stole our hearts on America’s Got Talent, but she has already become a household name!

The talented pre-teen wowed the audience and judges with her incredible act, introducing several puppets along the way. There were many talented acts on the show this year, but Darci beat them all and ended up winning the whole show!

Now she’s getting the chance to share her talent with even more people! Recently, the now-13-year-old joined beloved a cappella group Pentatonix for their “A Very Pentatonix Christmas” special.

Darci brought her rabbit Petunia along for the show. While Darci gushed that she was a big fan of the group, Petunia bluntly admitted she had never heard of them, but she agreed to sing a song with them anyway.

Group member Kevin Olusola hummed a few lines of a Christmas classic and asked Petunia if she knew it. When she said she did, Pentatonix said they would sing backup for her, but when Petunia began to belt out the song, it sounded a little different than they were used to…

Of course a rabbit would be more familiar with Easter songs than Christmas ones!

Petunia had the whole audience in stitches and Darci proved yet again just how talented she truly is!

Did you love watching Darci and Petunia perform with Pentatonix as much as we did? So share this!