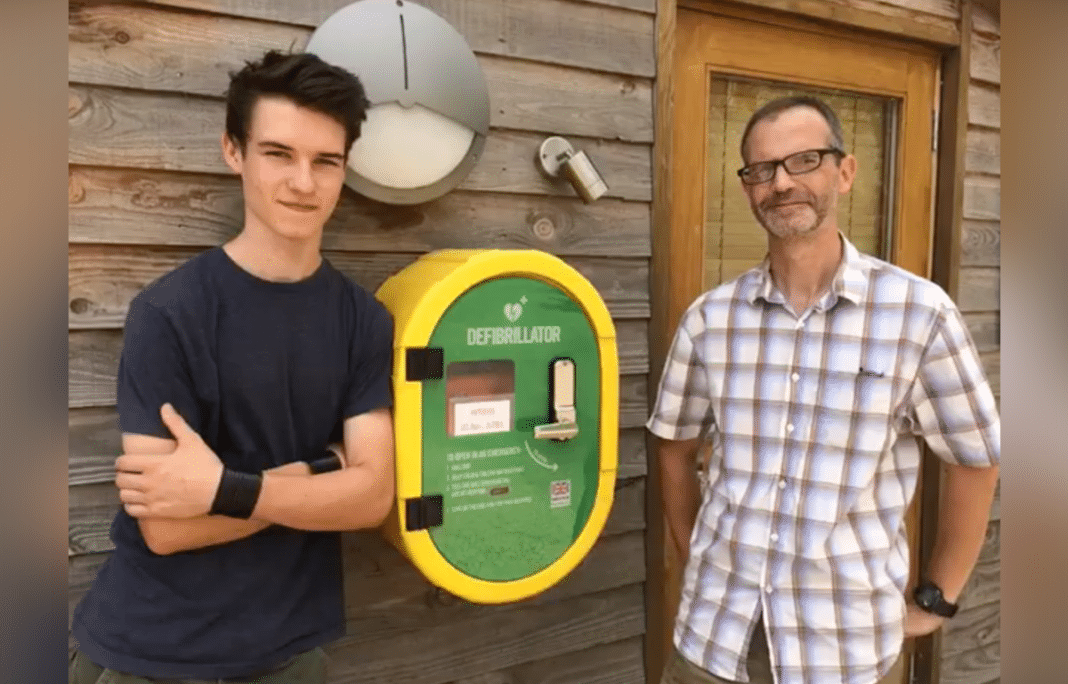 Stuart Askew, a 46-year-old manager at a school in the UK, was proud to help install a defibrillator after the school applied for the life-saving device through the British Heart Foundation. It would be available for the entire village. Askew installed the battery and ensured that it was working properly, but had no idea that just two days later, he would save his own son’s life with it.

“Literally two days before, I was sitting in the middle of the staff room putting the battery in it – and then the idea that the first person that it gets used on is actually my son… It’s staggering,” says Stuart.

His son Ethan, who went to the school where his father worked, had never shown any signs that he was anything other than an average healthy teenager. He was 15 years old at the time.

When Ethan Askew started to feel ill in a sports class, it was his dad who used the school's newly installed…

Then the unthinkable happened. Ethan collapsed on the school field during a sports class. Then he stopped breathing, and his teacher and others scrambled to try to get help and give him CPR.

“I was just leaving a meeting when three girls ran up the stairs saying Ethan had collapsed,” said Askew.

The dad didn’t realize how serious it was until he saw the school receptionist performing chest compressions on his son. Then he knew it was much worse than he realized.

“It was without a doubt the scariest day of my life,” said Stuart. “The realization of what was happening only hit me as I ran across the school field and could see that someone was performing CPR on Ethan, my son.

The stunned dad realized that he would be trying out the defibrillator for the first time on his own son.

“Literally two days before, I was sitting in the middle of the staff room putting the battery in it – and then the idea that the first person that it gets used on is actually my son… It’s staggering,” said Stuart.

After Ethan’s classmates retrieved the device, Stuart prepared to save his son’s life.

Even though he extremely stressed at the time, he said that the device was actually very easy to use. Without it, he knew his son would have passed away. 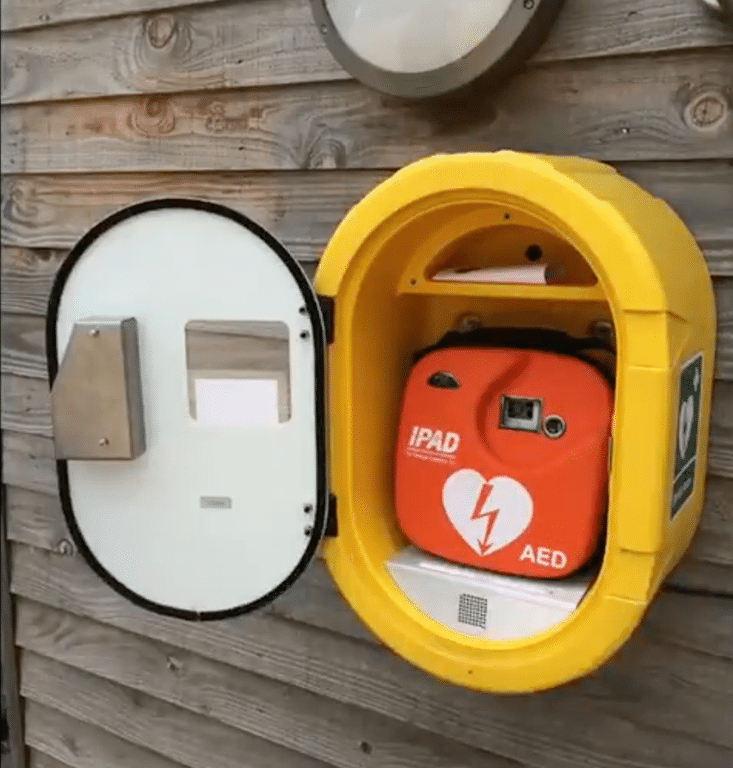 The defibrillator that Askew installed at the school

“It was very scary, but as soon as I remembered we had a defibrillator I kind of didn’t doubt it would have an OK ending. It was a terrible and frightening experience but I never really had any doubt that that was it.”

He used the defibrillator successfully, and Ethan was taken to a hospital just minutes later.

Doctors discovered that Ethan had a genetic condition that resulted in a narrow coronary artery. The exercise in sports class had restricted oxygen to his heart, causing his collapse.

He would have surgery to replace the artery and only a few months later went out hiking, fully recovered.

His Dad is thankful that his son was within reach of a defibrillator at the school that day. If the timing had been just slightly different, the outcome would have been tragic.

Today, Stuart Askew is supporting efforts to make it easier to track the locations of defibrillators across the whole UK. In a collaboration between the British Heart Foundation, the NHS, and Microsoft, the life-saving devices are being mapped out so that emergency call handlers and ambulance services will know exactly where to find them going forward.

So, not only did Askew save his son, now he’s helping to save lives across the UK.

Although access to defibrillators can save thousands of lives, their location has often been unkown, until now.

The amazing dad wants to encourage anybody in an emergency to have the confidence to use a defibrillator if the time comes.

“Have the confidence that the device is there to help. As soon as you unzip the pack there are only one or two buttons to press and the device tells you what to do.”

“Don’t be afraid and just know that you’re doing some good – you have the potential to save someone’s life by having the guts to go and get this device and it really is just having that confidence to grab it and be part of helping somebody.”

A Herefordshire Dad was able to use a defibrillator which he’d just unpacked to save his teenage son’s life. Stuart Askew did CPR and used the defib after his son Ethan collapsed at the Steiner Academy in Much Dewchurch.