Dad fights for his life after tragic accident, then his 8-year-old son exposes truth to first responder 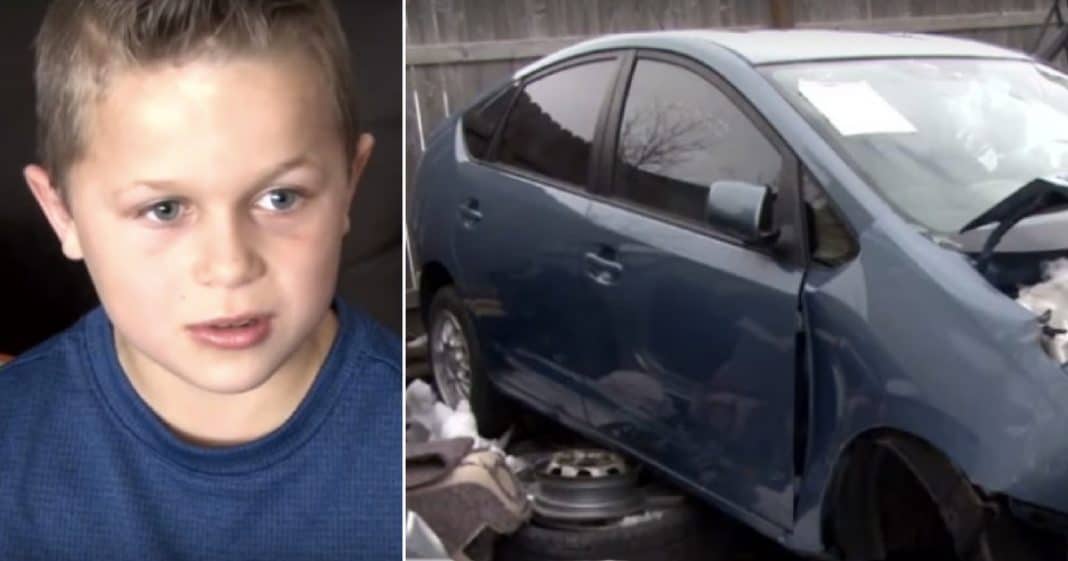 The day started out normally enough. Stephen Parker was at home working on his car with his two sons, Mason, 17, and J.T., 8. Little did the three of them know that by the end of the day they would be witness to an incredible miracle.

The car they were working on was heavy. So heavy, in fact, that it had taken both Stephen and Mason working together to jack it up.

After a little while Mason went inside, leaving J.T. outside with his dad while Steven attempted to fix the car’s axle.

All of a sudden, the unthinkable happened. The jack gave out and the car fell on top of Stephen, crushing his chest.

“I was totally trapped,” he recalled.

He knew he wouldn’t last long if he didn’t get help, but he also didn’t want to alarm his young son.

Finally, though, as he began to lose consciousness, Stephen called out to J.T. Then he began to slip away.

“All I remember is I felt peace,” he recalled. “I remember seeing white, like a nice happy day. The clouds were going by, and everything was happy and peaceful.”

As soon as J.T. realized something was wrong he ran over to the jack and began pumping. J.T. only weighed 50 pounds, but despite the fact that it had taken two grown men to jack the car up before, J.T. had it lifted in a matter of minutes.

“It was scary,” he said later, “and I didn’t think that I could jack the car up, but I just kept on trying.”

After he got the car up the young hero ran to get his brother, who called 911.

In the 911 call recording, you can hear Mason telling his father to breathe.

A medical helicopter soon arrived to fly Stephen to Eastern Idaho Regional Medical Center. What they found was a miracle.

“They did a bunch of scans on me, MRIs and EKGs, and all they found was 13 broken ribs,” Stephen said. “That’s all they found. Nothing internal was damaged. It was just a miracle.”

Remembering the incident and J.T.’s astonishing display of strength in the moment, the family decided to see if the youngster would be able to jack up the car again.

When asked how he thinks he was able to save his dad that day J.T. responded simply: “Angles.”

“It made me realize that we are not alone,” Steven said about the miraculous incident. “There is a higher power taking care of us and watching over us.”