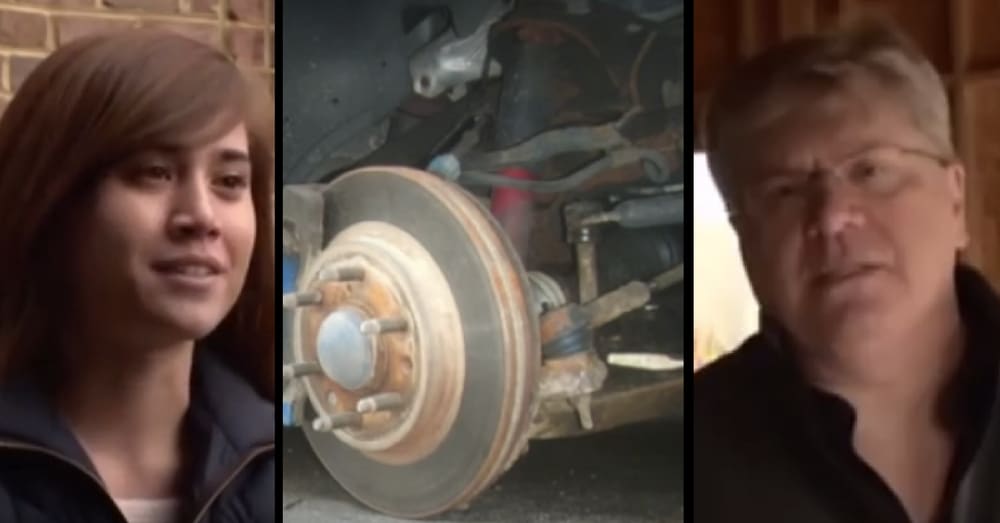 Eric Heffelmire was working on his truck inside his garage when the unthinkable happened – the jack slipped and the truck fell, trapping him under the vehicle.

Then things got worse. The fall caused some gasoline to spill. Then there was an explosion. The truck went up in flames.

Eric thought he was done for.

“I thought they’d be pulling out a dead body later in the evening,” he recalled.

But then, a miracle.

Eric’s 19-year-old daughter, Charlotte, was home from college on Thanksgiving break. She happened to walk into the garage about 10 minutes after the fire started, and that’s when she went into superhero mode.

“[I] kind of came into the garage and the garage was already on fire and really from there I kind of snapped into whatever super mode I had at that point and kind of do what I had to do,” she said.

Charlotte is a cadet at the Air Force Academy, but she’s also tiny – standing 5-feet-6-inches tall and weighing only 120 pounds. In that moment, though, she took on some super-human strength.

She lifted the truck twice in order to free her father.

“I lifted it the first time, he said, ‘OK, you almost got it,'” Charlotte recalled. “Finally managed to get it out – it was some crazy strength – pulled him out.”

Once Eric was free Charlotte climbed into the still-burning truck and drove it out of the garage.

“I didn’t want the entire house to explode with the truck, so I started the truck, put it [in] four wheel drive, and just mashed on it with three wheels and just drove out,” she said. “It left a nice groove on the asphalt.”

Then she closed the garage door to contain the fire, ran inside the house to get the rest of her family out, and called 911 while she attempted to put the fire out with a hose.

Had the brave teen not been there, the story could have had a much different ending.

Now Charlotte is being hailed a hero, and was even given the Citizen Life Saving Award by the Fairfax County Fire & Rescue Department, but she insists she just did what she had to do.

Her father would beg to differ.

Charlotte was barefoot when she rescued her father and sustained burns on her feet and hands, as well as a back injury. She has taken a well-deserved break from the Academy while she heals.

One thing’s for sure, though: this Air Force cadet is already a hero!

Were you blown away by this teen’s heroic and life-saving act? So share this!