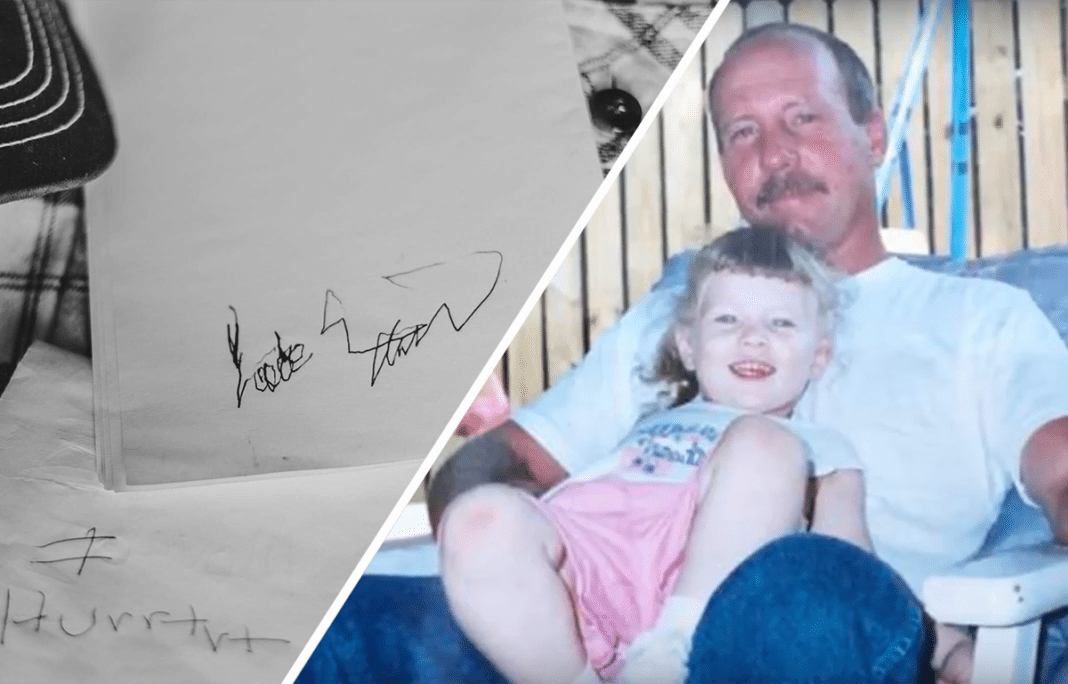 When we lose those closest to us, the little things become profoundly valuable. That’s what we see in the photographs by Lindsey Delisle-Prosperie, a 25-year-old from Bruna, Texas. When she unexpectedly lost her beloved father, Greg Delisle, to cancer, his handwritten notes on scraps of paper became irreplaceable.

She thought he would make it when her dad told her he had a “little bit of cancer,” a cancerous mass in his neck. He was optimistic, and they faced the future bravely, believing that treatments would work and all would be ok in the end.

“I was upset about the diagnosis, but I knew he could be cured. I thought he was going to be able to get better, but that didn’t happen.”

Delisle didn’t have health insurance, and the family struggled to pay for the treatments. Then he had to have a tracheostomy and a feeding tube. After that, he couldn’t verbally communicate with his daughter anymore. He had to write down what he was thinking. The notes gave his daughter hope that he was still strong and fighting and would pull through.

The short messages represent the final communications and memories with her father, Even though they are sad, she says they help her today:

“I’m glad you’re here with me”

“I’m sorry about today. It’s been hard on everyone.”

“I’m getting uncomfortable and hard to breathe.”

“Take all my tubes out.”

She kept the notes, thinking she would show them to her dad when he recovered, but sadly, he passed away after going into cardiac arrest in the intensive care unit. She bravely cared for him and remained strong for him, and finally, she let him go, signing papers to take him off life support. The family held his hand as he took his final breath.

“It was the hardest thing we have ever had to do.”

His final note, which is harder to read, was the word, “Love.” She guessed what he was saying after recognizing the letter, ‘L.’ This one, in particular, means the world to Delisle-Prosperie now.

Greg Delisle passed away less than two months after his diagnosis with cancer in March of 2018.

The young photographer shared her father’s notes on social media.

We thank Lindsey Delisle-Prosperie for sharing her story and are reminded that in the end, it’s the little things that mean so much. She has touched all of our hearts with her photographs.

The photographer may be reached at Photos by Lindsey.

“Photos by Lindsey focuses (no pun intended) on capturing your most important moments in a beautifully artistic way.”