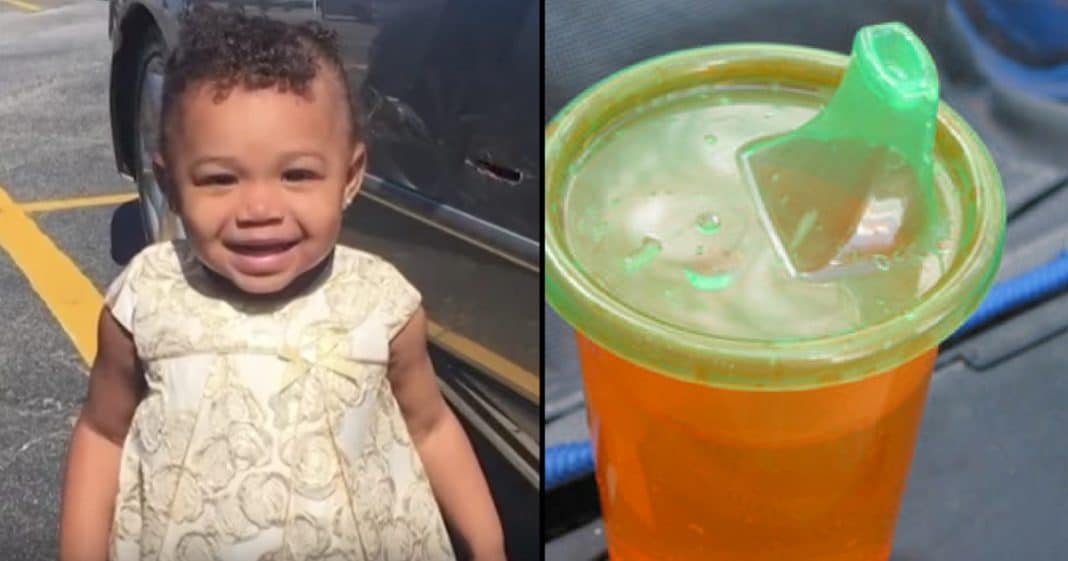 Mistakes happen everywhere. Some are forgivable, but others should have never taken place. The error made in this story is one such oversight that could have had deadly repercussions.

The Smith family went to a restaurant in Vinings, Georgia, for lunch after Sunday church services. The parents of 18-month-old Aaliyah ordered apple juice for their toddler to enjoy with her meal. But when they learned what she was served instead, they were upset and in shock.

At first, “everything was normal,” Aaliyah’s mom, Alexis Smith, said.

Everyone finished their meal. Then, as the family stood to leave. Aaliyah’s father noticed something wrong with his daughter’s beverage.

“We were about to leave, my spouse got the juice, it was in the kid’s cup, he tasted it, and his chest started burning,” Alexis said.

She also sampled the juice and also felt the burning in her chest. That’s when the horrified parents realized their daughter had been served alcohol.

The worried couple immediately summoned the manager on duty who quickly discarded the drink. The distraught manager filed an incident report and paid for the Smiths’ meal.

The manager did indeed confirm that Aaliyah was accidentally served alcohol. After speaking to the bartender, they concluded that a container had been mislabeled as containing apple juice.

The terrible blunder was upsetting for everyone involved.

“I started crying at the restaurant,” Alexis recalled. “As a mom, it was very emotional. Alcohol is something serious. You have to be 21 as an adult to drink it.”

As Alexis got Aaliyah ready to leave, she observed her little girl wasn’t herself. “She was a little off balance,” Alexis recalled.

The concerned parents headed straight to the doctor. Aaliyah was seen two and a half hours after she had her last sip of the alcohol. Thankfully, the physician found nothing wrong with the child.

Before the incident, the server had asked if they wanted Aaliyah’s juice poured into her sippy cup, but her parents declined. If they had agreed, the toddler would have been drinking alcohol for the entire day and could have died.

“I’m just lucky that my daughter did not consume the whole cup,” Alexis said, “because she probably would not be here now.”

What a sad, unfortunate accident, one that could have been prevented if the restaurant staff had been more vigilant. I’m sure from now on the Smiths will smell Aaliyah’s cup to make sure there is nothing harmful hidden inside. Be sure to share this with all your friends and family with young children. This is one mistake you don’t want to happen to them.

Were you shocked to read about what was in Aaliyah’s cup? So share this!