Dad Notices Couple Watching His Baby, Then Finds Note On His Car 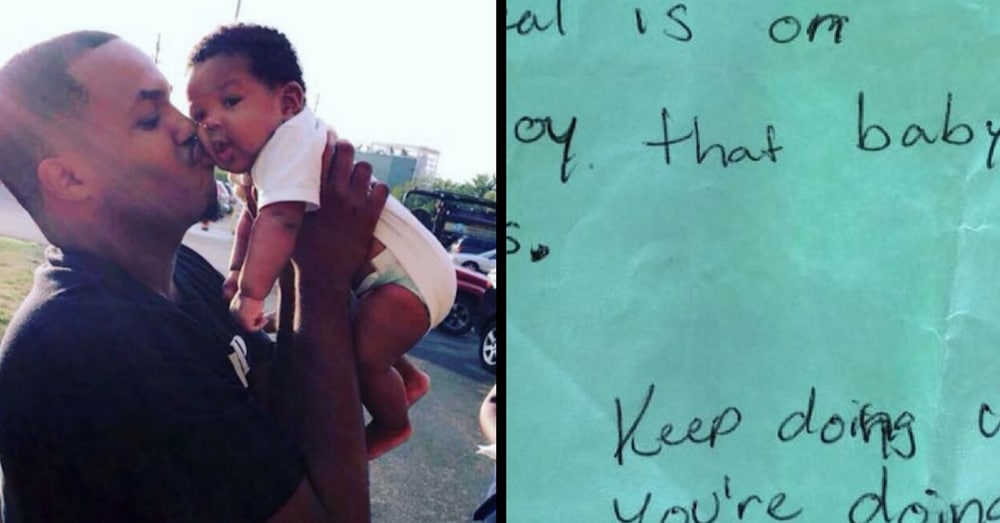 Kevon Smith Sr. is a special young man. Even though he grew up without a father, he determined that he would not follow in the same footsteps. Today he is the loving father of a beautiful 3-month-old son, Kevon Jr., and he quit a paying coaching job to volunteer his time coaching a football team in his community so he could be a good role model to those kids.

Recently Kevon took his son to Cracker Barrel for breakfast when he noticed an older couple staring at them. He thought it was odd and couldn’t figure out what was going on, but he finished his breakfast and walked out to his car.

That’s when he noticed a note on his windshield.

“Today your meal is on my wife and me,” it read. “Enjoy that baby boy as long as God intends. Keep doing what you’re doing. The Masons.”

The couple had also tucked some cash in with the note to cover Kevon’s meal.

When Kevin Jr. gets older Kevon plans to tell him about the kindness those strangers showed them that day. He wants to teach his son that even a small act of kindness can go a long way.

“I’m definitely going to make sure I’m paying it forward,” he said. “I get blessed. I want to bless someone else.”

Were you touched by Kevon’s story? So share this!