Dad Looks At Monitor To Check On Baby, Then Notices Strange Figure Slinking Across Floor… 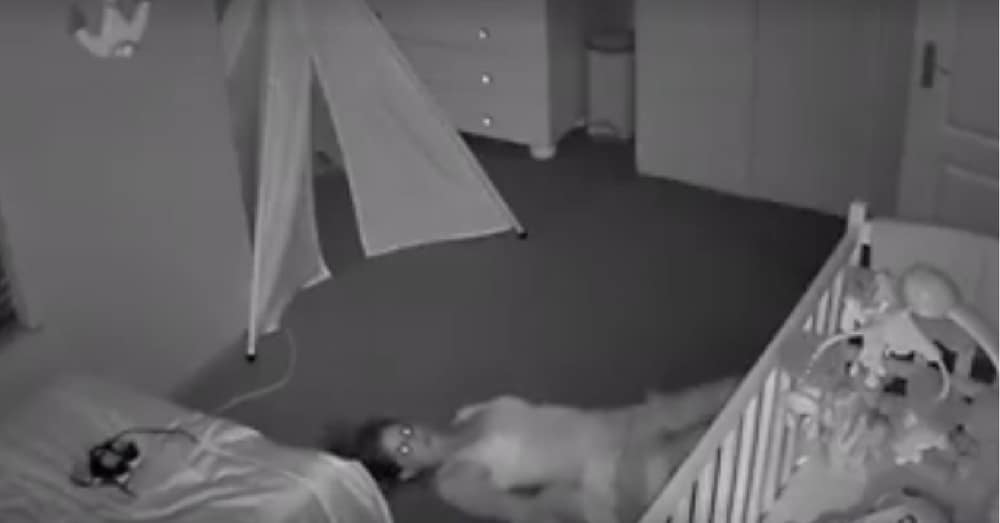 For a lot of moms out there, getting a child settled and sleeping for the night is a major feat.

Just ask Tyrone Morris’s wife, who went to extreme measures to make sure that once their child was sleeping peacefully in his room, nothing would disturb him— not even the sound and the movements of her walking out of the room.

Instead of simply walking out, Morris’ wife slithered out on her back. Meanwhile, her husband watched the whole thing happen, thanks to their baby monitor. He posted it on Facebook for the rest of the world to see.

Along with the video, he wrote:

“The best thing about having cameras in your house is watching your wife trying to exit the room after putting your son down!! Sometimes you have to use your initiative for your exit!! P.s. The [South African] Army are calling me for you to do training on the reverse leopard crawl!!”

After just four days, the video has been watched over three million times and has over 16,000 shares. Parents can’t help but see a reflection of themselves in the trending video.