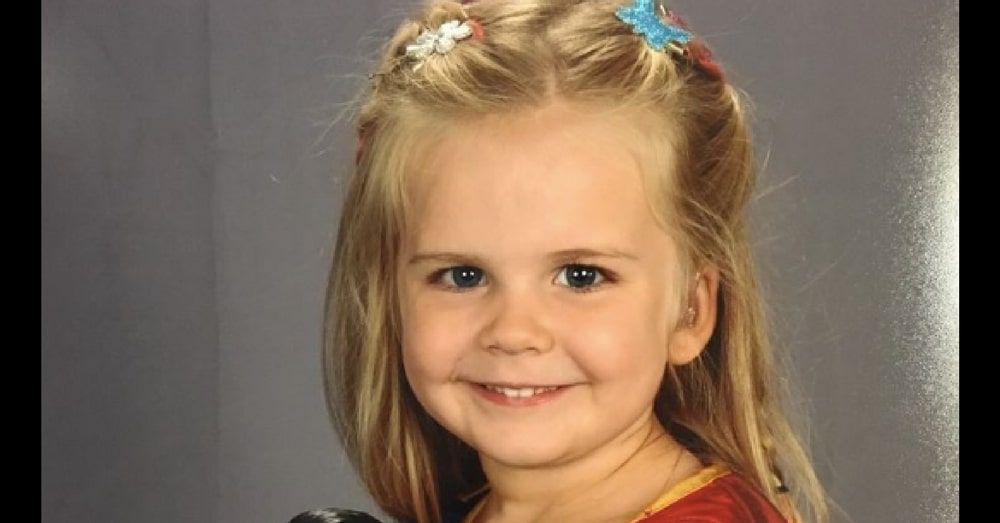 It looks like Halloween came a little early this year!

When it was time for picture day, 3-year-old Kaylieann Steinbach’s parents let her pick out what she wanted to wear.

I don’t think they were expecting her to pick out this outfit, but they decided to go ahead and let her wear it anyway!

Kaylieann’s dad, Austin Steinbach, said they usually give their daughter three outfit options to choose from in the morning, but this outfit hadn’t been on the table.

“Picture day was the same BUT Supergirl wasn’t a pick,” he said. “[S]he instead looked at what was offered and when I asked she proclaimed ‘POOTERGIRL’ and well, like I’ve said before, I couldn’t argue with that!”

Austin explained that “Pootergirl” is Kaylieann’s way of saying Supergirl. The toddler is 75 percent deaf and has trouble with “S” sounds. The family has been working together to improve Kaylieann’s sign language, and it has helped immensely.

“ASL has really brought out her personality in a whole new way and it has been such a life-changing experience to see her come into who she is,” Austin said.

Austin is obviously very proud of his strong and independent little girl, describing her as “unique, tenacious, bold, stubborn, brave, and every other word there is to describe joy, intelligence, and grace.”

And while he may not have put Supergirl on the table for picture day, he said it’s actually not much of a surprise that Kaylieann picked that outfit. The little girl loves to dress up and Austin said he often has to hide some of her costumes just so he can get them in the wash!

“This specific costume she got for our trip to San Francisco Comic-Con and she wore almost two weeks straight up until Comic-Con, which after we had the fight the century to get it off!” he laughed.

Thankfully, Kaylieann’s school is very supportive of letting kids be kids and they loved the toddler’s choice for picture day. In fact, Austin said they’ve come to expect her unique outfits, and some of the other kids have even joined it!

“Everyone is always excited to see what she picks out to wear every day,” he said. “I honestly don’t know if her classmates want to wear superhero gear more or less because of her, but it’s always fun and heartwarming when I drop her off or pick her up because her classmates are always talking about her being supergirl, or whomever she’s wearing that day.”

Some parents might be appalled at the thought of their daughter wearing a Supergirl costume for a picture that will be put in yearbooks and hung on walls, but we love that Kaylieann’s parents let their daughter shine in the outfit she loves most!

She may be dressing up like her favorite comic book heroes, but we think Kaylieann is the true superhero!

Did you love the outfit Kaylieann chose for her school photo as much as we did? So share this! 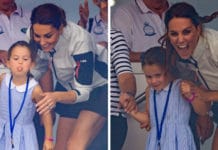 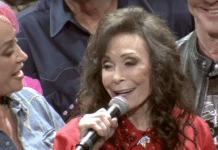 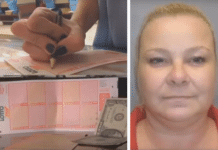 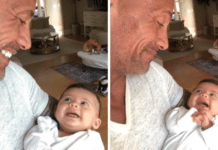 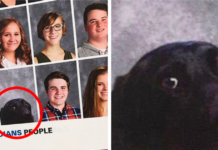