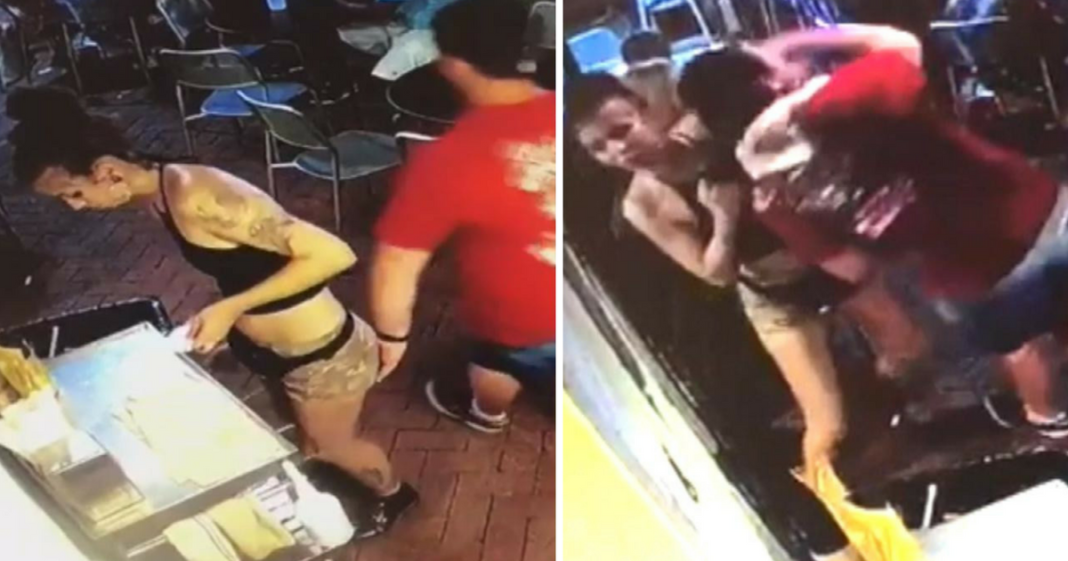 Some people are just pigs. There’s no other way to put it. Their behavior needs immediate and drastic addressing and adjustment. Emelia Holden, a 21-year-old waitress from Savannah, Georgia had no trouble showing a man who groped her backside just how inappropriate his behavior was. The surveillance video from the June 30th incident at Vinnie Van Go-Go’s has received over 80,000 views in less than a week. Here’s why.

In the footage, 31-year-old Ryan Cherwinski, from Palm Bay Florida can be seen grabbing Holden’s butt as he walks behind her. The young woman turns around, grabs him by the collar and proceeds to body slam him into a counter.

“I looked at him, and I said, ‘You don’t touch me, motherf—–!’ ” Holden tells PEOPLE. “I didn’t even think, I just reacted. I don’t know how I reacted the way I did. I’ve never done that before.” 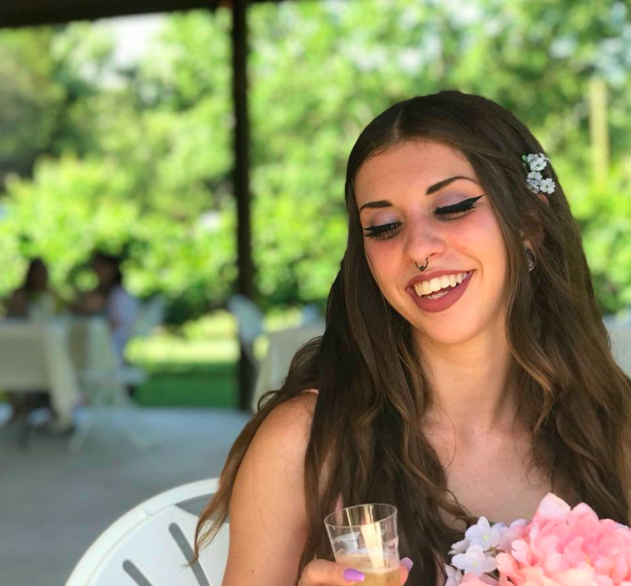 Before the assault, Holden had just finished taking an order. At first, she couldn’t imagine someone had done that to her – that someone had grabbed her in that way.

“When I felt that happen, my first thought was that it was one of my friends … it was a really intimate touch,” she says. “His hand went further than it should have so I was thinking, ‘There’s  no way a stranger just did that.’ ”

After the attack, she instructed a friend to call the police. The cops arrived, and after viewing the footage, arrested Cherwinski and charged him with sexual battery, according to a savannah PD spokeswoman.

It is believed Cherwinski was having dinner with the mother of his infant twin girls when the groping incident occurred.

“The guy claimed that he was just trying to push me out of the way and, ‘Oh, I barely touched you.’ Once the police saw the video, they immediately arrested him. There was no doubt that he did it,” Holden says, adding that customers nearby gave her high-fives.

She was pleased with how everything turned out. “It actually made me really happy,” she tells PEOPLE of her attacker’s arrest. “I knew something like that would happen eventually. I’m just happy that it was handled.”

Holden never expected her actions would garner such attention. But she’s glad of it if it’s inspiring other women and girls. “I’m not glad that it happened, but I’m glad that it’s had such a positive outcome,” she tells PEOPLE, revealing that she’s received dozens of Facebook messages with praise from women everywhere. “I’m glad that other women can see this and know that you can stand up for yourself. You also have the right to wear whatever you want without having to worry about being groped.” 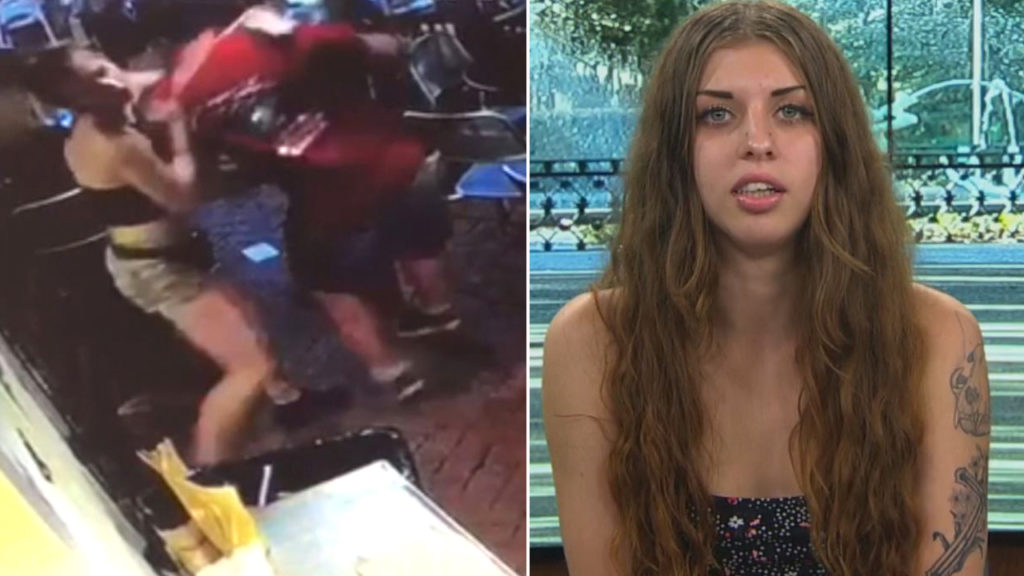 She adds: “It’s nice to know that I have empowered other women.”

She has been using the momentum from this event to help raise funds for a local animal shelter. Holden created a GoFundMe page where you can donate to her cause.