Dad Gets Strange Feeling, Grabs Daughters’ iPad. What He Finds Leaves Him Sick 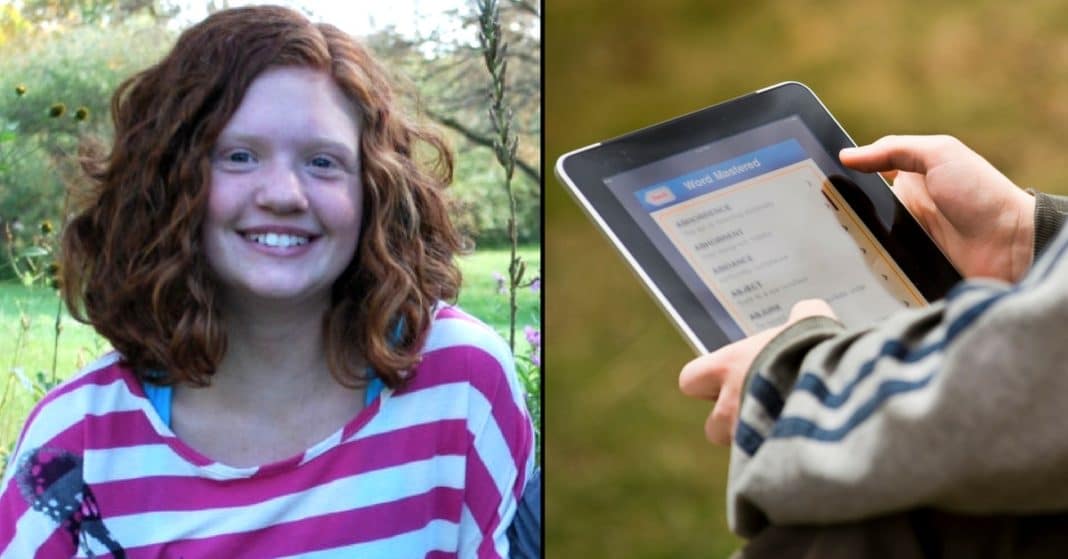 The internet has made parenting much more scary and difficult than it ever was before. In the old days, you could keep an eye on your kids and meet their friends so you knew who they were spending their time with. Now, many kids communicate on the internet, and even they may not really know who they are talking to.

Scott Jenkins is the father of two daughters and has always tried to be vigilant about what they are doing and who they are talking to. Recently, though, he discovered that even a vigilant parent can miss some truly scary stuff.

About five years ago, Scott started to notice some changes in his older daughter, Haylee. “[S]he was becoming secretive and sneaky,” he said.

Scott says he regularly checks his daughter’s iPad and messaging apps and had noticed some strange time delays, but nothing too concerning. One night, though, he had a funny feeling and decided he needed to check her iPad immediately. What he found left him shaken to the core.

There, in a message to a group of online “friends,” was a provocative picture of his daughter. Scott knew something wasn’t right.

“It began with a picture, a questionable, inappropriate image for a girl her age, and the sexy pose set my red flag on fire,” he said. “So my digging turned into a manhunt, checking everything in all her accounts.”

Scott knew Haylee had been talking to a 15-year-old boy named Bruce who had introduced a number of other “friends” into the social media circle. Bruce was actually an innocent young boy just having fun meeting people online – he had no idea he was actually part of something much more sinister.

In his digging, Scott discovered that four of the “friends” in the online group were actually adult men. Enraged, he turned over what he knew – as well as access to all of their technology – to the Cyber Task Force of Portage Police Department.

Seven months later, he got a call that left him cold:

“Mr. and Mrs. Jenkins, can you and your family please come to the police station as soon as possible?”

When they arrived, a detective explained that Bruce had been unknowingly set up as a scout to lure young girls into his circle as prey for the men to choose from. Bruce had over 2,000 young followers from all over the globe, and none of them were aware they were being set up as possible human trafficking victims.

“My beautiful girl was prey for these monsters,” Scott said, “she was quickly approaching a meetup (in her words), and I fear that I may have never seen my daughter again.”

Scott said he is sharing his family’s story in the hopes that it will scare other parents and convince them to be more vigilant when it comes to their children’s’ online presence.

“I hope this triggers fear in the hearts of every one of you,” he wrote. “Dig into your children’s accounts, ask them questions, and tell them not to have ‘friends’ they don’t actually know.

“I had no idea just how close I came to never seeing my daughter again.”

Most kids and teens are innocent – they would never imagine that someone they were talking to online wasn’t actually the person they thought they were. They need their parents watching over them, protecting them from the unknown dangers that lie on the other side of their screen.

“It’s worth the upset it may cause your child to keep them safe,” Scott said. “If you do not know or understand what to look for or how to monitor your child’s social media use, then ask someone who does, someone you feel you can trust with the life of your child.”

“This is not someone else’s problem,” he added, “this is, right here, right now, and real as the tears I shed for the innocence that was stolen from my daughter.”

If you would like more information on human trafficking or how to keep your family safe, you can contact the National Human Trafficking Resource Center at 1 (888) 373-7888.

Help us spread Scott’s story and keep other children safe. Share this!